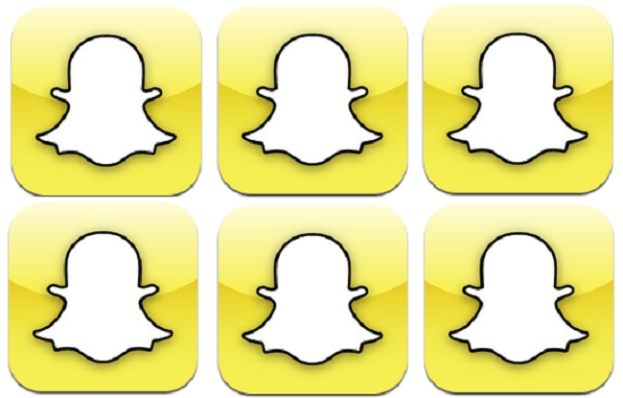 Snapchat recently debuted Banquo, the newest version of the popular photo-sharing app. Banquo introduces a lot of snazzy changes, but one of these changes had us puzzled – the smiley Snapchat ghost logo we’d grown to know and love, Ghostface Chillah, was altered so he had no face.

Snapchat updated its blog to comment on this new, creepier logo, putting a positive spin on it and calling it “Noface Chillah.”

“Many of you have noticed that in our latest iOS update, v5.0 Banquo, our mascot no longer has a facial expression. This isn’t because we forgot the face – it’s because you are the face of Snapchat,” they wrote. This is a nice sentiment but doesn’t alter the fact that the ghost looks scary and less distinctive without a happy face.

And it turns out that the decision to change the logo might have less to do with making a statement and more to do with not having to shell out in a lawsuit. The LA Times reported this link, noting that Snapchat and its founders Evan Spiegel and Bobby Murphy are facing legal action from Frank Reginald Brown IV, who says he also co-founded the absurdly popular app – and that he’s responsible for the original Ghostface Chillah name. His lawsuit against Snapchat alleges that Brown created the logo “by directing Spiegel on what to draw, while the latter implemented Brown’s direction on Adobe inDesign.”

The lawsuit clearly describes the logo as having a face. “The logo is a ghost cartoon drawn in black with a yellow background, the ghost is smiling and sticking its tongue out to the side.” Perhaps the reason Noface Chillah lacks the smile and tongue is to minimize similarity between the Snapchat logo and the logo Brown says he invented.

But the original Snapchat logo is still very present on the company’s website, so it may be that the creators simply wanted to send a message, that the look of their logo wasn’t particularly crucial to the app’s success.

Either way, it seems like too big a coincidence to have absolutely nothing to do with the lawsuit.

What is Mastodon? Here’s why everyone’s talking about this Twitter alternative
Twitter’s SMS two-factor authentication is having issues. Here’s how to switch methods
Twitter has reportedly suspended signups for Twitter Blue
Elon Musk invites Twitter complaints, gets 83,000 replies
TikTok is launching a dedicated gaming channel
What do the eyes mean on your Snapchat Story?
Elon Musk finally in charge of Twitter, reports say
Elon Musk officially owns Twitter now: a timeline of how we got here
How to use Twitter Advanced Search
Twitter to start charging for verification mark, reports say
Having trouble accessing your Instagram account? You’re not alone
Elon Musk considers bringing Vine back from the dead
Staying on Twitter? Here are two ways to make it easier