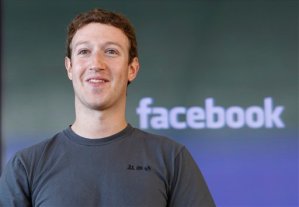 Facebook is often maligned for being a threat to personal privacy, a drain on productivity or, unless you’re careful, a roadblock to college admissions. It’s not very often we hear about the positive effects of Mark Zuckerberg’s social network. But a new study finds that Facebook can affect us for the better in one important way: how we feel about ourselves.

Researchers at Cornell University have found that a well-groomed Facebook profiles can act as a sort of mirror where users only see themselves as “the fairest of them all,” which, of course, results in a boost to self-esteem.

For the study, Cornell researchers placed 63 students in front of computers in the university’s Social Media Lab. Some of those computers displayed the participants’ Facebook profiles, some were turned off and some had a (real) mirror propped in front of them. Those that had the Facebook page were only allowed to look at their profile and its associated content.

“Unlike a mirror, which reminds us of who we really are and may have a negative effect on self-esteem if that image does match with our ideal, Facebook can show a positive version of ourselves,” said Jeffrey Hancock, associate professor of communication at Cornell University, in a press release. “We’re not saying that it’s a deceptive version of self, but it’s a positive one.”

Whether it be flattering photos or a sense of belonging, researchers aren’t sure exactly what it is about Facebook that brings about the good feelings, but say they will continue examining the different aspects of Facebook in hopes of discovering where the secret to self-esteem lies.

The study was published in the journal Cyberpsychology, Behavior and Social Networking.

This beloved TikTok hashtag just got its own app feature
3 reasons why Instagram Reels is failing to compete with TikTok
Instagram to start testing a repost feature
Edited tweets may be coming to your Twitter timeline soon
Elon Musk hints that he could start his own social media platform
Facebook Messenger finally starts testing end-to-end encryption for all chats
What does a check mark mean on Facebook Messenger?
Twitter’s latest features are all about curbing election misinformation
Snapchat Plus subscribers are getting these four new features today
You can (sort of) generate art like Dall-E with TikTok’s latest filter
You can now use the Add Yours sticker on Reels for Facebook and Instagram
TikTok bans influencers from creating paid political ads
The 10 most popular TikTok accounts