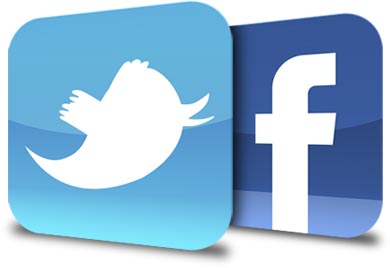 Following all the positive hype Twitter’s been receiving at Mobile World Congress, it’s fittingly been followed up with acquisition talks involving Google and Facebook. Reports stemming from the Wall Street Journal last week labeled these “low-level talks,” emphasis on “low” according to Twitter CEO Dick Costolo.

According to Reuters Canada, when asked about the M&A rumors at MWC on Monday after his keynote, Costolo said, “People write that stuff all the time. I don’t know where these things come from. It’s just a rumor.” However, that statement apparently only applied to Google’s rumored $10 billion proposal, and Costolo declined to offer when asked the same question regarding a Facebook offer.

Since its inception, acquisition rumors have plagued Twitter, with everyone from Apple to Microsoft rumored to have eyed the social networking startup. Facebook has always been looped in with the possible buyers, and now speculation that the social giant will finally scoop up Twitter is in full swing. It doesn’t hurt that Twitter’s Web presence is reaching new heights, but what might be motivating Facebook even more is keeping the site out of Google’s hands.

One thing that had hindered real offers last go around was the fact the Twitter wasn’t actually pulling in profit. Clearly, times have changed. While Costolo has yet to announce what kind of money Twitter is making, he did make it clear the company is producing. “Every time I have an interview, I am asked when we’re going to make money. The short answer is we’re already making money.” Which clearly makes it a more tempting acquisition.

Topics
More status options coming to Twitter, including ‘don’t @ me’
Twitter Circle launches globally, but lots of us can’t add anyone yet
Twitter says it’s fixed Monday night’s service outage
Breaking down the Twitter whistleblower allegations and how it affects the Musk takeover
Elon Musk reveals date for Twitter Blue relaunch
What is Twitter Blue and is it worth it?
Twitter closes offices as ‘work pledge’ deadline passes
What is Ambient Mode on YouTube?
What is BeReal?
How to delete a BeReal post
How to use TikTok’s voice changer
Twitter attempts to sort out verification system with new badges
Hive Social is my favorite Twitter alternative, but that’s not saying much