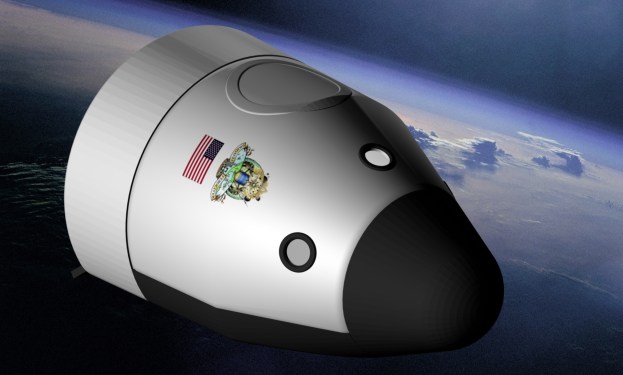 Russia’s space agency isn’t the only team having some trouble these days — just ask Amazon CEO Jeffrey P. Bezos about the difficulties of getting into space.

An unmanned spacecraft financed by Bezos’ spaceflight company Blue Origin crashed last week during a test flight in Texas, according to a report in The Wall Street Journal. The rocket experienced problems shortly after reaching an altitude of 45,000 feet and a speed of 1.2 times the speed of sound.

Bezos posted a statement about the crash on the company’s website:

Three months ago, we successfully flew our second test vehicle in a short hop mission, and then last week we lost the vehicle during a developmental test at Mach 1.2 and an altitude of 45,000 feet. A flight instability drove an angle of attack that triggered our range safety system to terminate thrust on the vehicle. Not the outcome any of us wanted, but we’re signed up for this to be hard, and the Blue Origin team is doing an outstanding job. We’re already working on our next development vehicle.

Blue Origin is one of seven private-sector companies receiving funding from NASA as part of the U.S. space agency’s Flight Opportunities Program, which aims to develop new methods of sending research payloads into space on manned and unmanned missions.

The suborbital spacecraft currently being developed by Blue Origin is called New Shepard (pictured in concept designs above), and is intended to take off and land vertically, and carry people to the edge of space. The company first got a test vehicle off the ground in 2006, and reportedly conducted a successful “short hop” earlier this year.

How to watch Boeing’s crucial test flight of Starliner spacecraft today
Blue Origin highlights reel celebrates its first space tourism flight of 2022
Amazon Alexa is going on a moon trip
Michael Strahan describes Blue Origin rocket ride as ‘a special journey’
How to watch the Artemis I demonstration tanking test on Wednesday
Troubled CAPSTONE satellite still struggling but maintaining heat
NASA wants a second lunar lander in addition to SpaceX’s
This month, get a great view of Jupiter as it comes its closest in 70 years
Hubble images a gorgeous spiral galaxy with a brightly glowing heart
SpaceX nails first Starlink launch since its internet service went global
Cool Cupola image looks in at astronauts looking out
Listen to the sound of a meteoroid striking Mars
How to watch NASA astronaut’s speedy ride to ISS on Wednesday