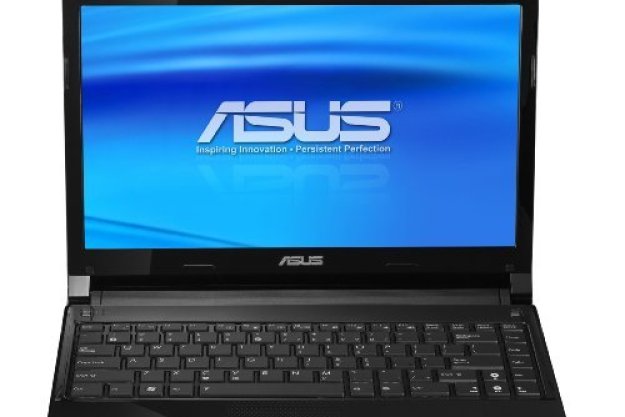 “It excels where netbooks fail, without losing sight of the lean-and-mean design strategy that has made netbooks so popular...”

A netbook makes a fine travel notebook to check up on e-mail, find night life destinations on Google maps, and tap out a few quick journal entries, but for heavy lifting, Intel’s Atom is a garden trowel where a backhoe is needed.

Yet for anyone who needs a little more, there’s an awfully intimidating price gap to leap to get to a full-fledged Intel Core 2 Duo machine, and when you get to the other side, the weight might have you wishing for your Atom back. A quickly growing crop of machines using Intel’s CULV processors have sprouted up to fill that gap, offering power and portability somewhere in between netbook and notebook. We tried out Asus’ freshman offering in the field, the aluminum-skinned UL30A.

Love for the ULV

The Intel Core 2 Duo ULV processor beating at the heart of the UL30A sets it apart from the netbook crowd more than any other factor. The big news: You’re getting two cores instead of one. What handicap distinguishes it from the real deal used in gaming notebooks? Mostly that it runs at a rather leisurely 1.3GHz. Think of it as getting a rather lazy guy with two arms to help you move, rather than a hyperactive guy with one arm tied behind his back. He can do more, but neither quite are quite as capable as your gym-addicted cousin who insists on picking up 16 boxes at a time and lunging up the ramp to moving truck.

To extend run time, Asus has equipped the UL30A with an eight-cell battery and 13.3-inch screen (1366 x 768 resolution) with LED backlighting. Other notable specs on the machine include a roomy 500GB hard drive, 4GB of DDR3 RAM, and Intel’s GMA 4500MHD integrated graphics processor, which offers a bit more bite that your typical netbook, but still won’t hang with the Radeon and GeForce crowd. And as one more reminder that it hasn’t quite outgrown its netbook roots, you’ll find no optical drive.

The weight and build quality of the UL30A reflect its hybrid design compromise as much as the guts do. At 3.7 pounds, it’s heavier than the largest netbooks, but lighter than most notebooks. Given the size, we found it easy to tote, especially paired with the netbook-sized AC adapter, which is so small you can actually pocket it, in a pinch. The use of LED backlighting winnows the display down to an almost knife-life thinness, which is made even more impressive by the sleek brushed-aluminum shell on the back. But these model-like dimensions have their drawbacks, too. The display exhibits a eyebrow-raising amount of flex when you put much pressure on the middle section.

Since the hefty 84-watt-hour battery spans all the space between the rear hinges, Asus has moved all the ports to the left and ride sides. You get the standard netbook fare – three USB, audio in and out, multimedia card reader, Ethernet and VGA output, save for one exception: An HDMI output, which can come in handy for connecting the notebook to modern televisions and projectors.

For a humbly equipped machine running Windows Vista, the UL30A seemed almost shockingly spry. It bounced between open windows and snapped open new ones without hesitation, and even handled more processor intensive tasks like decoding 480p Hulu content, which has traditionally bogged down many of the netbooks we’ve tried it with. Even 720p movie trailers from Apple played almost without a jitter. Long story short, the Core-2-Duo-equipped UL30A handles tasks – including running Vista well – that most netbooks just won’t do. Perhaps the only area of desktop performance we noticed it limping on was copying large files – the 5400RPM hard drive just doesn’t copy down data in a hurry.

Unfortunately, like a lot of Asus notebooks, the UL30A comes saturated with a lot of programs it just doesn’t need, including the disease known as Norton Antivirus and some gimmicky extras like Asus Multiframe, which lets you shuffle through multiple desktops. We recommend either disabling or uninstalling some of the extras, and with the launch of Windows 7 just around the corner, collecting on the free copy of that OS that Asus will supply, for a clean install.

Asus makes no claim to gaming prowess with the work-centric UL30A, but we couldn’t help but sneak a few titles on just see how it would scrape by for those midnight hotel-room gaming sessions. Answer: Not very well. We ran it through the ringer with BioShock, a 2007 title that usually runs smoothly with maximum settings when paired with even a modest gaming machine. Our UL30A couldn’t even get it to run with default settings, and when we dropped them to low, it remained unplayable. Without a proper video card, it’s nearly as crippled a gaming machine as a netbook.

The bright, vibrant 13.3-inch display on the UL30A may be one of its very best assets. We generally consider 13.3 inches the bare minimum for a everyday working notebook, but with 1366 x 768 resolution, it doesn’t even feel cramped. Like all glossy displays, it exhibits a bit too much reflectivity when faced into a light source, like an open window, but the potent LED backlight helps punch through reflections to make the machine usable in these situations.

Netbooks typically catch a bad wrap for their shrunken mini keyboards, but the larger screen on the UL30A gives it just enough footprint for a full-sized one. We’re not huge fans of Asus’ somewhat soggy-feeling chiclet keyboards, but typing goes smoothly nonetheless, and we had no issues acclimating. The dimpled touch pad, which has been set flush into the palm rest, gives the open notebook a cleaner appearance, but our fingers seemed to drag and stick to it when they were anything but bone dry. On the up side, it comes with multi-touch capability and gestures enabled by default, making two-fingered scrolling and other conveniences possible right out of the box.

One of the most unexpected and disappointing aspects of the UL30A turned out to be its dismal Wi-Fi reception. While browsing speeds were acceptable within tight proximity of our wireless access point, it couldn’t seem to find and hold a signal at the very fringe where many other notebooks seemed to pull it off without issue. We suspect the aluminum-clad lid, which can interfere with Wi-Fi signals, may have something to do with it.

Asus advertises 12-hour battery life for the UL30A, but like manufacturer battery estimates, that’s a pretty optimistic figure based on minimal usage with the screen turned down. However, real-life performance is nothing to scoff at. The UL30A delivers an honest nine hours of battery life with the screen turned up and Wi-Fi cranking, making it one long-lasting portable machine.

Analysts often report that netbooks have wreaked havoc on traditional notebook sales, and it’s no wonder why: They’ve totally reset consumer expectations of price and portability to a level most overweight traditional notebooks just can’t compete with. The UL30A can. It excels where netbooks fail, without losing sight of the lean-and-mean design strategy that has made netbooks so popular to begin with. A competent processor, gorgeous 13.3-inch screen and spacious keyboard all give consumers reason to open their wallets a little wider before biting on a netbook, while a price well under $1,000 and weight under four pounds make the MacBook Air and its brethren look, well, expensive. It comes with a few rough edges, like flaky Wi-Fi reception, drag-happy touchpad, and the same lack of optical drive that you’ll have to deal with in a netbook, but the blend of practicality and portability the UL30A offers is hard to beat.