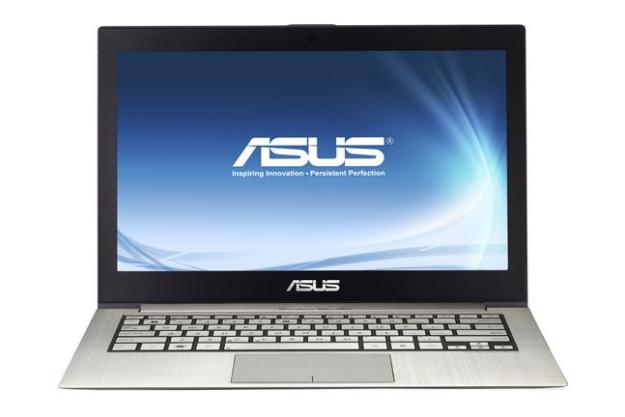 “For some buyers, the scales will tip in favor of this laptop: It is one of the quickest Ultrabooks, and its portability can’t be ignored. But the design issues keep it from obtaining a broader recommendation.”

The UX31 is more than just a flagship in Asus’ notebook lineup; it’s a flagship among Ultrabooks in general. It was one of the first products to hit the market, and also one of the most expensive. You’ll still have to spend about $1,049 to acquire a base model, but if you want some upgrades, you could end up spending up to $1,700.

That’s a lot of money for a 13.3-inch laptop that doesn’t have an Apple logo on the back. In return for your coin, you receive typical, but strong, Ultrabook hardware. Our review unit arrived with a Core i5-2557M processor clocked at 1.7GHz with a maximum Turbo Boost of 2.7GHz. This is paired with 4GB of RAM and a 128GB solid state hard drive.

In other words, the hardware is basically the same as most other Ultrabooks. Which isn’t a surprise — Intel’s put down some fairly right specifications, and there’s not any way to meet them without a combination of parts similar to this.

There’s more to the Ultrabook then a specific collection of hardware, however. It’s all about being sexy, portable and cool. If this Asus laptop is going to justify its high price, it will do so because of its aesthetics. Let’s see how looks next to its competition.

Slim, but not that sexy

From afar, the UX31’s silver aluminum body looks very similar to the MacBook Air. Upon closer inspection, however, the display lid sets this laptop apart. It has a spiral pattern etched in to the aluminum that radiates out from the Asus brand logo. This is the exact same aesthetic touch that is used on the Transformer Prime tablet, and it works just as well here, serving to break up the monotony of metal surfaces.

Unfortunately the interior is not as distinct. Brushed aluminum is the order of the day here, and unlike the lid, there aren’t any neat textures to quell the tedium. We’re calling it right now — bare aluminum is over. The parade of metal-clad Ultrabooks has taken all the rarity and excitement out of the material.

We’re not saying the UX31 is ugly. If you’ve never laid eyes on an Ultrabook before, it will probably look downright striking. But this is basically the way all similar laptops are being designed. It’s becoming common at the speed of light.

The use of aluminum doesn’t automatically guarantee rigidity. While the display lid is exceptionally sturdy, the lower chassis has some flex to it. Press anywhere on or around the keyboard and you’ll see flex span from the point of contact to the corners. Picking up the laptop from the corners has an unfortunate tendency to elicit groans of protest, as well. In these areas, this laptop clearly falls short of the rock-solid MacBook Air.

Connectivity is provided by two USB ports, mini-DisplayPort, mini-HDMI, a combo headphone-microphone jack, and a card reader. Ethernet and VGA are provided by adapters that ship with the laptop, but they’ll eat up your ports. Limited connectivity is a common issue of Ultrabooks, so the UX31 is not bad for its class. You’ll simply need to decide if buying a thin-and-light laptop is worth putting up with this downside.

The keyboard on the UX31 could be better. The primary problem is a lack of key travel. With so little vertical height to work with, there’s not much room for keys to move. As a result you don’t receive much feedback when you are touch-typing. It’s easy to miss a key and not even realize it until you see that you’re missing a letter.

Some minor build quality issues reared their heads while I was using the keyboard. The flex, although disappointing, is not annoying. What is annoying is the tendency for the longer keys (such as Shift and Enter) to not sit entirely level. You can actually move them back and forth if you press on their ends. We also noticed that the far right corners of the right-side Enter and Shift keys do not work. It’s possible to depress one end of the key without the laptop registering any input.

The touchpad does help save the situation somewhat. Based on the glass trackpads found on the MacBooks (of course), it offers a large surface that is responsive and handles multi-touch scrolling well (for a Windows) laptop.

Instead of physical keys, the touchpad integrates the left and right mouse buttons into the surface. Some Windows laptops fudge this a bit, but I had no problem with the setup used here. The spring used to provide feedback when you “click” the touchpad is not overly stiff and there aren’t any dead zones that fail to register.

Our review unit came with the standard 1600 x 900 display, and the difference in sharpness between it and the 1366 x 768 resolution you’ll normally find on a laptop of this size is instantly noticeable. Text is extremely crisp, and video content looks razor sharp if you’re viewing a 1080p source (720p isn’t bad, either).

Black levels are low for a laptop display, though when they do cut out, they seem to do so abruptly. Display brightness is fairly high at maximum, but you will need it to cut through the glossy display. It’s happy to reflect anything and everything placed in front of it. Though not without its flaws, this display is better than average and usable in most situations.

One major surprise is the audio quality, which is strong. Though there is a predictable lack of bass, volume is high at maximum and there’s not much distortion. You could easily watch a movie on this laptop and not feel annoyed at the results, or you could jam out to your favorite tunes in a pinch. Some thicker laptops like the HP Envy 15 are better overall, but given the size of the UX31, you end up with more than you’d expect.

At idle this laptop emits little in the way of fan noise. The metal construction feels cool at first, but it begins to warm up during extended use. We measured temperatures of up to 95 degrees on the right rear bottom of the laptop. Other, cooler portions of the laptop (such as the palmrests) usually sat at around 83 degrees.

Stress testing the processor raised the exterior temperatures along the bottom rear edge of the laptop to as high as 103 degrees, a toasty figure that’s sure to limit lap use. Even the forward sections measured as high as 93 degrees. The fan also ramped up, as you’d expect. It did not, however, become overly noisy or annoying.

The UX31 measures about 0.7 inches thick and weighs in at about 2.8 pounds. That thickness measurement is at the thickest point, however — the edges of the this laptop taper significantly, resulting in an even slimmer feel than the specifications suggest.

The laptop is easy to travel with as a result. The power adapter is small, as well, further decreasing the overall weight and bulk you’ll need to pack on extended trips.

These results are far from the best we’ve squeezed out of a laptop, but they’re more than adequate and much better than the Acer Aspire S3, which lasted a tad less than five hours in the Reader’s Test. Most consumers will find the endurance of the UX31 to be excellent.

A mish-mash of preinstalled software came on our review laptop, including such items as “Asus Secure Delete” and “AI Recovery Burner.” Some of it’s useful, some of it’s not — but it all more-or-less keeps out of your way if you’re interested. Delete the shortcuts from the desktop and you won’t be troubled again.

What may trouble you is the array of widgets installed on the desktop. One of them controls the Instant On feature, another lets you switch between High Performance and Battery Saving power schemes, and yet another tells you how much standby time you have left. It’s all useful information, but you’ll probably want to kick it the widgets to the curb unless you’re obsessive about standby power.

There’s also a Trend Micro anti-virus trial which, as usual, interrupts your experience with pop-ups suggesting you sign up and warning you of the consequences of running a computer without their software. And as usual, we recommend you uninstall the trial, install Microsoft Security Essentials, and get on with your life.

Almost as quick as normal

To see what this high-end, low-voltage part can do, we first threw it into SiSoft Sandra’s Processor Arithmetic. It returned a combined score of 32.76 GOPS. That’s much better than the score of 27.2 GOPS we extracted from the Acer Aspire S3 and surprisingly closer to what you receive from a normal Core i5 processor, which typically scores between 36 and 40 GOPS.

PCMark 7 returned a ridiculously good score of 3,382, which is better than anything we’ve tested besides the Sony Vaio Z. The reason is the solid state drive, which allows this laptop to score much higher in the system storage section than laptops with mechanical drives.

Graphics performance was tested with 3DMark 06, as the Intel HD 3000 integrated graphics part included in this laptop doesn’t support DX11 and won’t run 3DMark 11 as a result. We were able to achieve a score of 4,193 which is, one again, strong for an Ultrabook. The Acer Aspire S3 scored only 3,316.

However, attempts to play Dawn of War 2: Retribution remained choppy despite the improved 3DMark 06 score. You’re going to have trouble running modern 3D games on this laptop even at low detail settings. So far, all Ultrabooks remain weak in this area. Gamers will have to buy something larger.

Ultrabooks are still a new category of laptop, it appears there are some growing pains associated with them.

This laptop is a perfect example. In some ways, it is excellent. Battery life is good, the weight and size of the laptop leads to easy portability, the display is above average, and performance is within striking distance of larger laptops. Among the first run of production Ultrabooks the UX31 stands out. It’s more portable and quicker than the majority of the competition.

Yet the chassis isn’t able to properly support the laptop’s slim frame. There are too many creaks and groans, too many surfaces that feel flimsy. And then there’s the keyboard — a amateur effort that feels more like something you’d expect to encounter on a pre-production prototype.

These issues might be acceptable if this wasn’t a laptop that was priced over $1,000. The Acer Aspire S3 we reviewed late last year was not perfect in some of these areas, either. But it was and is priced to move, with some models now going for as little as $799. The UX31 is priced more like a laptop that wants to go toe-to-toe with the MacBook Air. And it simply can’t.

As a result, potential buyers of the UX31 will have to consider its technical achievements against the weight of its design baggage. For some buyers, the scales will tip in favor of this laptop: It is one of the quickest Ultrabooks, and its portability can’t be ignored. But the design issues keep it from obtaining a broader recommendation.