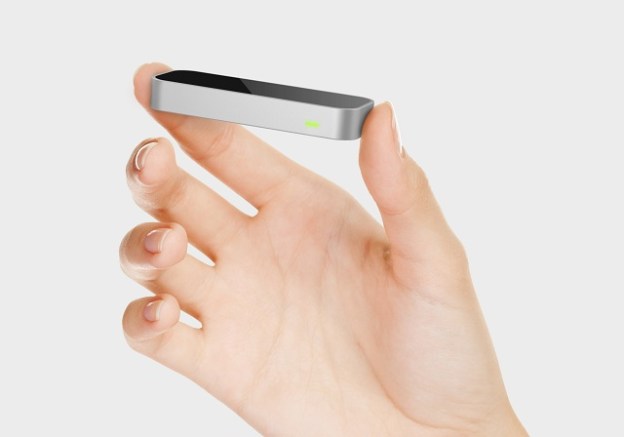 Check out our full review of the Leap Motion gesture controller.

Less than a week into 2013, some of the most exciting technology on the market has a major announcement. Leap Motion, makers of revolutionary gesture control device The Leap, are partnering with Asus to ship PCs bundled with the gadget that allows for gesture-controlled computing.

In addition to the partnership, co-founder and CEO Michael Buckwald tells me that the company has raised a $30 million B series. He says the funding will help Leap Motion keep up with demand – of which there is plenty. “We’re in mass production right now,” he says. “We’re producing hundreds of thousands to millions of devices.”

While working on partnerships with OEMs and developers remains a clear focus, The Leap is a consumer-facing product that anyone can pre-order. “We’ve been blown away by the interest,” says Buckwald. He tells me credit cards won’t be charged until the company starts filling orders, which should be early this year.

It’s been less than a year since we were first introduced to The Leap, and there have been some small structural changes. The final unit is smaller than the one we originally saw, and it has a larger field of view. “You could be sitting in a front of a computer and anywhere you move your arms and hands, The Leap can track,” Buckwalkd tells me.

The standalone accessory is how Leap Motion is going about packaging its technology now, but the team is open to change. “We really want this to be ubiquitous and we’re focused on the peripheral as well as embedding this technology into a wide spectrum of devices,” he says, listing smartphones, tablets, and even cars as gadgets that could integrate the company’s gesture control system into their hardware.

The Windows 8 push makes The Leap – and the many competitor gesture control services hitting the market – an even more interesting, intriguing feature. PCs that use The Leap will also come with access to its app ecosystem (which is home to apps built from the ground up, as well as existing ones that are rewritten to take advantage of the hands-free system).

With CES less than a week away, we are absolutely going to see a big push in hands-free PC control – and it’s only the start. Leap Motion isn’t alone here: Elliptic Labs will be at the show demonstrating its gesture control technology that’s embedded into laptop screens, and smaller companies like Fluttr have also made headway here. Clearly, reimaging how we interact with our computers is changing, and the mouse and keyboard are being (somewhat) put on notice.

“We think the answer to what comes next is not about one sensor or about one type of input,” Buckwald says, also promising we’ll hear more OEM announcements in the near future regarding bundling and integrations.