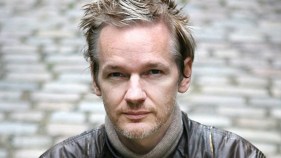 Facebook is “the most appalling spying machine ever invented,” according WikiLeaks founder Julian Assange, who recently spoke with Russia Today, while awaiting extradition from England to Sweden on sexual assault charges.

“Here we have the world’s most comprehensive database about people, their relationships, their names, their addresses, their locations, their communications with each other, and their relatives, all sitting within the United States, all accessible to US Intelligence,” said Assange during the interview.

Assange asserts that Google, Yahoo and other US-based technology companies are also complicit in the US government’s aims to keep watch over the world’s citizens.

“Facebook, Google, Yahoo, all these major US organizations have built-in infaces for US intelligence,” he said. “It’s not a matter of serving a subpoena, they have an interface they have developed for US Intelligence to use. Now, is the case that Facebook is run by US Intelligence? No, it’s not like that. It’s simply that US Intelligence is able to bring to bear legal and political pressure to them. It’s costly for them to hand out individual records, one by one, so they have automated the process.”

Assange goes on to say that anytime anyone adds information to their Facebook profile they “are doing free work for US intelligence agencies.”

Revelations about so-called Location-gate sparked outrage (and a lawsuit) among customers, who were appalled that their mobile devices were used to keep track of their approximate movements. The uproar caused Apple CEO Steve Jobs to respond to the criticism, saying that “Apple is not tracking your iPhone.” Instead, “Apple is now collecting anonymous traffic data to build a crowd-sourced traffic database with the goal of providing iPhone users an improved traffic service in the next couple of years,” according to statement posted on the company’s website.

With the public becoming seemingly more wary of its supposedly “private” data being used by corporations, is Facebook the next to face its collective wrath?

Watch the full Assange interview below (Facebook comments begin around the 2:00 mark):

You can now use the Add Yours sticker on Reels for Facebook and Instagram
How to create a Facebook group
Google Sheets vs. Excel: Which is better?
Facebook’s new Feeds tab emphasizes chronological posts
New phishing method looks just like the real thing, but it steals your passwords
Best HP Envy deals for October 2022
The new Dell G16 gaming laptop just got a $240 discount
Norton Antivirus Free Trial: Get a week of protection
ABCMouse Free Trial: Get your first month free
Intel Arc A770 16GB vs. A770 8GB vs. Nvidia RTX 3060
Intel Arc A750 vs. Nvidia RTX 3060
Can I use an Intel Arc GPU with AMD Ryzen?
Intel Arc Alchemist: specs, pricing, release date, performance