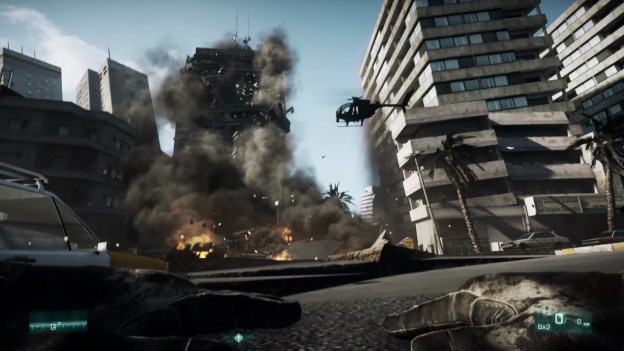 The king is dead, long live the king! It has been a hectic few months for the video game industry, in a good way. The year began with fairly flat sales, leading analysts and many that follow the industry to claim that doom had come to the nation of Video Gamia. But patience was preached by many, as the last four months of 2011 are absolutely ridiculous in terms of releases.

You could even just say that the second half of the year in general was packed with games, including Deus Ex: Human Revolution, Madden 12 and Dead Island to name a few, but it wasn’t until September 20 when Gears of War 3 was released that that records really began to fall.

In the first week, Gears of War 3 went on to sell 3 million copies, and take the title of biggest release of the year. A week later, EA Sports came close with FIFA 12, but Epic Games’ title remained on top…for almost a month.

On October 18, Batman: Arkham City upped the ante and became the biggest game of the year with 4.6 million copies sold. It was a major accomplishment for the franchise, and one that Rocksteady was no doubt proud of. Each new copy of Arkham City could proudly bare the banner “best-selling game of 2011!” For a week.

According to EA, the game has actually shipped closer to 10 million, and the publisher is expecting to sell through those copies this holiday season. Battlefield 3 is already EA’s fastest-selling game in the company’s history.

The launch was huge, but it was not without its problems too. It is almost a tradition for DICE games to have some issues their first week, and Battlefield 3 was no exception, as Xbox 360 and PC servers went down, and PS3 users faced multiple interruptions. The cause was simply that too many people were accessing the online side at once. Thanks to several patches and a ton of behind-the-scenes work, that shouldn’t be an issue moving forward.

But the battle for the top spot in 2011 isn’t done yet. Assassin’s Creed: Revelations will likely do huge numbers when it is released on November 15, as will The Legend of Zelda: Skyward Sword when it hits shelves on November 20. Then on November 8, Call of Duty: Modern Warfare 3 comes out, and many are predicting that it will be the biggest release of the year. But can it best a 5 million game opening week? We’ll know soon enough.

The best Activision games of all time

The best FPS games for PS5