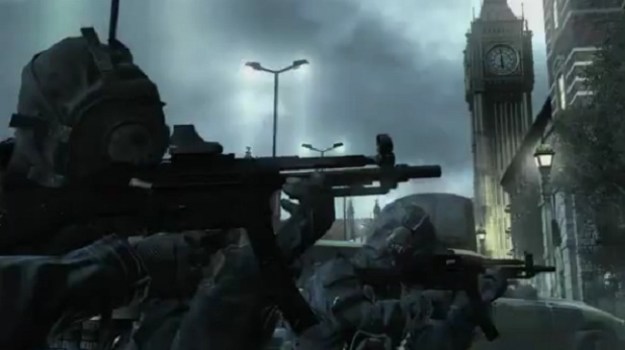 Do you think you are the best Call of Duty player ever? Of course you do, that’s the nature of the game. But if you have the results to back it up, and you truly believe that you are a god amongst noobs, then perhaps you should head to Los Angeles this September for the Call of Duty XP event.

The event will be held on September 2 and 3 and be a celebration of all things Call of Duty, as well as a chance for thousands of fans to get their first look at Modern Warfare 3. There will also be a giant zip-line, a real-life recreation of The Pit training from Modern Warfare 2, and a recreation of the Scrapyard level from MW2 that you can play in with paintball guns. Oh, and there will also be a $1 million tournament. Yeah, in retrospect that probably should have been listed above the zip-line.

The tournament will consist of 32 four-person teams, competing in a single-elimination event for cash prizes. Gamers will be playing Modern Warfare 3, and can either pre-qualify via Black Ops, or take your chances and qualify at the event. To pre-qualify you will need to be a part of the Call of Duty Elite beta, and excel in certain events at certain times. The first event will be held online on August 5-6, and the winners will be the players with the most Team Deathmatch kills. Other challenges, like the most Domination defends and the most captures will be held over the next two weeks. For more details, head to the Call of Duty XP pre-qalification page and sign up by August 5. The winners will be flown to LA and hotel accommodations will be paid for by Activision. There will also be four slots left open for event attendees.

The winning squad will walk away with $400,000 cash, and many others will receive cash prizes.

The event will also officially debut the MW 3 multiplayer during the keynote speech, and everyone in attendance will get a chance to play MW3—but wait, there’s more! All attendees will get a copy of Call of Duty: Modern Warfare 3 Hardened Edition when it is released on November 8.

So get thee to LA young gamer, for your free copy of MW3 and the chance to win some cash.