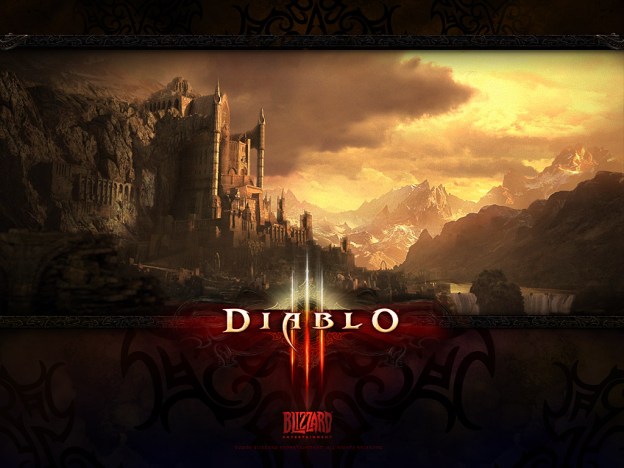 For most video game enthusiasts, the release of Diablo III can’t come quick enough.  Most recently, Blizzard said that it hoped to get the game out in 2011, but did not rule out 2012 being a possibility.  IGN was able to interview Blizzard’s Jay Wilson to talk about the five playable classes in the game.  The classes are Wizard, Demon Hunter, Barbarian, Monk, and Witch Doctor.

There are five separate videos, one for each class, so you can pick and choose which class you want to learn the most about.  As usual, we took the liberty to watch all the videos for you in a hope to save you ten minutes.  The videos go more in depth than just introducing the general play style of each class, and actually talks about a couple of marque abilities you can expect to use when playing each class.

The Wizard looks to be the typical caster class; The player uses powerful magic to attack enemies, but can’t take much damage.  The Demon Hunter is the ranged non-caster class, using ranged weapons to attack enemies.  Barbarians are the brute melee class, who can take a licking and keep on ticking.  The Monk is a slightly more graceful melee class, powerful in close range but not as sturdy as a Barbarian.  Last but not least is the Witch Doctor, which is the pet class; they are able to create pets to help do the fighting for the player. Of all the classes and abilities outlined in the five videos, the craziest belongs to the Witch Doctor. He can harness an ability called “fire bats” which is described as, “a flame thrower, but with bats.”

Hopefully these videos will help you decide which class you play while finally being able to make some money playing a video game.  We are still deciding which classes we want to play, but it might be hard to turn down the chance to use a bat flamethrower. Let’s hope that we are able to play this game by the end of the year.