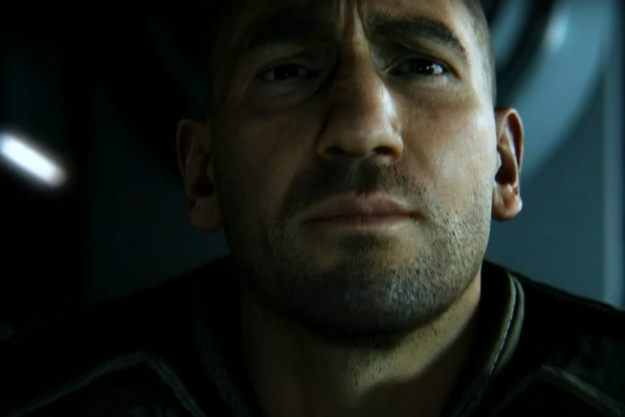 There is a war being fought in Ghost Recon Breakpoint, and I’m not talking about the violent conflict between the Ghost special forces units and the Wolves. No, the real war is more abstract. Breakpoint’s real struggle is between its excellent tactical combat, and the bugs that threaten to ruin it.

Ubisoft’s follow-up to Ghost Recon Wildlands riffs on the formula established in its predecessor, with an enormous world, huge missions, and plenty of multiplayer options for both competitive and cooperative players. When it’s working like it’s supposed to, Ghost Recon Breakpoint is one of the most engaging tactical shooters of the generation. But when it isn’t, it can be an infuriating game weighed down by its own ambition.

Big and filled with purpose

Set a few years after the events of Ghost Recon Wildlands in Bolivia, Ghost Recon Breakpoint moves the action to the fictional archipelago of Auroa, a privately-controlled utopia led by techno-libertarian Jace Skell. Skell’s “World 2.0” strives to be a place where people exist in harmony with high-tech advances that make their lives more meaningful and pleasant.

But it doesn’t take long before corruption and naivety result in all-out chaos as the nefarious Wolves private military force takes control. Led by a former Ghost, Cole Walker – played by Jon Bernthal of The Punisher and The Walking Dead – the Wolves have become disillusioned with the United States military and believe that its moral compass has held back progress. When a naval ship is sunk off the coast of Auroa, the Ghosts are sent in to investigate, only to find themselves ambushed and the few remaining left for dead.

Ubisoft clearly took criticism of Wildlands’ story to heart because the setup and narrative threads that comprise the Ghost Recon Breakpoint campaign are significantly more interesting this time around. Playing as protagonist Nomad on a search for your squadmates, Walker brings you into contact with a safe haven area comprised of survivalists.

Several allied factions located across Auroa also help to provide background on how the situation turned so dire, and the role Jace Skell may have played in it. Though the acting is uneven, particularly for fellow Ghost operatives, Bernthal delivers a knockout performance as Walker.

He’s corrupt and misguided to his core, but we gradually see how he got to this point through a series of surprisingly great flashback sequences. If you played the special prologue mission included in Wildlands, you’ll have even more context for the character.

As with Wildlands, Ghost Recon Breakpoint is an open-world tactical shooter set on one of the biggest maps we’ve ever seen in a video game. It’s split into several islands and provinces, and Nomad travels constantly between them, even within individual missions. This means a whole lot of moving from one objective to the next, but this isn’t nearly as much of a drag as it was in the last game.

The locations spread across Auroa are varied, with snowy mountains, humid swamps, arid flatlands, and high-tech urban areas all just a few minutes from one another. You also have a ridiculous number of fast-travel locations called “Bivouacs” that can be unlocked either through old-fashioned exploration or by investigating people and objects during missions, and you can spawn vehicles at any of these points. Even if you are 10 kilometers from your next objective, the journey won’t take very long.

That being said, you won’t want to simply fly over Auroa all the time. Breakpoint’s map is filled with side objectives, battles against Wolves and other enemies, and new weapons and gear to uncover. You often can’t go more than a few hundred meters before you encounter a roaming enemy squad, and lining up a few quick headshots with your sniper rifle feels just as good the hundredth time as it does the first. There are also vehicles and unmanned drones everywhere, which are capable of narrowing in on your location and ruining your day if you aren’t aware of your surroundings.

Despite excelling at all-out chaos, Breakpoint remains a tactical shooter and values planning over brute force. With the notable exception of the final boss, I didn’t encounter a single human enemy that could take more than two headshots before dying, allowing me to stay undetected as I weaved my way through dangerous bases.

The game’s emphasis on planning and tactics is particularly evident when infiltrating heavily-guarded areas. As with Wildlands, Nomad has a drone that can mark enemies’ locations on the map, allowing you to carefully pick them off without their friends detecting you.

Eventually, things go south during missions. That’s where the seams start to show.

If you’re playing by yourself, you still have access to the “Sync Shot” ability from Wildlands and Future Soldier, but it has been turned into a consumable item for the drone due to Nomad working alone – AI teammates will be added in a later update. This means you can no longer take out four enemies in quick succession whenever you want, which encourages more thoughtful and quieter combat.

Eventually, things will almost always go south during one of these missions, and it’s here where the seams of Breakpoint first started to reveal themselves. Gunplay feels snappy and responsive, and on par with what we’d expect from a AAA third-person shooter, but the game’s auto-cover system remains an annoying inconvenience.

It’s far too easy to accidentally fire your weapon into your cover instead of above it, and it won’t always turn you in the direction you want. Additionally, the limited number of items on your quick-selection wheel means you will sometimes need to go into the main in order to equip a rocket launcher or syringe, and the process of using them feels too slow.

Some of the spaces are often taken up by things like rations and water canteens, which give buffs and add a light survival element to the gameplay, though the stamina meter can feel too restrictive before you unlock a few skills.

Ghost Recon Breakpoint has drawn some comparison to Ubisoft’s own The Division 2 prior to release, as it introduces a gear-score system for weapons and equipment. You can’t go more than a few minutes without finding something new to use on a body or in a crate, and they almost always have a higher number than whatever you’re currently rocking.

The locations spread across Auroa are varied.

However, this does not mean Breakpoint was turned into a role-playing game. The guns feel powerful, even if you choose to use one that is a little below your overall gear score, and you have plenty of choice in what to customize or equip. If you don’t like what you currently have, you can buy new equipment from any Bivouac, and found weapon blueprints even let you craft a better version of your favorite weapons for nearly no in-game currency.

The argument can certainly be made that you’re given gear at too fast a rate in Breakpoint, but that also means you can craft your ideal character with ease.

Held back by bugs

Your character’s loadout is also used in cooperative play and is mostly used in competitive multiplayer, albeit with a few items removed and gear score made irrelevant. The “Ghost War” player-versus-player mode was only added to Wildlands after launch, but it’s included in Breakpoint from the very beginning.

In small four-on-four engagements, you and your teammates work to eliminate enemies and complete objectives, and the combat values the same skills you learn in the rest of the game. Run into the open and you’ll be shot, and avoid looking carefully at your surroundings and you won’t see nearby enemies.

It’s a great alternative when you aren’t in the mood to complete missions, though we did encounter bugs during our time with it. After being revived, two people on our team were unable to move for the duration of a match, making it far more difficult for the remaining players to win. But win they did.

This lack of polish extends to the rest of Ghost Recon Breakpoint, and though largely inevitable in a game as massive as this one, it’s nonetheless frustrating. We had features like the drone’s marking ability and the item wheel completely stop working during missions, requiring the game to be completely restarted before they’d working again.

Non-player characters failed to appear for several seconds after moving into an area, and though environments and weapons look great, people’s faces don’t look like they were crafted for a high-budget 2019 game.

This lack of polish extends to the rest of Ghost Recon Breakpoint.

Worse were game-breaking bugs that occurred during campaign missions, including the exceptionally difficult final mission. This required us to reload a checkpoint and fight several extremely difficult enemies again, ending what would have been an explosive moment on an irritating note. Something this severe only happened a few times, but the threat of everything imploding – and not because Nomad’s position was discovered – was always in the back of my mind.

We didn’t spend a dime during our time with Breakpoint and never felt held back for this decision, but there is no shortage of ways to part with their money in the game. While some of the time-saving microtransactions present in the beta have been removed, players can still purchase “Ghost Coins”. These are a paid currency that can be used to unlock things like weapon blueprints, gear bundles, cosmetic items.

If you spend $20, you can 2800 Ghost Coins. For perspective, a blueprint for one weapon you’d otherwise have to discover yourself costs 300 coins. Though this isn’t a lot of money, it feels bad in a game that values exploration and discovery as much as Breakpoint.

The game’s developer team has tweaked issues with microtransactions in patches released since launch, but those tweaks haven’t radically changed the game. Breakpoint still feels like it’s trying to wring you dry of every last cent.

Ghost Recon Breakpoint is an enormously ambitious game that is more varied and engaging than its predecessor, with a story that had us invested and a despicable villain to hate. Unfortunately, the excellent third-person shooting is often overshadowed by finicky cover mechanics and bugs.

Yes. If you are looking for pure tactical shooting, Ghost Recon: Future Soldier is still a better game, and The Division 2 has much more polish.

The campaign took us just over 22 hours to complete, but this can be increased several times over by playing through the countless side objectives and player-versus-player multiplayer. A raid will also be coming in the future.

Yes, but we would recommend waiting for a few bug-fixing updates first.

Topics
The best FPS games for Xbox Series X
5 years after launch, Fortnite on consoles finally has a tutorial
Mario + Rabbids Sparks of Hope: best skills and how to level them up
RoboCop: Rogue City release date, trailers, gameplay, and more
WWE 2K23 improves the wrestling sim with subtle tweaks and a bit of chaos
Meta Quest Pro VR headset is $400 off (and save on Meta Quest 2)
How to change classes in Fire Emblem Engage
Fortnite: How to collect Dragon Balls on Adventure Island
How to get all Emblems in Fire Emblem Engage
Fire Emblem Engage bond levels: how to get max Bond Levels fast
Marvel Snap Battle Mode: How to play Marvel Snap with friends
Best Gaming PC Deals: Save on RTX 3070, 3080, 3090 PCs
The best video game remakes reinvent the classics, they don’t just revisit them