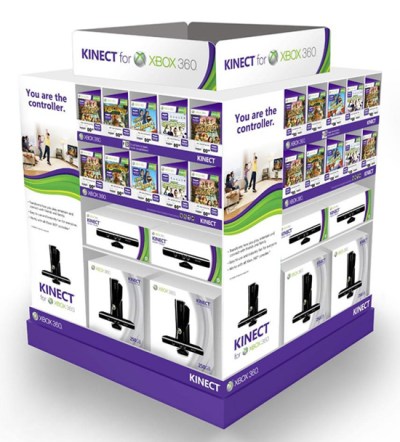 A new piece of video game hardware can have jaw-dropping specs that make it just shy of you and Matthew Broderick playing Thermonuclear War with a NORAD supercomputer, but if the launch titles are not interesting, if they cannot captivate the audience, that impressive piece of hardware will probably end up collecting dust on the shelf. With the Kinect, a broad spectrum of launch-day titles have been released to compliment Microsoft’s hands-free controller, and each shows off a different aspect of what the hardware can do.

But that doesn’t necessarily make them all good. If every Kinect game released on day one were fantastic, it would be amazing In fact, it would be unprecedented. Developers have released some beautiful and impressive titles for the PlayStation 3 over the years, but Genji: Days of the Blade for example, was not one of them.

It takes developers awhile to truly understand the pros and cons of each system. Simply making a great game with the best specs possible then forcing it into a platform doesn’t necessarily make a great game. In fact, typically the best games are not just the ones with the best specs, but rather the ones that are tailored to push the hardware to its fullest.

It might seem unfair to classify the Kinect in the same vein as a new console, but it really isn’t that different. The Kinect is a new piece of technology that developers are unfamiliar with. In some ways, the Kinect is more “new” than any new console. With any next generation of consoles, the developers might not be comfortable with the system specs, but they know what it will be like. Processing power may change, but a game is a still a game.

With the Kinect, Microsoft is introducing a new way to play games. The Wii did the same to a lesser degree, but despite the originality of the nunchuck controllers, the Wii still played games that used buttons, and so despite a few differences, developing for Wii is still roughly the same as developing for other consoles — at least compared to the Kinect, which requires a new way of thinking.

So with the Kinect’s release, the technology is limited only by the imagination of the developers. For most, the Kinect is just an excuse to have people jump and pretend to hit a ball, but for a few, the new hardware is the first step in an entirely new direction.

Check out all our reviews of the Kinect launch titles:

2022’s Xbox and Bethesda Showcase is vital for Microsoft