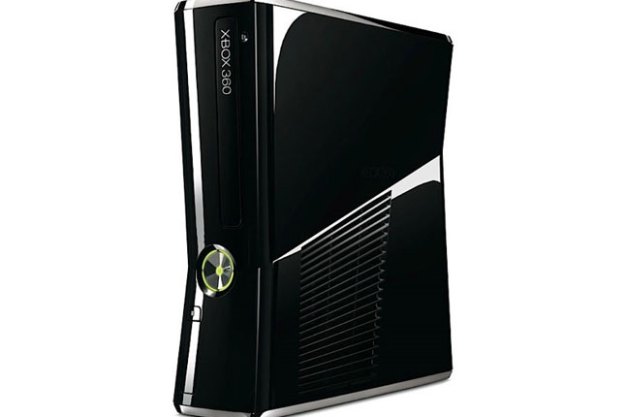 “A new sleek, smaller, quieter design with built in wifi give the Xbox 360 a much needed overhaul.”

It has been four and a half years since the original Xbox 360 was released on November 22, 2005. New bundles have come out, hard drives for consoles have jumped in capacity exponentially, and there is even a black model of the 360 out there, but at its core the console has remained the same in terms of design.

When the Xbox 360 originally debuted against the Sony PlayStation 3, it did so with somewhat similar hardware, but several less bells and whistles. At the time, it seemed like a great move, as the PS3’s price put it out of reach of most gamers and where areas the additional add-ons for the Xbox 360 could be purchased anytime.

Price was definitely one of- if not THE- major factors in giving the 360 a commanding lead on the PS3 from the start. But times change. The more things are manufactured, the cheaper they become, and as the PS3 has dropped in price without sacrificing its features, its sales have quickly risen. In answer, Microsoft has followed suit and released a new model, with new features that allow it to compete with the PS3.

Many have been calling it the Xbox 360 Slim, but technically that is a misnomer, as it is a replacement for the 360, not an alternative. It is actually classified as the new Xbox 360, so we will call it that.

The obvious change is in its look. The matte colored exterior has been replaced with a glossy black casing, and a concave indention that comes to a point at the power button, which has also been redesigned. Where the old model had a button that needed to physically be pressed, the new 360 buttons are touch sensitive and require no pressure. There is even a sound to indicate that the command was accepted. The same is true for the tray, as the button has been moved from the side, and placed above. One minor drawback of the new casing is that the shine of the casing is also extremely prone to gathering fingerprints and smudges.

In terms of size, the new 360 is smaller than the original by roughly an inch and a half to two-inches. It is not a huge difference, but it does feel more compact. Part of that is due to the fact that the hard drive design has been totally remodeled. Where on the previous version it was located on the side, the new version puts the hard drive inside the console. It is still removable though, but that presents a problem in itself.

The hard drive is located behind a panel on the side, but to remove the drive itself, you pull on a fabric tab that in turn releases a button to unlatch the hard drive. In theory this seems fine, but if you repeatedly pull out your hard drive and transport it between multiple Xboxes- which WILL eventually happen- then the cord will wear down. If the cord rips, the hard drive is not going to come out easily. This is a minor flaw, and Microsoft is likely banking on the fact that people will be using smaller hard drives to transfer the data via USBs rather than continually removing the internal hard drive, but it still seems like an unnecessarily risky design. It is a minor gripe, but an obvious one. The inclusion of a 250GB hard drive standard is in itself nice, but the 250GB hard drive was standard on the last 360 bundle as well.

The change of hard drives does mean that the hard drives on older 360s are not physically compatible with the new models, but there is a cable you can buy that will allow you to transfer existing data from one drive to another with ease.

As for features, the new 360 finally catches up with the PS3 by including 802.11 b/g/n wifi connectivity. This is probably the single biggest improvement over the former models, which required you to purchase an additional accessory that cost anywhere from $80 and up. Even used WiFi adapters still run $50 and up on eBay. The PS3 has had it since launch, and it is about time the 360 caught up.

The new 360 also features five USB ports (two on the front and three on the back) versus three in the old 360, as well as an AUX port specifically for Microsoft’s Kinect motion device. On the back, the connections are the same (HDMI, Ethernet out), with the exception of an upgraded digital audio port that accepts TOSLINK S/PIF optical input standard on all models.

Internally there is a new chip by Valhalla, a 45-nanometer chip designed with integrated CPU and GPU. The redesigned chip improves energy consumption by as much as half in some cases, makes it run quieter, and it decreases the size. In terms of processing power, there isn’t much difference.

The chipset has been an issue with the 360 of course, but that was due to a specific chipset that has long since been replaced. The red ring of death badly damaged the reputation of the 360, but surprisingly it did not seem to drastically affect its sales. Regardless, Microsoft has learned their lesson, and on top of the chipset, the console itself runs cooler than its predecessor. Part of that is due to the new chip, but the double fans of the original model have been replaced by a single, more efficient unit. With the chip putting off less heat, the single fan should be more than enough to keep the console cooler than the original. You still need to maintain a healthy dose of common sense when running the device though; in other words do not stick it in a closet under a bunch of towels and expect it to survive too long- but that is the same with any electronics. Heat is bad, but the new 360 runs at lower temperatures than the original.

The new 360 is also much quieter. When the 360 first came out, a game disk would spin so loudly that it sounded like the thing might fire out of the console. The sound has become like a toothache that you have become so used to that you learn to ignore it. It is only after a visit to the dentist that you realize that there was a better way to live. It is the same with the new 360. You will immediately notice a difference, and wonder why you never noticed how loud your old system was.

The console will of course be backwards compatible with all existing Xbox 360 titles, but one thing missing is a slot for the memory cards that were specific to the original 360s. However, recent software updates have allowed you to create a facsimile with any USB thumb drive.

One of the biggest selling features of the Xbox 360 has been the Xbox Live service that offers things like Netflix streaming, movies for rent, and now even ESPN content live and on-demand. Since this is all software based, there didn’t seem to be any difference in terms of performance.

The system ships with a black controller, a headset, the standard power cord, and a composite AV cable. One gripe with the new 360 is that it does not ship with an HDMI or any form of HD cable. With all gaming heading towards HD, you’d think this would be a given. They also ship the new 360 without an Ethernet cable.

The new design looks great. The 360 was due for an overhaul, and the designers did a great job on it. As with anything, some will love the design, some will hate it, but most should find it a pleasing change. But looks alone aren’t likely to sell any consoles. If there is one single feature worth touting, it is the inclusion of WiFi, which really does make a big difference. The quieter sound is a nice touch, and the 250GB hard drive is a great selling point.

While this new unit is unlikely to make anyone go out and buy one if they already own a relatively new 360, it might convince older users (that managed to win the proverbial lottery by avoiding the red ring of death) to upgrade.

Perhaps the biggest negative that people will focus on is the comparison between this model and the PS3, which is the same price but features a built-in Blu-ray player. $300 is reasonable for the new 360, but the Blu-ray might be enough to sway new gamers that are still deciding between the systems towards the PS3. That is more of a “pro” for the PS3 than a “con” for the 360 though.

If you are looking for a new console and Blu-ray isn’t your thing, then you won’t be disappointed with the redesigned Xbox 360.

Topics
The best upcoming PS5 games: 2023 and beyond
Every video game delay that has happened in 2023 so far
Best Gaming PC Deals: Save on RTX 3070, 3080, 3090 PCs
The best capture cards for 2023: Xbox, PlayStation, and PC
The best RPGs for the Nintendo Switch
How to link your Fire Emblem Engage and Fire Emblem Heroes account
Xbox and Bethesda’s Developer_Direct: how to watch and what to expect
Goldeneye 007 comes to Game Pass and Nintendo Switch later this week
The best iPhone games in 2023: 31 games you need to play right now
I can’t believe I’m recommending Forspoken on PS5 over PC
Redfall’s May 2 release date revealed during Developer_Direct
The best Fire Emblem games, ranked from best to worst
Xbox just surprise announced and released a stylish new Game Pass title