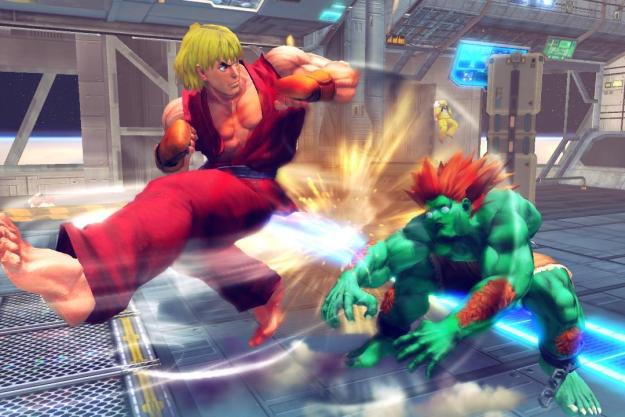 Ultra Street Fighter IV is the embodiment of Street Fighter’s distinct creative process. Fighting games of yore shared the iterative model of other games: a new version came out, it had a new number at the end of the title, and significant upgrades were introduced to mark its growth. Tekken begat Tekken 2 which in turn begat Tekken 3. Today, fighting games are supplemented gradually with small tweaks and downloadable content that ultimately culminates in a “complete” version. Injustice leads to Injustice: Ultimate Edition, etc.

It was a hit, selling 2.5 million copies within two months of hitting PlayStation and Xbox 360 back in ’09, but it wasn’t quite right yet. The roster was smart, but with only five new characters, it was both overly beholden to the past but limiting in that only a smattering of past characters were included. Ultra Street Fighter IV expands even further than Super Street Fighter IV Arcade, first son of the latest epoch, adding five more fighters, including a fan-favorite that’s never been in a proper mainline Street Fighter game.

These new characters offer the most excitement. Decapre is the most unusual of the bunch. An evil, mask-wearing clone of the character Cammy, you’d expect her to be just a quick spin on her twin with shared moves. A Ken to Cammy’s Ryu. But she’s not. A brutal ground fighter with an odd rhythm, Decapre takes some getting used to in a game where so much offensive strategy is based around jumping forward. Coming to terms with how moves like her staccato forward strike with a fiery fist work forces you to rethink how the other characters work, what weaknesses you might not have considered before.

That perspective shift is the mark of a great Street Fighter reworking, and the rest of the new cast cements it for Ultra. Kenyan dance fighter Elena and gigantic hot pink tank top enthusiast Hugo of Street Fighter III: Third Strike finally return to the fold, as does Street Fighter Alpha 2‘s brutal mercenary Rolento. Backing up Hugo and Rolento is another fun relic from the Final Fight series: Poison. Complete with shorts stolen from Daisy Duke and a hat lifted from Lemmy of Motorhead, fans have wanted to see Poison in Street Fighter since she appeared in the background of Street Fighter Alpha.

These four all appeared in the divisive Street Fighter X Tekken, but they feel fundamentally different freed from that game’s tag team fights and bizarre augmentation system. They’re slower and more solid across the board. Elena’s long-reaching kicks are just as useful for knocking fools down, but she feels more powerful and competitive than she did in Street Fighter III. Poison is a bruiser with slick defensive moves, like a vicious vertical spinning kick ready to knock down overly aggressive combatants. Hugo is the biggest character in the game by far, taking up a huge amount of screen real estate and creating yet another vantage for how to approach skirmishes that is almost the opposite of Decapre.

The whole new class brings something else in short supply in Street Fighter IV: They’re pretty funny. Just like in Street Fighter III, Elena’s just in it to meet new people who might want to dance with her while Poison’s looking for new wrestlers to manage that can actually deal with her being a vicious sadist. Hugo? He just wants to travel the world to try and get some potatoes like his mom used to make. They’re ridiculous, equally ridiculous to the GI Joe shenanigans Chun-Li and Juri get up to as well as the anime zaniness of Ryu’s warrior journey, but it’s nice to have some goofballs in the mix. Street Fighter is as inherently silly as it is melodramatic.

Complementing the new characters are a host of tweaks to the other characters, making some stronger and others weaker. There are also new maneuvers, like Red Focus attacks, which let you absorb even more damage while powering up a move but leaving you even more vulnerable. This is, for a casual player, the best Street Fighter IV, with the widest variety of characters balanced in way that gives even an attentive noob a shot in sweet cartoon fights. Outside of the actual fights, though, Ultra Street Fighter IV is desperate for modernization.

On the one hand, it’s a great improvement. The original Street Fighter IV was glutted with labyrinthine menus and options, whereas getting into a fight online or in the arcade mode is fairly straightforward in Ultra. Load times remain painfully long compared to other modern fighters like Injustice, though. Even after installing Ultra to the hard drive, it takes most of a full minute between losing a fight and getting back to the action, and that’s just in arcade mode. There’s also still no solid single-player mode to complement arcade, something akin to Street Fighter Alpha 3‘s stellar World Tour mode all the way back on PSOne. Online fights over PlayStation Network also still feel less than precise.

Ultra Street Fighter IV is a game begging to be on newer technology like PlayStation 4 and Xbox One, where seemingly small problems like long load times could finally be addressed. The game’s a marvelous iteration. Maybe not legendary like Super Street Fighter II Turbo, but certainly an ideal shift like Street Fighter Alpha 2 Gold. All that’s hampering it is the technology it’s currently bound to. The epoch of Street Fighter IV may be winding down, but it deserves at least one more shot on better machines.

This game was reviewed on a PlayStation 3 using a copy provided by the publisher.