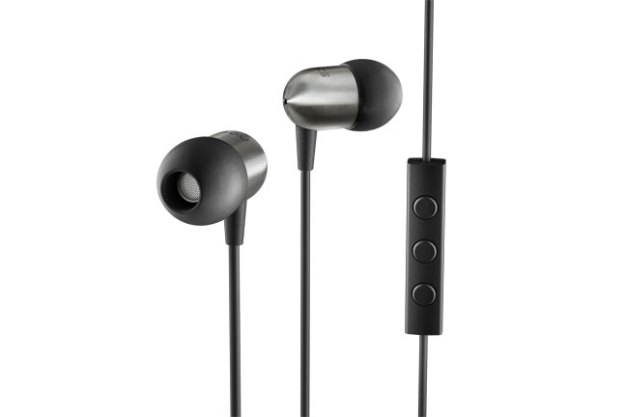 “There’s no doubt that the NS400 are a tremendous value. Sure, they’re short on accessories, but who cares when every cent of the purchase price pays off with premium performance.”

Every couple of days or so, we pick up another pair of earphones and are often surprised to learn they come from yet another company we haven’t heard of before. How many headphone companies can the world sustain? It’s kind of like watching the headphone version of the U.S. housing bubble and, if the simile plays out, that means the industry could soon see some unfortunate collapses. Sad as the situation could turn out to be, we’re having plenty of fun testing all of these earphones.

Next on our seemingly endless docket of headphone cases: The Nocs NS400. NOCS is one of a handful of new Swedish headphone companies making a play at the booming headphone market. It makes just four products: Three earphone models and a “street” style on-ear headphone. With a list price of $99, the NS400 sit in the middle of Nocs’ earphone line-up.

The NS400 are short on accessories. In the box, we found the earphones and a white paper pouch labeled “accessories” which amounted to two pairs each of small, medium and large silicone ear tips and a small cable clip. We’d really like to see even a rudimentary pouch included, or at least a resealable bag to contain the little ear-tips. We had to resort to a zippered sandwich bag just to keep them from scattering about our desk.

The NS400 use titanium-coated 8.0mm drivers. The earphone housing is also made of titanium. The rest of the earphone, including the ear-tips, cord and mic is available in either white or black. Total cord length measures in at just over three feet, barely long enough if you intend to use it with anything other than a personal media player.

Sensitivity is rated at 95db, impedance at 16 Ohms (@ 1 kHz) with a frequency response of 20Hz to 20kHz. Pretty standard stuff.

The NS400’s iPhone mic offers three-button control, allowing for convenient use of all the basic phone and iPod controls.

It is our standard practice to break headphones in for at least 20 hours prior to doing any formal listening. The NS400 are a great example of why break-in is such a crucial process. Straight out of the box, the NS400 sounded hard, brittle and without much depth. As we’ll soon discuss, about 24 hours of constant playing changed the NS400’s response drastically. So, a little DigitalTrends PSA: Whenever auditioning or purchasing a speaker or headphone, please make sure they have been broken in or are given the time to break in before making passing any judgment. If you don’t, you could be missing out on something great.

We found the NS400 to be plenty comfortable. They’re small and light enough to almost forget you’re wearing them. The seal they provide is excellent and lends some significant passive noise isolation. The iPhone mic and control buttons don’t add much weight to the right earphone, though it can be clipped up to relieve any strain. Really, our only complaint is that the cord (aside from being a little short) transfers plenty of sound any time it is touched or moved — a common issue we’d like to see go away forever so we can quit complaining about it.

Anyone who has read audio reviews has heard about this, and some of us are fortunate enough to have experienced it: That moment where we “hear things we had never heard before.” It’s one of those widely used, accessible listener descriptions that seems universally understood to imply a revealing piece of audio gear. Well, once we started our listening tests with the NS400, we were treated to another one of those moments, but at a level much more grandiose than we’re used to.

“Blue in Green” from Russell Gunn’s Plays Miles album is one of our favorite test cuts because it’s got a little bit of everything we like to use when gauging audio performance. It opens with uncompressed solo acoustic piano accompanied by some creaking noises from the piano bench and some heavy breathing from keyboardist Orrin Evans as he tickles the ivories. Later, Gunn comes in with some electronically processed trumpet. The effects add some artificial body and warble to Gunn’s tone. It’s distinct and fun to listen to. Next, bass player Mark Kellye alternates between quick, percussive finger picking and long sustained notes which run up and down the entirety of his five-string bass’s range. There’s some really deep stuff in there, which tips us off to how low a headphone will go. Then there’s the well-recorded drums… honestly, we could go on and on.

Anyway, we’re listening to this track we’ve heard countless times and something suddenly leapt out to us at 1:36. Plain as day, we heard what sounded like a “ghost trumpet” haunting the song. What we think we heard was a trumpet performance track that didn’t make the cut and was essentially “killed,” to be replaced by another track. The thing is, the trumpet track in question seems to have bled through the mics of another instrument on the recording. The drums, bass or piano mics must have picked it up. We suppose it’s possible the sound is intentional, but we think it is just as likely that the producer and engineer thought that it would go unnoticed, assuming the track that picked up the bleed didn’t need to be re-recorded. A fair assumption, considering we’ve been using this cut for almost two years now and never caught it. That is, until we listened to it with the NS400.

Once we were aware of the anomaly and knew exactly where it came in, we decided to listen to the same section with various other headphones in our review queue. With the JLab J4M, the ghost horn was audible for less than a second when, suddenly, the headphone’s booming mid-bass came in, overshadowing anything else that was happening in the music. With the B&W C5, (which had the least bass of all the headphones in this little shootout) the ghost was so far back in the mix that we felt a little better for not having noticed it before. With the large, circum-aural Sennheiser HD598, the track was more pronounced but still not nearly as exposed as the NS400 made it.

In a way, the mini-shootout, inspired by this studio recording phenomenon, gave us all the information we needed to make our evaluation. It turns out, the old trumpet track is audible on and off for the duration of the song. But we’d never have known it if it wasn’t for the NS400.

The NS400 aren’t just a one-trick pony, though. Sure, they’re revealing, but there’s plenty more going on here. We changed our listening tracks over to the “man with the horn” himself, Miles Davis, and his Live Around the World album. The bass response was fantastic. We got round, deep, poignant bass accompanied by open, airy trumpet tone that carried more weight than most of the similarly sized headphones we’ve tested. While they don’t deliver the body of an on-ear or over-hear headphone, they get you closer than most in-ears can. Treble is a little on the hot side in general (no one will accuse the NS400 of being “laid back”) and, on our brightest tracks, perhaps a little aggressive (Jason Mraz’s “Mr. A-Z” was borderline unlistenable). But we felt ok with the occasionally hot highs considering that, 90 percent of the time, the treble was right where we like it.

While the NS400 sound as good as any earphone can when being powered by an iPhone, they really came alive when connected to gear that had some decent output. Both our HeadRoom Micro Amp and NuForce uDAC-2 took the already great sounding NS400 to truly fantastic levels of performance.

When we first looked up the price of the NS400, we were straight-up shocked. We’ve seen these little titanium gems available for anywhere from $100 right down to $65 from reputable online retailers. Even…Sears? We don’t want to set off any alarms over at Nocs, but the NS400 could sell for more, given how great they sound. It’s rare to find an earphone so small and light, with such solid, revealing output.

So, as it happens, Nocs is a small Swedish company that really seems to know what it is doing when it comes to making earphones. It’s been a real pleasure discovering the beauty that is the Nocs sound, and we can’t remember the last time a set of headphones turned out to be such a pleasant surprise. We keep thinking: if the NS400 sound this good, then how good must the dual-armature NS800 sound? We’re requesting a sample and hope to let you know all about that.

There’s no doubt that the NS400 are a tremendous value. Sure, they’re short on accessories, but who cares when every cent of the purchase price pays off with premium performance? We suggest you do yourself a favor and snatch these up before someone in Sweden gets wise and the price goes up. If you do, though, be prepared to re-listen to your entire music collection. The NS400 have a way of compelling you to just…listen.

Because the NS400 “nocs” us off our feet (sorry, couldn’t help it) and can be had at a very attractive price, we gladly bestow them our coveted Editor’s Choice award.