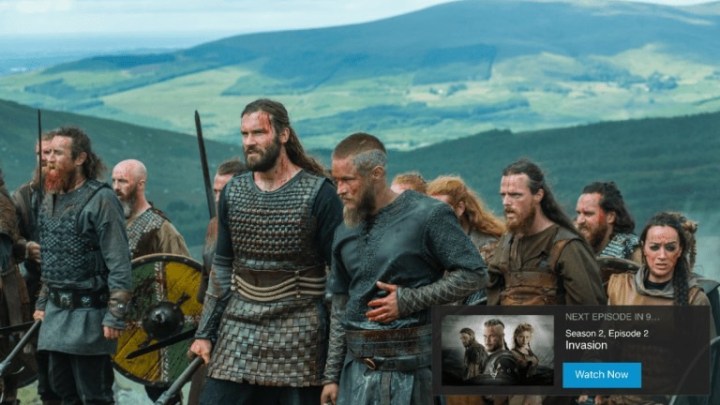 Sling TV, the streaming subscription service owned by Dish, is hoping to capture some new subscribers using the tried and tested approach of offering free samples. Starting this week, Sling said it is letting a “select” group of Roku users — who are not already Sling subscribers — watch individual Sling shows, and even subscribe to Sling channels without paying a cent or starting a free subscription or handing over credit card info.

The free shows include popular titles like Shameless, The Big Interview with Dan Rather, and Heartland. A Sling spokesperson also confirmed that some of the free content will be ad-supported, according to Variety. When opening the Sling TV app on a Roku device, new Sling TV users can click “browse as guest” to launch the interface. Available programming will live in the “My TV” section. Eventually, this will roll out to all Roku users.

If you’re looking for a more premium experience, but are still feeling anxious about an all-in subscription, Sling has you covered there too: You can buy individual pay-per-view movies and events through the Sling app, again, no subscription needed.

As intriguing as these two options are, what will really interest cord-cutting Roku users is the ability to subscribe to individual channels on an à la carte basis, which the company claims makes it the only live over-the-top service that lets you do this without subscribing first to a base service.

Sling is also rolling out a new search interface. Before you even begin typing in your query, the app will present a list of the most popular searches happening now. Who knows? Maybe someone else has already done the heavy lifting. Once you’ve chosen what to search for, results are now organized into a new set of categories, including top results, movies, shows, and channels.

The company is also taking a page out of Netflix’s playbook to aid the binge-watchers out there: You will now be prompted to play the next episode of a show if one exists, as soon as your current episode is over. If you sit there and do nothing, the next episode will auto-play after 10 seconds, though no word yet if you’ll be able to disable this feature as you can with Netflix.

These are big changes for Sling TV and come at a time when Roku itself is offering free, ad-supported content via its Roku Channel, and making that same channel available on non-Roku devices. It’s also simultaneous with the news that Apple will be adding iTunes content to Samsung TVs, which might open the door to both of those companies pursuing similar strategies. Amazon is already heavily involved in this space, too.