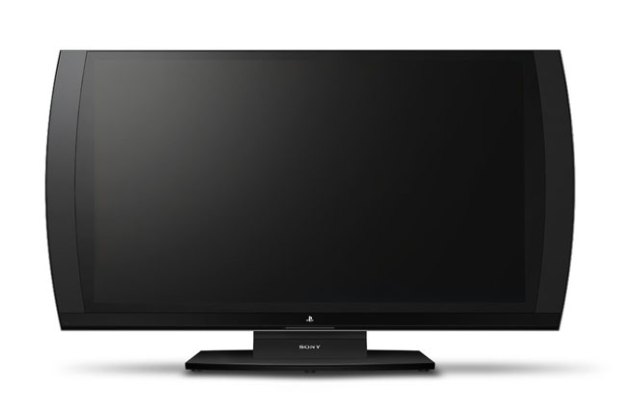 “Sony has managed to make a $500, 24-inch display appealing by including some useful accessories, integrating 3D and offering the rather innovative SimulView feature.”

Every once in a while, Sony comes up with a really great idea, and we think this may wind up being one of them. At first glance, Sony’s new PlayStation-branded TV appears to be the product of some clever marketing down at Sony HQ — an effort to leverage the popular game console brand in order to move some TVs. As it turns out, though, the Sony Playstation 3D display is more than that. This display has a few tricks up its sleeve, not the least of which is the ability to provide two players with their own full-screen image in two-player game modes. In our Sony Playstation 3D display review, we break the display’s features down, rate its performance and discuss what sort of consumer the product is suited for.

What comes in the box with this Sony display is kind of important since, without its accessories, this unit is little more than a $500, 24-inch monitor. And let’s face it, 24 inches isn’t huge for a $500 display these days.

With the bundle Sony is currently promoting, consumers get the 24-inch display, a table-top stand, one pair of rechargeable active 3D glasses, an HDMI cable, USB charging cable, a copy of MotorStorm Apocalypse, and an AC power cord.

What’s not in the box that really should be is a remote control. More on that coming up later in our review.

The display measures roughly 13.75 x 25.5 x 1.70 inches (H x W x D). Sony hasn’t published the precise weight for this display, but suffice it to say that it is appropriately light and should be a cinch to wall-mount.

You might have noticed that we keep referring to this unit as a “display” rather than a “TV” or a “monitor.” This is because, without some sort of tuner, it isn’t a TV and, with the inclusion of component video and analog audio inputs, several speakers and lack of a VGA input, it doesn’t really fit the description of a monitor either. That said, it can be connected to a computer as a monitor or to a cable or satellite box as a TV. Just what is this thing?

To be sure, it is an LED edge-lit, 24-inch, 1080p, 240Hz, 3D display complete with two HDMI inputs, the aforementioned component/AV inputs, two side-mounted, forward facing speakers and a rear facing “subwoofer” (a seriously loose interpretation of the term, we might add).

The active 3D glasses Sony includes look just like the 3D spectacles made for the company’s standard 3D sets. A micro-USB port is found along the top of the glasses’ bridge, right next to the activation button and a tiny red LED. Inside the glasses frame, near the right temple, is a power switch. Sony says its 3D glasses will work with most active 3D displays.

The display offers some picture controls including backlight, brightness, contrast, color hue, sharpness and color temperature. Making any adjustments to these settings is a bit of a hassle, though. With no remote control, one is left with the buttons located on the backside of the display. This isn’t all that different than most monitors but, then again, this isn’t really a monitor. There’s also the volume control and power functions to consider, which would be much easier to control with a remote. Even a small credit-card-sized remote would have done.

Finally, we are perplexed as to why powering up or down a source doesn’t also power up or down the display. This is an increasingly common feature because HDMI facilitates communication between devices (called HDMI-CEC). Hopefully, this is a feature that will be included in subsequent models of this display.

To test the performance of the Sony Playstation 3D display, we connected a Sony Playstation 3. For media, we ran through clips from a handful of Blu-ray movies and played the co-op campaign in Killzone 3 as well as the Uncharted 3 singleplayer in 3D mode.

Straight out of the box, this display provides a great picture. In our medium-bright test environment, we had to crank the backlight to its maximum, but were able to leave the brightness setting at its midpoint. With contrast jacked up to about 90 percent, we were quite happy with the picture’s luminance and shadow detail in both 2D and 3D modes. The picture was impressively uniform for an edge-lit LED set, with no obvious bleed from the edges.

That said, the display’s highly reflective glass didn’t help us out when it came to our ambient-light situation. Overhead lights were all that was needed in order for our reflections to show up clearly during darker screen moments — clear enough to shave, even. While we do appreciate the glass panel’s clarity, the reflectivity issue is a problem.

Sony has installed a speaker in the back panel of the display to reinforce low frequencies, but we didn’t find it very effective. The sound from the speakers was a bit on the harsh side, and when turned up to a healthy volume, tended to distort. We had hoped for slightly better audio performance, given the amount of space the speakers take up on the flanks of the display. If nothing else, those large speaker panels seem to do a good job of hiding any LED edge-lighting bleed that might be present.

Uncharted 3 is noted as a 3D spectacle, so we expected some pretty impressive effects. We weren’t disappointed. While we remain unenthusiastic about active 3D in general, we could certainly see the appeal this newer dimension in gaming brings to younger gamers. During a rooftop chase segment early in the game, our depth perception was initially thrown for a loop, but after a few minutes, our eyes relaxed into the enhanced depth and spatial relations. Brightness took a hit with 3D engaged, but we didn’t have any problem seeing details in shadowy spaces and, overall, felt the image was plenty bright. Crosstalk was kept to a minimum, but as is usually the case with active 3D, we noticed a bit of flicker.

SimulView is this display’s best trick. As best as we can tell, the feature uses 3D technology and reverses polarity to allow two players to see separate, full-screen images at once. In other words, one set of 3D glasses’ shutters are timed to show one image, while the other set is timed to show the second image.

Kill Zone 3 apparently requires that players wade through gun training before the SimulView feature goes into effect. SimulView must be turned on from the game’s main menu. If you turn it on before starting the co-op campaign, only one player can see their screen. The second image is a shadowy fixture in the background. If you start the co-op campaign with the feature turned off, you must save and quit the game, return to the main menu, turn on SimulView, then resume where you left off. Why not just have it active from the get-go? Granted, SimulView capability for this game came by way of a retroactive patch, but it still doesn’t make much sense.

We got through the gun training, but had some trouble getting our 3D glasses to sync with the display properly. We’d power up the glasses and see the same image through each. We tried everything we could think of: updates, resets, settings in both the display and PS3…nothing worked. After a brief consult with a rep from Sony, we learned that clicking the power button on the glasses would switch the glasses from one “screen” to another. It’s always something simple and silly like that. Here’s to hoping Sony thinks to put that in the consumer packaging because that little tidbit of info was conspicuously missing from the demo unit we received.

Moving on, SimulView is a pretty nifty trick. We expected to see some “ghost” images from the other screen, but the effect was minimal. The only time we saw the alternate image was when one player was looking at a dark environment and the other at a bright environment. Otherwise, the ghosting was minimal and came across like some oddly placed shadows in the graphic landscape.

On a 24-inch screen, SimulView is a necessary alternative to split-screen, but we’re on the fence as to whether it is any better than a horizontal split screen on a TV 42 inches or larger, which $500 could certainly purchase. Regardless, Sony seems to have pulled this feature off pretty well.

Sony has managed to make a $500, 24-inch display appealing by including some useful accessories, integrating 3D and offering the rather innovative SimulView feature. While this display is not our cup of tea, we can see how it could be hugely popular this holiday season. It pulls off some slick tricks and comes with the desirable PlayStation branding slathered all over it. If the Sony Playstation 3D display winds up on a loved one’s holiday wish list, we say go for it. It’s a lot of fun. Just don’t expect it to entertain more than two people at a time.