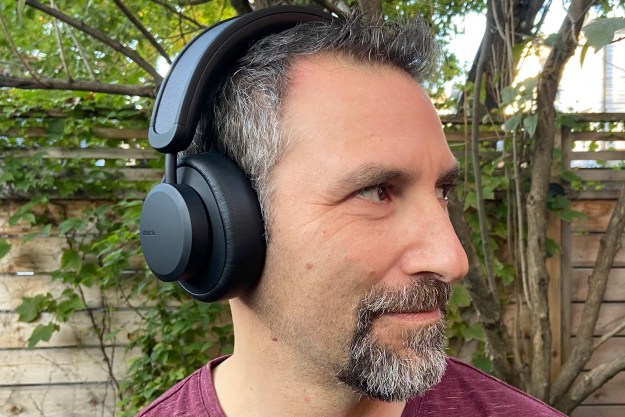 “As long as you spend plenty of time in the sun, the Urbanista Los Angeles solar-powered headphones will free you from recharging.”

Urbanista’s $199 Los Angeles — the very first set of solar-powered wireless headphones — are here. And, yes, they do indeed charge themselves when exposed to light, both natural and electric. But what’s it like to use them and just how much light do they need? We tried ’em out to see.

Urbanista makes several models of wireless headphones and true wireless earbuds, but the company never felt the need to create a companion app for iOS or Android. With their simple operation, there was arguably no need for an app. But when you decide to sell the world’s first set of solar-powered headphones, you really need a way to show people how that whole solar thing works. So Urbanista created its first mobile app, and it’s, ahem, brilliant.

In an ideal world, there would be a constant balance between the yellow (your gain) and the red (your drain), so that if you started your day with a full battery, that’s exactly how you’d end the day. You could then, in theory, repeat that balancing act every day and never need to plug the Los Angeles into a charger.

Alas, and as you might have guessed, that’s easier said than done. Noel Coward famously wrote that only mad dogs and Englishmen go out in the midday sun, and if you subscribe to that behavior, too, not only will you keep the battery from draining, you might actually end up harvesting more power than you expend. But unless that describes a typical day for you, you’re more likely to break even, or end up in a power deficit. That’s because the Los Angeles’ solar panel — totally disguised within a completely normal-looking headband — needs a lot of direct light.

As I type this in my home office, I’m sitting about three feet directly below a light fixture powered by a single 100-watt-equivalent LED bulb. And while the frosted glass of the lightshade diffuses the light sideways, the bottom of the shade is actually a clear lens, which if anything, concentrates the amount of light being aimed directly at my head. Still, the Urbanista app reveals that the Los Angeles is barely able to syphon 0.1 mA of power, while the headphone’s power requirements sit at 2.3 mA. In other words, I’m consuming 23 times more power than I’m absorbing.

It could be worse. Right now, I’m not using the Los Angeles’ active noise cancellation (ANC) or ambient sound modes, and I’m not listening to any music. If I were to activate these features, the drain would jump up to 7.5 mA, or as much as 10 mA, depending on my chosen volume level, etc. At that rate, the headphones’ impressively large 80-hour battery capacity would last exactly 80 hours and no more.

To significantly increase the amount of power being absorbed, I had to hold the headphones directly under the light, and even then, the power meter indicated I was barely running on a break-even basis.

None of this is a critique of the Los Angeles or its Powerfoyle solar technology — I don’t know of any solar panel that could provide significantly more power from the same amount of surface area. But it is a reminder that Urbanista’s promise of “virtually infinite playtime” should be seen as more aspirational than fully achievable. Still, it’s worth noting that on a bright October day in Toronto, I was able to go for a 45-minute walk with ANC on and tunes playing at 50% volume, and when I returned (after making a bit of an effort to stay on the sunny side of the streets), I had exactly the same amount of battery time remaining as when I set out.

Urbanista based the Los Angeles on its Miami wireless headphones, and the two models share more than just looks. Their sound signature is very close, with very good clarity across frequencies and with a slightly bass-forward approach that lends itself well to beat-heavy tracks.

I really like that Urbanista has found a way to maintain this balance throughout the volume range. There’s no distortion as you near the top of the dial and. as long as you’re in a quiet location, even the lower volume levels offer good overall sound quality.

Of course, if you don’t like the way the Los Angeles have been tuned, there’s not much you can do. Despite creating the app for these cans, Urbanista hasn’t included any EQ adjustments.

But one big change from the Miami to the Los Angeles is Urbanista’s decision to remove the 3.5mm analog input jack from the right earcup. Perhaps more room was needed for the Los Angeles’ bigger battery, or maybe it was a cost-saving measure. Regardless of the reason, it’s a strange choice for a set of cans that are intended to keep you free from the worry of running out of power. Should you somehow end up depleting the 80-hour battery, the lack of a an analog input means no more tunes until you find some sun, or a power outlet.

One of my favorite aspects of the Los Angeles is how securely they stay in place. I’ve got a pretty small head, and I find that some headphones simply don’t clamp strongly enough to keep them from shifting around. But the Los Angeles are impressively stable and didn’t budge the entire time I was wearing them. I don’t recommend working out with full-size headphones, but if that’s your thing, the Los Angeles will happily keep you company.

The only thing missing in the comfort department is more room for your ears. The ear cushions are deceiving: They wrap around a big section of the the earcups, making them look plush and deep. But they’re actually incredibly shallow, with only a few millimeters for your ears. Over time, I found this created pressure points.

The controls are easy to access, with buttons set on on the side of each earcup where your thumbs can find them quickly. However, the play/pause, volume up/down, and track skip controls on the right earcup are very small, very close together, and quite tricky to distinguish by feel. I have no idea how you’d use them with gloves on.

The best noise-canceling headphones can all but eradicate external sounds, but don’t expect this level of performance from the Los Angeles. Think of it instead as noise reduction. When engaged, ANC takes the edge off of those annoying background sounds like traffic or the steady drone of a fan or airplane engine. But it’s only a reprieve from the very lowest frequencies — the higher pitches will still get through.

Transparency mode (or ambient sound as Urbanista refers to it) is similarly effective — it definitely brings in the outside world, but can’t quite kill the sensation that you’re still wearing headphones.

My biggest critique here is that the Urbanista app lets you decide if the ANC button will cycle ANC on and off, ambient sound on and off, or cycle through ANC on > ambient on > both off. But you can’t set it to simply bounce back and forth between ANC on and ambient on, which are arguably the two most important settings.

As with most full-size headphones, call quality is pretty good. It’s not stellar, but perfectly adequate for talking, even in moderately noisy environments. At times, the environmental noise cancellation circuits can drop your voice’s volume as it attempts to hush the other sounds, but this will only be a problem if you insist on taking calls at busy intersections.

Who are they for?

The Los Angeles are essentially a good set of wireless headphones that happen to have a solar panel built into the headband. If you spend most of your listening time outdoors, in sunny or even partially overcast conditions, you’ll reap the promised benefits of unlimited power. But for most of us, that benefit will be fleeting at best: We may not have to plug the headphones in quite as often (especially given the impressive 80-hour battery), but we’ll still need to plug them in. Is that worth the $50 premium that Urbanista charges over the similar $149 Miami? Sun-seekers would probably say yes.

Topics
The best home theater projectors you can buy in 2023
The best wireless headphones for 2023: which should you buy?
The best noise-canceling headphones for 2023: Sony, Apple, and more
Best headphones for 2023: Sony, Sennheiser, Apple, and more
Marshall’s latest Bluetooth speaker has four drivers for 360 sound
Showtime is being merged into Paramount+
Sling is now 50% off — stream live sports without cable
Klipsch follows the success of The Fives with The Sevens and Nines powered speakers
Everything leaving Hulu in February 2023
Peacock does away with free tier for new subscribers
Is there a Sling TV free trial? Here’s what you need to know
What’s new on Apple TV+ this month (February 2023)
YouTube TV loses MLB Network and MLB.TV add-on