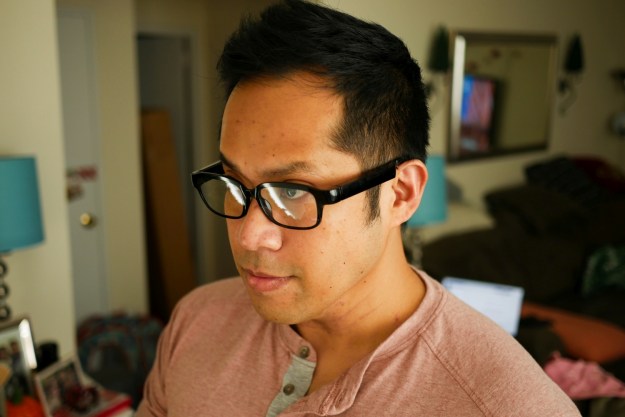 “The Amazon Echo Frames is a decent start to having Alexa go wherever you go.”

Let’s face it: Alexa is everywhere. There’s no denying that Amazon’s virtual assistant has permeated every facet of the tech space. You’ll find Alexa in showerheads, wall outlets, and even a twerking teddy bear. For the most part, the company has looked at more practical applications in the wearables space.

The Amazon Echo Frames, first announced in 2020, was one several new wearables that were introduced to give people access to Alexa at any instant. While it remained nothing more than just a “Day One edition” since its announcement and limited release, a low-key successor was subsequently announced just last month. Now, we have the Amazon Echo Frames (2nd Gen), sporting upgrades such as better audio and longer battery life — all while trying to remain discreet with its design. The question that still persists is whether or not it’s a practical gadget to have?

I don’t wear glasses, so using the Echo Frames requires a bit of acclimation. What’s assuring is that the Frames look very much like an ordinary pair of glasses from the front — you wouldn’t even realize it’s a pair of smartglasses when you first look at it. In fact, the design tucks away all the techy hardware inside the frame — when you look at it from the front. That all changes the moment you look at it from the sides.

That’s where the all-plastic frame is the thickest. It’s can certainly be a minor distraction, but as a whole, the design’s contemporary look makes it an eyepiece that won’t stir up too much attention. The eyewear leverages materials such as TR90 (thermoplastic material), carbon fiber, and titanium in its construction, making it lightweight, but the entire package feels shoddily constructed. Amazon did a commendable job designing it, but everything about the construction screams flimsy!

You wouldn’t even realize it’s a pair of smartglasses when you first look at it.

The lenses that came with my unit are polycarbonate, a material that’s commonly used in eyeglasses. In my experience with polycarbonate lenses in sunglasses, they’re more prone to scratching and less resilient than glass. It’s probably why it’s recommended to use the microfiber cloth and hard shell case whenever possible. Prior to receiving the Echo Frames, I thought it’d be possible to replace the lenses with ones that filter blue light. However, that’s not the case at the moment, but you can swap them out for prescription lenses.

Alexa all the time

At the heart of it all is Alexa — the virtual assistant lives within the Amazon Echo Frames at all times, as long as you have a Bluetooth connection to your mobile device. It’s necessary because there’s no Wi-Fi. I connected it to my iPhone XS and didn’t have any issues.

Initiating Alexa is done exactly like it is on any other Alexa device you might already own — all you have to do is say “Alexa.” Honestly, the experience is no different from accessing her through a smartphone, smart speaker, or any of the other Alexa devices on the market. I appreciate the convenience of being able to control my smart lights at home, as well as to receive alerts from my Ring Indoor Cam whenever it detects motion.

I was particularly intrigued by the built-in speakers of the Echo Frames. With this second-generation version, Amazon says there’s an improvement to its open-ear audio technology. The volume is adequate for listening to music, podcasts, or e-books, but I can tell you that others are able to hear it as well. And that’s one point about the Echo Frames that stands out to me. Sure, I had no problem conducting phone calls and listening to songs while washing dishes, all done hands-free, but a part of me would rather have those experiences kept private.

If you’re like me and have a ton of apps on your smartphone that constantly bombard you with notifications, then you’ll like its VIP filter. Through the Alexa mobile app, you can prioritize what messages and app notifications you want to hear. It’s useful that the Echo Frames will emit a sound whenever a notification comes up, followed by Alexa’s announcement, but then you’ll have the choice to continue hearing more of that notification by swiping on the capacitive touch-sensitive area that’s incorporated into the right part of the frame.

Now, the only thing missing from the experience is being able to choose Samuel L. Jackon as the voice assistant. Right now, that’s not an option, but I hope that changes soon.

One of the annoyances I have with almost any gadget is that they simply can’t hold their charge long enough to last a day. Thankfully, that’s not a problem with the Amazon Echo Frames, as it easily powered through a single day with plenty of gas left in the tank. In my experience, there was 30% capacity left after a day of use that began with a full charge. Considering that I was using it to replace a pair of headphones, while still giving Alexa commands throughout the day, it’s impressive that it lasted that long. Amazon’s battery life claim of 14 hours of juice for media playback at 80% volume is impressive, and my real-world experience was a satisfying affirmation.

It’s impressive that it lasted that long.

The Frames come with a proprietary charging cable with pin connectors that magnetically connect to the port on the Echo Frames. Going with this implementation gives the Echo Frames an IPX4 water-resistance rating — so it’ll be able to withstand minor splashes if you get caught in the rain, but you don’t want to take a dip in the pool.

In the short time I’ve been using the Amazon Echo Frames (2nd Gen), I’ve grown to appreciate how useful it can be to have a voice assistant at your disposal at all times. But I’m craving much more. Is this any different from an Alexa smart speaker when you’re home, or perhaps your smartphone? Not really.

There’s also part of me that wonders about how this could be an even more attractive solution. Take for example its open audio tech. It’s great that I’m able to hear notifications and music while wearing the Echo Frames, but I would value something with more privacy — perhaps along the lines of leveraging bone conduction tech, so that the audio is isolated to my own listening.

Its price of $250 may seem like a costly investment, but you have to remember that these are connected glasses that offer a better hands-free experience, eliminating the need to carry or use multiple gadgets. Just think about it for a moment — it packages the functions of a smart speaker, virtual assistant, and wireless headphones into one. That kind of convergence is hard to come by.

I’ll be frank and say that you’ll want to be extra careful because the construction doesn’t give me confidence that the Frames would endure accidents or drops. However, Amazon does offer a 2-year accident-protection plan for $40. With the standard 1-year limited warranty, defects are covered.

At the moment, no. There are few smartglasses on the market, with the vast majority of them positioning themselves more as augmented reality glasses than anything else — plus, they’re generally much more expensive.

Yes, especially if you’re the type who craves constant interaction with Alexa.

Best Blink camera deals for May 2022