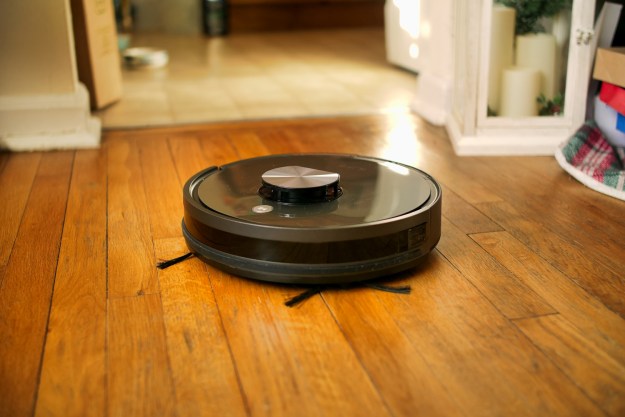 “The iLife A10 is a robot vacuum that needs supervision to get the job done.”

The Wyze Robot Vacuum has certainly raised eyebrows of late, showing us that a low-cost offering can deliver just as good of a cleaning as bots double its price. However, we can’t neglect to mention another company that has its roots in the entry-level robot vacuum space, iLife. It has been making robot vacuums for some time now, but its latest model, the A10, may very well be a direct rival to the Wyze Robot Vacuum because of its similar features and sub-$300 cost.

Conveniences thanks to lidar

For the money you’re forking over, it’s swell that the iLife A10 offers smarter navigation thanks to on-board lidar that maps out rooms. Once reserved for high-end robot vacs, lidar technology is slowly being introduced to budget models — and we’re excited that it’s here with the A10. This allows the bot to effectively clean rooms by moving in straight lines.

You can even set up restricted zones through the iLife app that essentially makes a virtual wall to prevent the bot from passing. Again, you’re getting some extra features we typically don’t find in robots in this price range. It’s compatible with Google Assistant and Amazon Alexa, so you’re able to start and stop cleaning through voice control.

One notable thing that stands out looking at the ILIFE A10 is that it features dual side-sweeping brushes, something that we’re seeing less of nowadays in robot vacuums, as most of them only use a single brush. The two side-sweeping brushes are useful at funneling dirt and debris on hardwoods and tiles, so they’re gobbled up by the underside brush. Plus, it’s nice that they rotate at a decent speed — so that they don’t just simply fling debris everywhere.

Lidar helps to navigate corners, too, ensuring that the side brushes capture as much as possible. However, since these are standard bristle-style brushes, they become easily frayed. Over time, this will make it less effective at cleaning. I prefer having rubber brushes because they’ve proven to be more durable in my experience.

When it comes to carpets, the iLife A10 tackles superficial stuff decently with its 2000Pa suction by going into boost mode automatically, but it doesn’t have the same deep-cleaning results as an ordinary handheld vacuum. All of the dirt is collected into its unique 600ml cellular dustbin design, which helps safeguard the filter against blockage caused by dirt buildup. However, I’m not thrilled with how the mechanism opens the dustbin from the top — resulting in some debris escaping the dustbin whenever I empty it.

It’s not as fast as other robot vacuums when it comes to cleaning my entire apartment, nor does it achieve the same level of cleanliness, but for what it’s worth, the iLife A10 will keep your home tidy and clean. If you don’t intend on running the bot frequently, say at least once a day, then you’ll want to run it for a second pass. Its 100-minute battery life is sufficient for smaller spaces, but it’ll automatically recharge itself whenever the battery is low — then resume where it left off.

It’s not perfect at avoiding common household traps, like low clearances underneath furniture and the occasional cable wire, so expect to save it from distress frequently. In fact, it got itself stuck on a thicker surge protector cord on the floor, which is odd given that it’s the thinner cables, such as those from smartphones, that tend to trip up most bots.

Dividers also pose trouble for the iLife A10. There’s a thicker divider piece at the entrance of my bathroom, and the A10 miserably fails at attempting to climb over this hump. Its wheels seem equipped for the task, but it just struggles in this case.

What really stands out to me about the iLife A10 is the amount of times it needs to be saved. Whether it’s a sock clogging its underside brush or getting stuck underneath my living room entertainment center, the A10 need constant babysitting.

When time is money, it’s no surprise why robot vacuums continue to prove useful in the home. The $280 cost of the iLife A10 will easily turn heads, but just know that time and patience is needed in making sure this bot completes its cleaning. If you’re OK with that, it’s worth consideration.

In this price range, the only other logical rival is the Wyze Robot Vacuum, which is priced less, at $250.

Sporting a glossy top and mostly plastic construction, the ILIFE A10 at the very least feels like it’s put together nicely. But frequent maintenance is something I’d recommend given how tangles can quickly build up on its brushes. There’s a one-year limited warranty for defects.

Yes. Even though it needs babysitting to keep it from getting into trouble, that’s the only major trade-off here given its low cost.