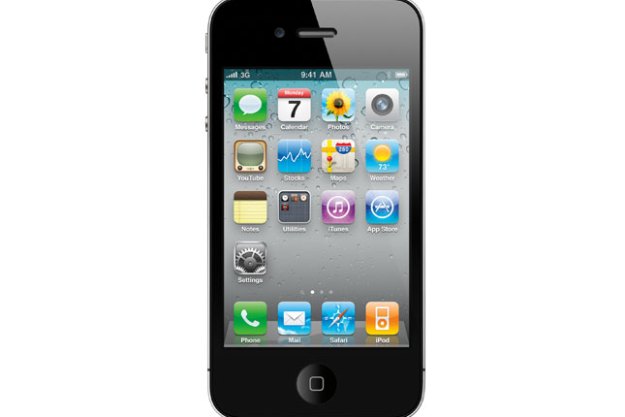 “The iPhone 4 delivers a super-sharp screen and clever videoconferencing abilities, but existing iPhone owners shouldn’t be in a hurry to upgrade.”

The Apple iPhone is no longer the Superman of the cellphone world, despite all the hoopla, lines and glitz. Every carrier now has (or will have) at least one comparable Android superphone to the iPhone 4, such as Sprint’s EVO 4G, T-Mobile’s Google Nexus, the upcoming Droid X from Verizon on July 15, and Samsung’s Galaxy S from either AT&T or T-Mobile later this summer. Plus, the iPhone 4 also has to compete with the lower-priced 3G S, which also can run the new-and-improved multi-tasking iOS 4 operating system.

The question really isn’t whether the iPhone 4 is a cool, new phone – it is. Its video chatting FaceTime is fascinating and fun, the Retina high-resolution screen is a salve to squinters, its 5-megapixel camera is exceptional. But the iPhone 4 also suffers from a couple of niggling issues which, now that you have plenty of superphone choices, make it less than it could have been.

Apple touts the iPhone 4 as being the thinnest smartphone ever. This is misleading. The iPhone 4 is actually thicker around the edges than the tapered 3G S, so it feels thicker. And its glass rear is slipperier than the plastic 3G S.

The iPhone 4 is a smidgen smaller all around than the 3G S and the same weight, but thanks to the metal band around the perimeter and the glass front and back, it feels more solid. It’s also squarer than the tapered 3G S, which means form-fitting skins won’t fit (they’ll be too small), and the upper frame by the earpiece has a sharper edge, which means a naked iPhone 4 held tight to your ear will feel sharp and uncomfortable.

The iPhone 4’s controls and jacks remain in the same place, but the volume controls and home key require a firmer touch, which eliminates accidental presses.

Inside the iPhone “General/About/Capacity” settings menu, we’re told the 32 GB S has 29.3 GB of user memory, and the iPhone 4 29.1 GB. When you plug the two phones into iTunes, you’re told the S has actually has 29.33 GB and the iPhone 4 just 29.06 GB. But that approximately 270 MB difference (if my math is right) is not big enough to account for the disparity between the content that fit on my S and what didn’t fit on my 4. I had 4,750 music tracks and 2,250 photos on my 3G S with 1.4 GB left to spare; I had to trim these down to 4,550 tracks and just 400 photos, with just 830 MB left over on the 4 (all other content – video, apps, books, et al – remaining consistent between the two). Considering I was hoping the iPhone 4 would be available in a 64 GB version, this memory short-sheeting is doubly disappointing.

Everyone will be talking about FaceTime, but the iPhone 4’s Retina screen that will be the longest-pleasing improvement.

The iPhone 4’s Retina 960 x 640 pixel screen leans to the greener end of the color spectrum compared to the 3G S’s cooler blue hue, most noticeable on white background Web pages, on faces, and on clear blue skies. But those extra pixels make a world of difference in illuminating tiny details and creating sharper edges in images and video. More importantly, the iPhone 4’s screen has deeper blacks (noticeable when comparing the iPhone 4 and the S when in sleep); colors pop in both tone and in contrast like never before.

But all of a sudden, the iPhone’s 3.5-inch screen seems small in the expanding world of 4-inch and larger superphone screens.

As it does for photos, the latest version of iTunes gives you the choice of down converting all higher bit-rated AAC and MP3 files to 128 Kbps AAC for use on your iPhone. We were able to save nearly 4GB of space by doing this, with no real loss of headphone sound quality.

We could discern no qualitative improvement from the 3G S, but the speaker did pump out a bit more volume during FaceTime conversations. In a quiet room, we didn’t even have to go much beyond three quarters of maximum volume.

We had none of the reception problems reported by other folks, primarily because we don’t hold a bare iPhone up to our ear, left-handed, in a bear grip. Using the phone hands-free (Bluetooth or wired headphone – it does come with one, you know) is simply more comfortable and, if recent studies have shown, safer. We held the iPhone 4 with our hands covering the metal perimeter band, a manner many folks have described as inhibiting reception, for two extended phone conversations and while using FaceTime without a single problem.

Speaking of these two FaceTime calls, they varied greatly in quality, although both seemed to be running at around 15 frames per second from both the front and rear camera; we assume the video is down-converted to around half VGA resolution for transmission. A call to a colleague in midtown Manhattan was crystal clear, with little pixilization. A second call to a colleague outside of Milwaukee was highly pixilated. Both us and our callers were using N routers. Calls were not quite full duplex – it was better if one person spoke at a time, and there was a second or two of lag.

So it isn’t exactly the instant tête-à-tête video call Dr. Heywood Floyd makes to his daughter from the space station in 2001: A Space Odyssey, but the experience is both weird and fun nonetheless. You see yourself in a small window that can be dragged around to any of the four corners. But you and your caller are looking either at the tiny picture of yourself to make sure you stay centered in the frame or, more often, at each other rather than at the camera lens above the screen. As a result, you’re not really looking eye-to-eye at your caller, but a bit off center, which makes everyone look shifty. Switching to the rear camera to give your caller a view of your surroundings is a neat and, in some cases, useful feature sure to be emulated by other phone makers.

Two problems. One, who do you call? As noted, you have to know someone else with an iPhone 4, and you both have to be connected via Wi-Fi. Why didn’t Apple make FaceTime an extension of iChat, so anyone with at least a webcam-enabled Mac could make and receive video calls from the iPhone 4? One has to believe such a link will be established at some point. Or that Skype will create a video call app, if Apple allows it. Or better still, that AT&T’s network will become capable enough to enable cell video calls. But we’ll probably have to wait until 4G LTE before this happens.

In the meantime, if you have an iPhone 4 and no one to FaceTime with (yes, we’re already turning it into a verb), call Apple at 1-888-FACETIME (332-3846) between 8 am and 8 pm Central Time to chat with an Apple employee for testing purposes.

The second problem: Why do we need it? Insurance adjusters, real estate agents, spouses who need an assist while solo shopping – okay. But both calls we made were primarily comprised of “Isn’t this cool,” reminiscent of the early “I’m calling you from a cellphone!” thrills from a generation ago. The techno thrill is bound to wane unless a desktop or HDTV video calling component can be created, or even just establishing compatibility with other emerging cell video telephony solutions, like Qik for the EVO 4G.

Even more than it is for movies, the Retina screen is a boon for reading smaller Web site print, and drastically improves ease of reading for text of any size, especially e-mails.

Web sites and pages all load a second or two faster on the iPhone 4 compared to the 3G S, even on AT&T’s much-maligned 3G network in Manhattan. Since both phones support high-speed 7.2 Mbps HSPA technology, the speed improvements must be attributed to the faster processor and improved antenna array.

Just because the iPhone 4’s camera is “only” 5 megapixels rather than the 8- and even 12-megapixel imagers showing up on other phones doesn’t mean squat. A 5-megapixel camera is all you need on any digital camera, unless you plan on creating billboards. It’s all about the lens and the processing. And the iPhone 4’s camera, sans flash, is the fastest we’ve used. We were frankly stunned at how quick – a second, maybe – the iPhone 4 captured and processed images and was ready to snap another. Shooting with the flash added a second or so delay between pushing the touch-screen shutter release and image capture. Larger icons would have been preferable for switching between still and video recording.

In terms of quality, indoor images and video all had an orange hue, even when we used the flash. Zooming was easy – tap the center focusing square and a touch 5x slider pops up, although indoor and night results look extra grainy. Photos also maintain focus across the entire frame, unlike the larger images on some of the other superphone cameras.

-This sample video has been compressed for the web.

Apple says the iPhone 4 will give you seven hours of talk time and six hours of 3G Web surfing, with 30 hours of audio listening, compared to five, five and 40 on the 3G S. Both are rated at 10 hours of video viewing. With only a few days of use under our belts, it’s impossible to judge exactly how accurate these figures are, but FaceTime does seem to drain the battery faster than a normal call. After 45 minutes of FaceTime, the iPhone 4’s battery went from 100 to 68 percent.

The iPhone 4’s cool factor alone will grab your attention, but unless you’re a current AT&T customer sans iPhone, we would say hold on to your 3G S for a bit. Apple iOS 4 is a major upgrade, but it brought improvements to the 3G S as well, mitigating functional differences and perhaps lowering the reasons to upgrade. If you’re a Verizon, Sprint or even T-Mobile customer, you have plenty of worthwhile iPhone 4-like choices.