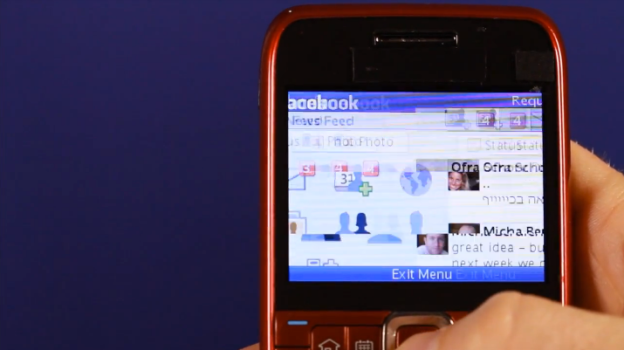 Facebook has launched a new app for all the non-smartphone users out there. “Facebook for Every Phone” is a Java-based app that brings the Facebook experience to the 2,500 different Java-enabled feature phones currently in use today. Users of the new app will have access to all the usual Facebook trappings including News Feed, Inbox and Photos.

Although it may seem like everyone has a smartphone lately, non-smartphones still reign supreme. Recent studies have found that roughly a third of mobile devices are smartphones, meaning a majority of devices are feature phones. That disparity is likely to change in the near future. But for the time being, Facebook is wise to include as many mobile users as it can. The company has found that of its 750 million active users, an astounding 250 million access Facebook through a mobile device.

While Facebook can still claim to be the world’s number one destination for social networking, lately it’s been feeling some pressure. Two weeks into its existence, Google+ —  still operating in an invitation-only testing phase — has already amassed an estimated 10 million users, proving itself to be a worthy challenger to Facebook’s dominance. We’ll see if doubling down on its mobile presence will help Facebook stave off any competition in the longrun.

Users can access Facebook for Every Phone by pointing their device’s web browser to Facebook’s mobile site. To entice users to give the app a try, Facebook has partnered with 19 carriers to offer free data access for the app for 90 days. Unfortunately for users in the States, Facebook did not partner with any U.S. carriers for the offer.