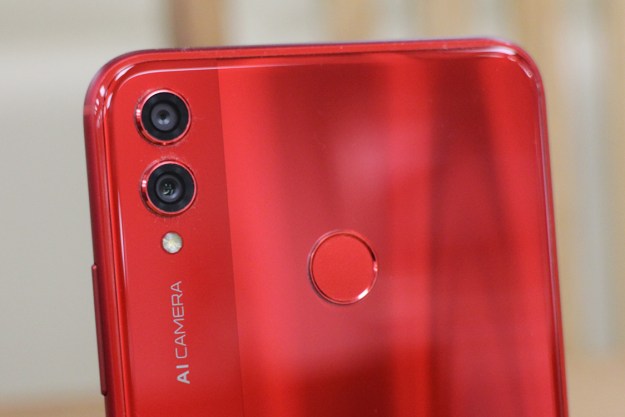 “Capable, curvy, and cost-effective, the only thing the Honor 8X doesn’t do is stand out.”

Honor has found itself in a very good position. The company has a range of phones — at least two of which are brand new this year already — and all are priced sensibly, have solid specifications, and are easy to recommend. The latest is the Honor 8X, and at first glance it seems to be another to add to the list, but the line between them all is becoming increasingly blurred, and knowing which to buy over another is difficult.

While definitely not a bad thing, we don’t want it to become complacency. We’ve been using the Honor 8X to see whether it not being drastically different to other Honor phones really matters.

The Honor 8X is a sleek, colorful, and very capable smartphone with a large screen, an octa-core processor, dual cameras with artificial intelligence, and a price tag so low that you could put one in your hand, your partner’s hand, and even someone else’s hand for less than the price of a single new Apple iPhone XS Max. We mention Apple’s largest ever phone because the Honor 8X also has a 6.5-inch screen, with a 2,340 x 1,080 resolution here.

Replace the Honor 8X name in the above sentence for the Honor 10, the Honor Play, or to a certain extent the Huawei Mate 20 Lite, and not much will change, and you have to drill right down to find the small differences in the specification. No obvious differentiators arrive when you pick up the Honor 8X either, but it is a clear upgrade over the Honor 7X. This time it has a glass rear panel for added class. The new  design looks great — one edge reflects light differently to the rest of the back panel — and choosing between the blue and the red color is a real quandary. It’s prettier than the Honor Play, and comes close to the utter delectability of the Honor 10.

The Honor 8X is a sleek, colorful, and very capable smartphone with a large screen.

As a consequence of the screen’s 19.5:9 aspect ratio, the body is long, emphasized by the reduced chin bezel that measures 4.25mm, all for an impressive 91 percent screen-to-body ratio. The body is 7.8mm thick and like the Honor Play the edges are rounded for in-hand comfort, and the screen’s 2.5D curve means it blends into the metal body well. It’s all very polished, but there is nothing we haven’t seen before from Honor here.

At first the screen didn’t look great, a disappointment after the brilliant Honor Play, and we wondered if there was some issue with the new eye comfort mode on the Honor 8X. Honor says the 8X is the first phone to have a TÜV Rheinland-certified comfort mode to reduce blue light output. In fact, after digging through the menus we discovered Vivid viewing mode was active by default, resulting in the Honor 8X’s screen looking like an LSD trip. Pro-tip: Always check your settings, kids.

Vivid mode also affected the camera, where photos took on an overly blue tinge in preview and the gallery. It’s still there a little, but this is less to do with the screen and more to do with Huawei’s artificial intelligence features in the camera.

The dual-lens rear camera has a 20-megapixel lens paired with a 2-megapixel depth-sensing lens, and the A.I. is an option activated with a special AI button. The effectiveness varies. In the worst cases, the colors are so amped up the scene becomes completely removed from reality. The best cases come when it balances out an HDR-style glow with subtly enhanced colors.

The bokeh mode is a winner, accurately capturing edges and blurring out the background around them.

When the Honor 8X gets a photo right, it’s hard to believe the shot comes from a phone that costs so little.

There are plenty of other features to play with, ranging from a 3D portrait mode, slow-mo video, and the addition of a Night shot mode with Huawei’s image stabilization powered by AI. In our brief tests this isn’t as effective as the Huawei P20 Pro, where we saw the feature initially. It opens the shutter for around four seconds and doesn’t require a tripod, and instead uses AI to steady the shot. it’s worth experimenting with, provided you take a photo in normal mode too as sometimes the Night mode shot can be very noisy.

When the Honor 8X gets a photo right, it’s hard to believe the shot comes from a phone that costs so little, just don’t expect it to be consistent. This is true of the bokeh mode, and when taking photos in generally good lighting. It’s certainly one of the main reasons to own the Honor 8X.

Selfies are taken with a 16-megapixel lens found in the notch above the screen, and we’ll be doing more testing to see how it fares.

Specs and other features

What else? There’s a fingerprint sensor on the back of the phone — which is mounted quite high on the body, sometimes forcing a grip adjustment to reach it — a fast face unlock feature for convenience, plus a 3,750mAh battery, a MicroSD card slot, dual-SIM, the Kirin 710 processor, and 4GB of RAM. Huawei’s GPU Turbo game tweaks are also onboard. A strong line-up, but nothing we’ve not seen before from Honor. The Android 8.1 operating system has Huawei’s EMUI 8.2 user interface over the top, so that feels very familiar too.

Downsides? Apart from the occasional camera missteps, we’re disappointed to see a Micro-USB charging port rather than a USB Type-C on the Honor 8X. We’re sure there are economic reasons why this is still being used, but we’d rather the newer port was adopted. NFC is also not a guaranteed feature in every market the Honor 8X arrives in, so Google Pay won’t always be available. It will be coming to the U.S., but the time and price has yet to be announced.

The Honor 8X is a strong mid-range package and it sits somewhere between 250 and 300 euros. In China it starts at around $200, which is how much the Honor 7X costs — and it launched in the United Arab Emirates at 999 AED (around $280). We’re still waiting for an official U.K. and Europe price, but if it can come in closer to the Honor 7X’s price again, it will be great value. What it doesn’t do is stand out. The 8X is Honor on cruise control, following up the Honor 7X with a safe device that if it were on a boat, it would be excel at not rocking it in the slightest. Arguably that’s all you want from a mid-range phone; but not only do we know Honor has got the talent to create talked-about phones like the Magic 2, but there’s also plenty of competition out there too.

We’re going to spend more time with the Honor 8X to see if its personality suddenly shines through, but at the moment we’d point you in the direction of the Honor Play, which as a gaming-centric phone has more of a reason-to-be than the Honor 8X, without ruining the phone for non-gamers. Yes it’s a little more expensive, but it’s a very focused and desirable product.