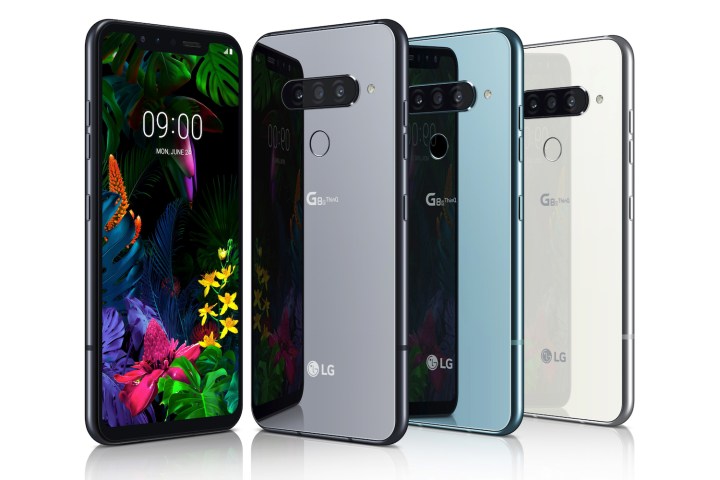 LG has launched the LG G8S ThinQ, a spin-off of the existing LG G8 ThinQ, both of which were announced earlier this year at Mobile World Congress in March. LG’s revised S version has a few alterations, but don’t expect the S suffix to mean the phone has a higher specification than the regular LG G8. Instead, the G8S will cost a little less than the G8, while still providing plenty of performance and ability.

Two main aspects remain unchanged: A Qualcomm Snapdragon 855 processor, and the unusual hand gesture system using LG’s Z Camera setup. A time-of-flight (ToF) sensor lets you use specific hand motions to interact with the phone — LG calls this feature Air Motion — without touching the screen. The phone can be unlocked, you can switch between apps, and even raise or lower the volume using the movement of your hand hovering over the phone.

The ToF sensor is set alongside an 8-megapixel selfie camera with an f/1.9 aperture on the front of the phone, above a 6.2-inch OLED screen, but the resolution is 2248 x 1080 pixels rather than the massive 3120 x 1440 pixels on the standard LG G8. On the back is a triple-lens camera consisting of a 12-megapixel, f/1.8 aperture lens, a 13-megapixel wide-angle lens, and a 12-megapixel telephoto lens. This is slightly different to the rear camera on the G8, which comes in both dual and triple-lens configurations with a 16-megapixel super wide-angle lens.

The G8S’s wide-angle lens has one of the largest viewing angles out there, with an incredible 137-degree viewing angle, while the ToF sensor on the front adds a bokeh-effect portrait mode, plus a Spotlight mode for different lighting effects to the selfie camera. The bokeh mode can also be activated for video, in addition to stills. There’s good news on the audio side too, as the G8S ThinQ has a 3.5mm headphone port, stereo speakers, and its own DAC for the best audio quality.

In addition to the Air Motion unlock feature, the G8S has a fingerprint security system and the option for face unlock. A 3,550mAh battery keeps the Android 9.0 Pie software running, while other features include HDR10 for the screen, Quick Charge 3.0 for the battery, and an IP68 water and dust resistance rating for the clumsy. The LG G8S ThinQ will come in black, white, or teal colors, all of which have a mirror finish.

LG leaves it to carriers and partners to announce prices and launch dates, and there are no details on either just yet. What we do know is the phone will be sold in Europe, Latin America, Africa, and the Middle East. There’s no confirmation of a North American launch.