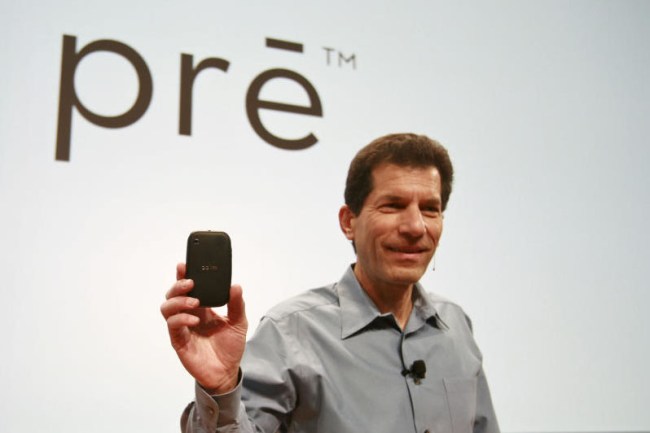 Last year, Palm thought it had all the pieces for a turnaround in the market it pioneered: A new CEO known for making the iPod a household name, a sleek new smart phone called the Pre and fresh, intuitive operating software.

Instead, the company is in danger of going the way of its 1990s Palm Pilot, making it the latest innovator to learn that great technology and an accomplished leader don’t guarantee success.

Several analysts say Palm Inc. might not remain an independent phone maker for more than a year or two. It just could be too late to stop the momentum enjoyed by Apple Inc.’s iPhone and Research In Motion Ltd.’s BlackBerrys — not to mention a growing crop of phones running Google Inc.’s Android software.

Palm spokesman Derick Mains said the company had no comment.

Consumers have gravitated toward smart phones for their versatile features, such as Internet access and applications that can be downloaded. One out of six U.S. adults had a smart phone last year, according to Forrester Research.

But Palm — a leader in the early days of handheld computing — was slow to adapt. It began fighting back in earnest in January 2009 at the International Consumer Electronics Show. It unveiled the stylish touch-screen Pre and webOS, software that allows Palm phones to do something the iPhone can’t — run multiple apps simultaneously.

Ed Colligan, who was then Palm’s CEO, said at the time that the new products somewhat marked a relaunching of Palm itself. But it hasn’t gone as smoothly as Palm hoped.

Palm released the Pre last June, for use on Sprint Nextel Corp.’s wireless network, and followed it in November with a cheaper model, the Pixi. Verizon Wireless started selling upgraded models of these phones in January, and AT&T Inc. plans to offer webOS phones later this year.

Despite widespread availability and positive reviews, consumers haven’t really embraced the products. Palm sold 810,000 phones in the quarter that ended Aug. 28. In the next quarter, sales fell to 573,000. And Palm’s latest report, due March 18, is not expected to be bright. Palm recently cut its forecast for that period, citing sluggish sales.

Discouraged investors have sliced the company’s stock price by more than half since the Pre hit stores. In that same time, shares of Apple have risen nearly 50 percent to all-time highs, while RIM shares have fallen 11 percent.

One big problem for Palm is standing out in a crowded market dominated by Apple and RIM. Many analysts believe Palm’s latest products are good, but the company simply hasn’t been able to make potential customers realize this.

Not for a lack of trying: Palm spent $74.1 million on sales and marketing in its last reported quarter, up 64 percent from the previous year.

Verizon and Sprint have advertised the Pre and Pixi, too, but now probably aren’t doing it as aggressively as they would if they had the phones exclusively.

On Palm’s end, at least, the marketing push is likely to last for several more quarters as it tries to connect with consumers, said Deutsche Bank analyst Jonathan Goldberg.

For a larger phone maker such as Motorola Inc., in the midst of its own comeback attempt, an advertising blitz might not be such a big deal. But Palm is much tinier than its key competitors. It takes Palm an entire quarter to sell as many phones as Apple sells in a less than a week. RIM spent six times as much on a category it calls selling, marketing and administrative expenses in its last quarter as Palm spent on sales and marketing.

One thing Palm has: a CEO who helped make Apple what it is.

Right before the Pre launch, Colligan was replaced by Jon Rubinstein, 53, who spent a decade at Apple during its own comeback run. He started in 1997 and was a pivotal figure behind the brightly colored iMac computers and the iPod.

He came to Palm in 2007 as executive chairman under a deal in which Palm sold nearly a third of the company to private equity firm Elevation Partners.

Still, even the most astute leadership isn’t enough in such a competitive market, Canaccord Adams analyst Peter Misek said.

“It takes distribution, it takes cash, it takes luck. It takes a lot of things, and if all those things don’t click your probability of success is low,” he said.

It also takes time. And Palm wasted it during many years of corporate restructuring, according to Donna Dubinsky, a former Palm CEO and board member.

Dubinsky and Jeff Hawkins founded Palm in 1992, and in 1995 it was bought by U.S. Robotics, a modem maker that was acquired by 3Com Corp. in 1997. Palm spun off as its own company in 2000, two years after Dubinsky and Hawkins left to form a rival startup, Handspring, that made influential early smart phones. In 2003, Palm acquired Handspring and spun off PalmSource, which made the PalmOS handheld computing software, as an independently traded company. PalmSource was bought by Japan’s Access Co. in 2005.

Dubinsky said all the shuffling took “critical resources and attention from product development.” And even though it happened years ago, she called the decision to spin off PalmOS a “huge strategic error.”

“As RIM, Apple and Palm all have demonstrated, these devices need to be highly integrated hardware and software developments in order to optimize the user experience,” Dubinsky wrote in an e-mail to The Associated Press. “When Palm no longer could advance the OS, and had to create a new one, it lost several years.”

So what will happen to Palm now?

Misek thinks the company could keep spending its cash — it had $590 million at the end of its most recently reported quarter — and run out of gas in a year or two. Or, it could try to conserve funds and angle to be bought out. But Misek thinks a buyer could be dissuaded by the year or two it might take to get webOS working on new phones.

Kaufman Bros. analyst Shaw Wu thinks Palm could be purchased in the next year by a company such as Motorola or Dell Inc. That would give those companies their own smart-phone software rather than making them rely on software found on many kinds of devices.

In fact, Wu said, Palm’s best asset is its intellectual property. Palm has patents on its own style of the touch-screen technology that Apple popularized and is now suing phone maker HTC Corp. over.

Ultimately, Wu thinks the smart phone market will look like the PC market, which was crowded with competition early on but eventually produced a short list of winners and a smattering of losers.

“Palm’s almost on that list of losers,” he said.