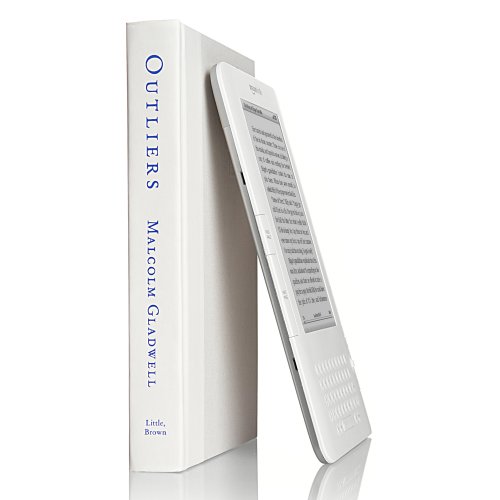 Today, Amazon previewed a coming software update for the Kindle, and yes, real page numbers will be introduced. Many (but not all) Kindle e-books will now be numbered identically to their tangible copies.

And even though it’s selling far more e-books these days, Amazon plans to take the idea of sharing between digital copies and the real things to the next level. Users will now be able to access the “Kindle community,” where they can share ideas or notes about their reads online through the new “Public Notes” feature, as well as the option to review a book once reaching the end.

The Kindle will also introduce a new layout for digital magazines and newspapers that allows readers to view a snapshot of the news before officially diving into an article. The Kindle has ably held its own as a high-quality e-reader against various tablets, including the iPad, but it hasn’t established itself as a preferred magazine and news e-reader as of yet.

Topics
Video-editing app LumaFusion to get a Galaxy Tab S8 launch
How to bet and play on FanDuel
Get 2 months of Amazon Kindle Unlimited for FREE — no strings attached
How the Kindle Scribe quietly became my favorite gadget of 2022
The best Kindle in 2023: here are the top Kindles for reading
Is the Samsung Galaxy A14 5G waterproof?
The best fitness trackers in 2023: our 10 favorite picks
Watch the Galaxy S23 Ultra get unboxed a week before launch
The best iPhone apps in 2023: 50+ apps you need to download now
The iPhone 15 Pro’s rumored new design is one I can’t wait for
The best folding phones in 2023: our 6 favorite foldables right now
You can finally take ECGs and track AFib on a Garmin smartwatch
I bought a $50 Apple Watch Ultra clone, and it blew me away