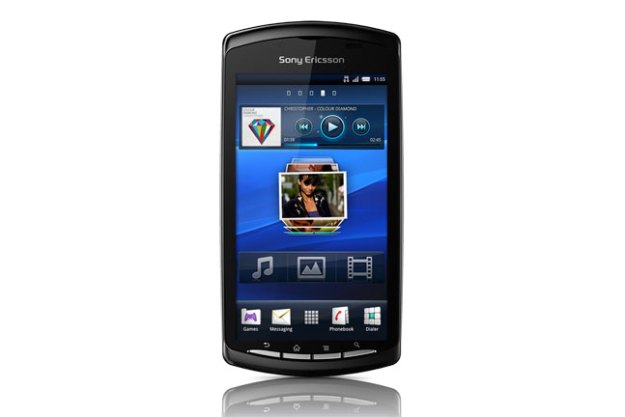 “Unless the bulk bothers you, the sacrifices made for hard game controls are quite livable, making the Sony Ericsson Xperia Play a worthy consideration for smartphones gamers sick of swiping at glass.”

What do you get when you breed a portable game console with a smartphone? Sony Ericsson’s new Xperia Play — the long-rumored “PlayStation phone” that combines the slide-out gamepad of Sony’s PSP Go with all the functionality of a modern Android smartphone. But can productivity and mindless button mashing really coexist under the same piece of glass? We worked our tender thumbs to blisters to find out whether Sony’s attempt to satiate hardcore gamers with a phone hits a new high score or uses up yet another of Sony’s dwindling lives.

If Sony Ericsson’s first design objective for a PlayStation phone was making it subtle enough to pass for just a phone, consider that box checked. From the outside, there just isn’t much to signal that Sony’s firecracker handheld is anything more than just another Android device. Witness: gloss black body, four standard Android buttons below the 4.0-inch LCD, and not even a hint of PlayStation branding — you actually get Sony Ericsson’s green globe logo instead.

Slide the two halves apart, though, and it’s a different story. Rather than the typical slide-out QWERTY keyboard, the Xperia Play packs the familiar PlayStation square-cross-circle-triangle pad on the right, a hard directional pad on the left, and two touch-based analog controllers in the middle. You’ll also find start and select buttons on the bottom, and in a nod to Android, the same three-lined menu button found on the face. In short, Sony has spliced the controls from the PSP Go into a handset.

Oh, and maybe you didn’t’ catch that subtle L and R stamped onto discrete pads on the right side of the phone. Shoulder buttons. There’s also a standard volume rocker between them and, on the flip side, a microUSB port and a headphone jack. The power button takes its usual place up top, with a small red LED built in as an indicator.

As either a phone or a portable game console, the Xperia Play feels beefy. At 0.6 inches thick and 6.2 ounces, it’s substantially thicker and heavier than most competing Android phones of this generation, thanks mainly to the sliding form factor. The chunkiness turns out to be an advantage for gaming, where it feels comfortable and solid in the hands, but as a phone you’ll still wish there weren’t a game pad hiding inside.

Less intriguing phone specs also include 854 x 480 pixel resolution in the 4.0-inch LCD screen, a 5.1-megapixel rear camera that shoots 720p video and a VGA front cam for video conferencing. The Play supports microSD cards up to 32GB, and comes with a 8GB card preinstalled. Without features like HDMI output, an OLED screen or 4G connectivity, it certainly doesn’t rival many competitors on spec sheets, but that’s not where the Xperia Play was built to shine.

For a device that aspires to effectively merge two entirely disparate devices, the Android 2.3 install on the Xperia Play is surprisingly pedestrian at first glance. There’s a purple Xperia background, but no goofy new clocks, widget or other overt cues that this is a gaming device… until you slide it open. Gamepad glaring to all the world, the Xperia Play switches into a landscape gaming mode (via an app), bringing up a carousel of games to thumb through with the D-pad. Hit X on one to run and you’re gaming, no touchscreen tomfoolery necessary.

Although the Xperia Play has access to the standard Google Marketplace, clicking on any available from the game-centric menu directs you directly to V Cast Apps for purchases, which appear on your Verizon bill. We’re not necessarily opposed to Verizon’s carefully groomed app store as an alternative to Google’s, but Sony’s launcher should offer a choice. Verizon’s interface is less intuitive and, as it turns out, the prices are jacked up, too. In some cases, it’s possible to get the exact same Xperia Play titles from Google for less, but because Sony has configured the launcher to use Verizon, you’ll need to do the legwork yourself.

The phone also comes preloaded with My Verizon Mobile, VZ Navigator, Skype Mobile, and OfficeSuite. As usual, you can’t uninstall any of them.

Gaming on the Xperia Play

From first-person shooters to Brickbreaker clones, there are plenty of games that just don’t lend themselves to touch screens — which is where the Xperia Play’s time-tested control scheme comes in. Even on games already available for other Android phones, the Play promises to make them more precise, more familiar, and more fun.

In some regards, it succeeds. Playing Modern Combat 2, a shameless Call of Duty clone, just felt more natural with the Play’s controls. You can strafe with the D-pad, precisely aim with the right touchpad, and fire with the shoulder buttons. This is, quite literally, how games like this were meant to be played, before Steve Jobs went on a button-crushing crusade for the iPhone and convinced subsequent imitators that touchscreens were king.

Keep in mind that the analog controls – the ones you would use for smooth movement – aren’t hard nubs like they are on the PSP and even PSP Go. You’re just moving your finger around on flat plastic, like a laptop touchpad. It works better than nothing, but we missed the feedback of a tactile controller, especially in games where we used the pads frequently, like Star Battalion.

On other games, the controls are quite literally worthless. Tetris has been preloaded on the Play, but fire it up and you’ll have to slide away the controls, since the entire game is played with the phone held vertically. Keep in mind that most random Android games will fall into this category – unable to use the Play controls because they haven’t been coded for it.

In many games, the Play controls work for some functions but not others, leaving you to tap the screen to navigate through menus but control characters with the pads — a frustrating split between interfaces that never leaves you feeling totally at home on either one. In some, the controls work within the game, but touching the screen just feels more appropriate. For instance, in The Sims 3, tapping a spot on the screen to make your Sim walk there is far easier than using a D-pad to crudely maneuver a circle to the spot, then tapping X.

You might expect any Android phone advertising its gaming prowess to pack some of the most powerful hardware on the market, but the 1GHz Snapdragon processor in the Xperia Play is actually fairly dated. Sony makes up for it with an onboard Andreno 205 GPU, which handles 3D competently enough to make every game on the device ruin as fluid as you would expect from a dedicated handheld game console.

Sony’s 5.1-inch megapixel rear camera is, as with most devices in this class, adequate but unimpressive. It takes acceptable photos for a phone, but unlike some of the best smartphone cams we’ve seen, it doesn’t quite reach the level of image quality that would fool some folks into thinking you took your vacation photos with a dedicated point-and-shoot. Many photos had a yellowish cast, and even with the camera dead still, photos had a slightly foggy out-of-focus look that we could never quite shake.

Shooting video only exacerbated the focus problems. The camera also had trouble adjusting exposure in shots with mixed lighting, tending either to crush the blacks in the dark areas or blow out the whites in the light areas – a familiar problem but one that seemed to taint the Sony more than most. On the plus side, the lens offers a nice wide angle that’s great for indoor shots.

The 4.0-inch LCD on the Xperia Play deserves credit: It’s bright, colorful, and has a reasonable viewing angle, but trouble lurks on the surface — literally. Fingers seem to rub on the top glass rather than glide, it smudges more as a consequence, and the pinpoint grid used to enable touch sensitivity is clearly visible from certain angles. Sony might have been better off springing for Corning’s excellent Gorilla Glass rather than using in its own hardened mineral glass.

Sony rates the Xperia Play for 6.5 hours worth of talk time and 425 hours worth of standby from its 1500mAh battery – both of which our nonscientific testing seemed to bear out. Just remember the same battery now powers your portable game console, too. Firing up an intense 3D game at full brightness and losing yourself in combat for an hour will bite into battery life a lot more than swapping text messages and casually batting through websites. Even so, we had no issues surfing the Web through the day, downloading apps, hitting the asphalt in some games, and still having plenty of battery life left by the end of the day.

Verizon is moving full speed ahead with LTE handsets like the Samsung Charge and HTC ThunderBolt, but Sony missed the boat and still tools along on 3G speeds. Speeds weren’t bad, per se – but the lack of 4G means potential buyers will have to choose between a gaming phone or a blazing fast phone, because it certainly isn’t both.

If you want the most gaming-friendly Android phone, this is it. But don’t cancel your PSP Go purchase just yet. The first “PlayStation-certified” phone is only a handheld gaming console in the same way a bicycle with an engine bolted onto it is a motorcycle – the difference is all in the details. With compromised controls, a small library of available titles that work with them and sometimes lukewarm controller integration on the games that do, the Xperia Play has a ways to go before any real gamer would swap a PSP or Nintendo DS for it. Even so, we have to give Sony Ericsson credit for adding game controls to an Android handset without destroying its credibility as a phone. Unless the bulk bothers you, the sacrifices made for hard game controls are quite livable, making the Xperia Play a worthy consideration for smartphones gamers sick of swiping at glass.