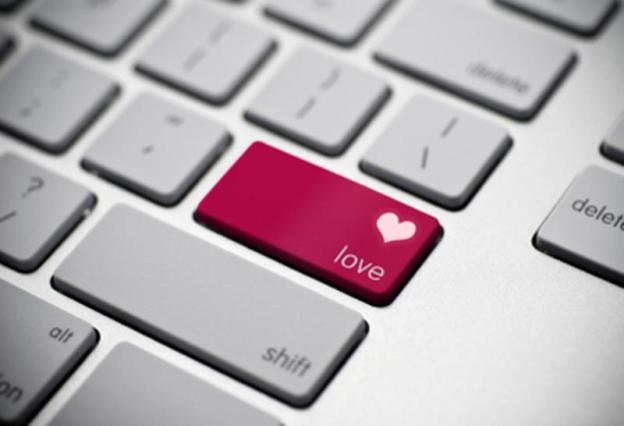 A recent study claims that algorithm-based dating sites aren’t all that they’re cracked up to be, and with Valentine’s Day just around the corner this could put the more Web-savvy among us on edge. There’s plenty to be skeptical about when it comes to online dating, and now you’ve been given even more ammunition.

If you’re weary of the same setup or need something outside the box to break up your Internet-inspired social life, there are options. A handful of Web applications are trying to put a new, less formulaic spin on the system.

The pitch: Stripping out the science in favor of casual conversation.

“The thing that baffles me is how the online-dating industry has become dominated by gimmicks, pseudoscience, robot matchmakers, and the deployment of virtual fruits,” CEO Sean Mills said at launch. “So even if you’re convinced it’s great to date online, these sties don’t make it feel so great. They look like places to book a flight, and they make you feel like you’re auctioning yourself off on eBay.”

Doing the exact opposite of its traditional competitors is the theme behind Nerve Dating. It claims it connects people based on the things that are truly unique to them by having users share opinions on food, bars, events, music, and everything and anything else. And instead of forcing members onto one another, you do more of the work yourself by “overhearing” what like-minded individuals are talking about.

Nerve Dating looks and feels more like a social networking community rather than most Web setup sites. It’s a more natural and conversational way to approach what’s inevitably going to be sort of awkward.

The pitch: First dates (online-inspired, no less) are bad enough. Rope in friends to make it less painful.

A few things about finding love online are bad. One is that personalities don’t always translate accurately, and algorithms aren’t faultless. Another, much more serious one, is that the Internet is an inherently unsafe place. A first date is always uncomfortable, but you should be even more on your guard if it’s with someone you’ve met online.

DuoDater is a like a security blanket to ease awkward lulls in the conversation and act as a safety net. You and a friend come as a package deal, and from there you set up dates with eStrangers and hope to find a love connection. It’s a less isolating way to approach e-dating, and easily a safer one.

The pitch: Inject romance into your relationship – regardless of what stage it’s at.

TheIcebreak isn’t your traditional online dating site. But the e-romance world has been inarguably tailored to the plight of singles and their quest to meet new people. What about those already entrenched in relationships – isn’t there something the Web can do for them?

Turns out there is. TheIcebreak creates an ongoing dialogue for couples with prompts that get them talking or reminscing, a Pinterest-like wishlist feature which can serve well for gift-hinting, and a photo-sharing tool for collecting visual moments. There’s a public community aspect as well, but you’re more than welcome to use TheIcebreak for you and your significant other alone. You’ll be able to give your relationship the infographic spin as well so you can visualize how it’s all going. It’s like a private Facebook with analytics built-in.

The site is also rewards-based, and your participation will earn you Date Night Coins that you can apply to your nights out. After earning enough coins, you basically just prove you spent money on a date and TheIcebreak will send you up to $20 (20-percent off your receipt from said date). For social media junkies in love, that can translate into more than a few cheap dinners.