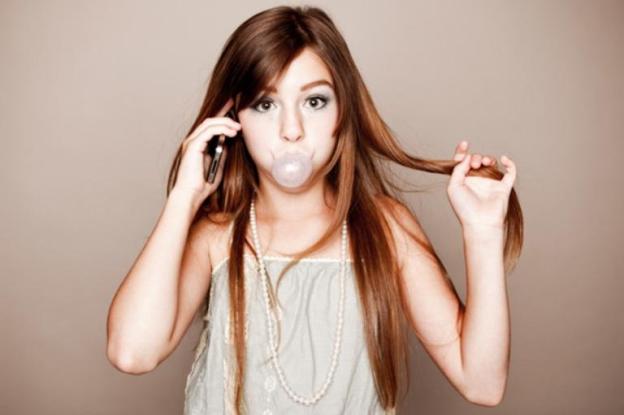 Snapchat introduced a new feature on its most recent iOS version: SnapKidz, a special mode for children under 13. But parents exhaling sighs of relief should probably suck that breath back in real fast, because SnapKidz will have minimal impact on young people swapping ill-advised pictures. And it’s a prime example of how social networks do not have solutions for keeping underage children off their services.

Anyone over 13 can use Snapchat, but SnapKidz puts the app in a safe mode when children under 13 try to sign up. If they enter their age honestly and they’re too young to legally use the app, Snapchat doesn’t actually create an account for them. Instead, it still lets these users take pictures, write captions, doodle, and do everything else you can do with a Snapchat picture – but it won’t let them send these snaps anywhere. It just saves the photos locally. So … you don’t actually send snaps out into the world. It’s perfect if you want to trick your child into believing Snapchat is actually just a photo-editing app, but otherwise they’re going to know something’s up and try to get around it. And trust that get around it they will.

The fact that Snapchat is trying to install some training wheels isn’t without merit. The app is a hit with teens, but it’s also extremely conducive to sending impulsive, sexual photos. It’s a fun tool for people with fully-developed prefrontal cortexes, but even then, mortgage-and-tax paying adults aren’t immune from sending something poorly conceived into the digital ether from time to time. And even though snaps are meant to be impermanent, people can be awful, so some of these meant-for-two-eyes-only pictures get spread around the Internet. SnapKidz means Snapchat acknowledges children should keep out, and that’s a step in the right direction – at least, hypothetically. In reality, it’s a meaningless mea culpa that will achieve absolutely nothing.

SnapKidz might be able to trick the below-10 crowd into happily using the safe mode without questioning why they can’t actually share the photos with their friends … or why no one is sending them photos. But any child who actually knows how Snapchat works or has a vague understanding of social media will immediately sniff out the fact that this is a neutered version of the app that basically turns it into a crappy photobooth.

The only kids (kidz?) SnapKidz is going to successfully fool are the same ones who go around convinced their dog totally went to live on a farm where he could have more room to run around.

It’s a simple PR move: Slapping a new, kid-friendly name on a product that will forever be associated with the dick pic. There’s no backpedaling from that.

Any canny 12-year-old will figure out that the age-gating set up on Snapchat can be easily manipulated. Just put in an earlier birth year (a loophole that, oh I don’t know, millions of young Facebook users figured out). And even a kid who originally puts in their actual birthday but then sees that SnapKidz doesn’t let them send photos to their friends can go back and change their birthday – you don’t get locked into SnapKidz mode. Additionally, because SnapKidz saves the photos locally, children using the service can just email the photos to their friends, or put them on Twitter and Facebook … which is even worse than risking a screenshot.

Now, in the United States, the Children’s Online Privacy Protection Act (COPPA) tightly restricts how online services collect data on children under 13. This means many digital businesses cannot legally let kids log on, and it’s why your children aren’t supposed to have a Facebook account, an Instagram account, and many other types of accounts – and that’s why Snapchat started age-gating in the first place. But anyone who thinks this works is living in denial.

Snapchat isn’t the first social service to come up with a special mode for the younger set. Facebook also tested a way to let people under 13 have accounts, but it never came to fruition. And neither Snapchat nor Facebook nor any other social network has successfully figured out a way to get kids off their services. And considering that Snapchat is arguably the trendiest app for teenagers right now, the amount of users under the age of 13 is substantial. Once a kid starts using normal Snapchat, the likelihood of him or her agreeing to use the boring sandbox version is slim to none.

Snapchat has a fairly thorough guide for parents, which explicitly states that they need to delete any child under 13’s Snapchat account and sign them up for SnapKidz. It also lets parents who do not want their older teenagers on the site fill out a request to delete their accounts. And Snapchat can’t really do a whole lot more than this. Just like Facebook, which encourages people to report accounts of users under 13, there’s not a lot Snapchat can do to get children under 13 off the service without requiring some sort of creepily thorough background check to use the service. No one’s going to give their social security number to get a social networking account. And unless these social networks demand that kind of hard age evidence, they’re not going to be able to stop kids from logging on.

So even though SnapKidz is definitely not going to foil an 11-year-old with a modicum of digital savvy, it’s probably the best that Snapchat can do at this point. The onus needs to be on parents and educators to keep up with technology and make sure they pay attention to what young people are doing online, so they can guide them away from bad decisions. The harm is that SnapKidz might actually make the situation worse by lulling people into a false sense of safety, when in all likelihood nothing will change. It’s a simple PR move: Slapping a new, kid-friendly name on a product that will forever be associated with the dick pic. There’s no backpedaling from that.

SnapKidz is like a pair of really flimsy, slightly deflated arm floaties. Parents slip them on their kids and may assume they won’t have to watch them swim as closely. But they don’t actually make the child safer. Not only are they ineffective, but the child can voluntarily slip them off at any time. It’s a paltry safety method that will impart a false sense of security more than it will actually prevent underagers from accessing Snapchat.

Topics
How to create multiple profiles for your Facebook account
Instagram’s expanded blocking lets you block a person’s backup accounts
Snapchat+ now lets you customize when Snaps on Stories expire
What is a Facebook Pixel? Meta’s tracking tool, explained
Staying on Twitter? Here are two ways to make it easier
Elon Musk now Twitter CEO after firing entire board
Twitter Blue is losing Ad Free Articles and Musk’s latest tweets indicate further changes
Clear Mode on TikTok: Here’s what it is and how to use it
Twitter’s edit button could soon be free for all users
Instagram to soon let creators make NFTs and sell them to fans
Elon Musk to cut half of Twitter workforce, report says
Twitter reportedly plans to enable Edit Tweet for everyone this week
Twitter to start layoffs on Friday, internal email reveals