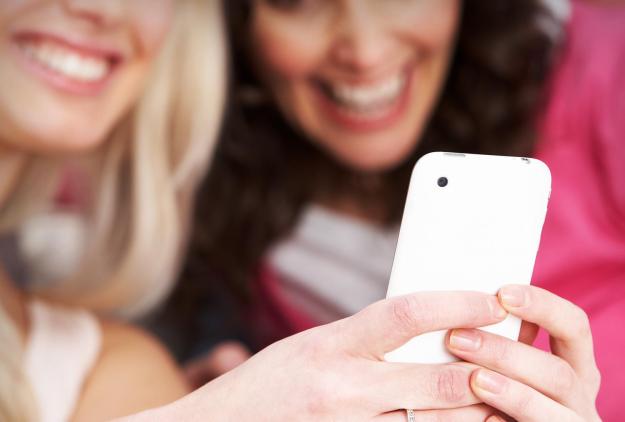 I have exchanged a handful of Snaps with my 19 year-old sister. They are among the most innocent images the app has likely ever seen. We send selfies of our weird or tired faces with scribbles and crude notes. They are neither the most efficient means of communicating, nor the most visually stimulating.

They are silly, they are fun, and they are often meaningless – because we know that in moments they will disappear. That is, of course, the entire concept: Photos you don’t have to care about and only momentarily enjoy. But we’re learning otherwise.

There’s been plenty of discussion about Snapchat’s privacy problem lately, and rightfully so. After a slew of investigations found that the videos and photos posted within the app are indeed recoverable, the latest surfacing of a site called Snapchat Leaked is basically the realization of every Snapchatter’s worst nightmare.

It’s about fixing the human conscious, our hubris, a general lack of self-awareness. And to that I say, good luck everybody.

The site, run by a group of Brits scrambling to keep up with their traffic woes, is simply a call for submissions of Snaps. Any images sent via Snapchat that were screen captured are welcomed by the site, where unwitting users are being outed and embarrassed en masse.

There are body parts galore, as well as humiliating admissions. And while the creators insist it’s only in good fun, those who find their photo on Snapchat Leaked probably don’t agree.

Of course, the finger of blame is being pointed squarely at Snapchat. The app has insisted time and time again that it’s as secure as it can be, and now it’s failing to protect us! But turn that finger around, everybody, because there is only one thing that should be on the other side: You.

Not you as in you, you as in humans. Or human nature, if you want to get into semantics. There’s no big admission here about Snapchat like there was when Path secretly was pulling in our address books or Facebook used our posts in Sponsored Stories without permission. These were clear violations of users trust and privacy, and both times the platforms backtracked and fixed the issues.

This time, there’s nothing to fix … unless you have a way to fix horrible people. (I do have a way, actually, but I’m told it’s illegal.)

In a world without people – just robots … robots with smartphones who are between the ages of 15 and 23 – Snapchat works. The emotionless, personality-less, unvengeful robots take selfies and draw mustaches on them and send them off into the ether for their robot friends and family to enjoy. Then those Snaps disappear and they move on. Unfortunately, we don’t live in that world. Instead we live in a world where teenagers and young adults cheat on each other, or hit the wrong Snap recipient, or betray their best friends, or seek revenge through humiliation. In that same world, connectivity is everywhere, all the time, telling us simultaneously that it can give us a little shot of Internet fame and the promise of impermanence.

The Internet fame may be real (yet short-lived and usually contained to your immediate social circle). The impermanence never is.

The only problem with Snapchat is that we are all human and fallible. That alone causes the “leaking” of photos we thought were going to disappear. At this point, we should not have to be told that the Internet doesn’t forget. There is no hard delete for this sort of thing.

So if you want to fix Snapchat, it’s not about privacy features or site moderation or a rewritten Terms of Service. It’s about fixing the human conscious, our hubris, a general lack of self-awareness. And to that I say, good luck everybody. Just keep taking your chances and hoping that dick pic doesn’t get uploaded.

Or you could just start sending ridiculous pictures of yourself holding a tiny llama to your little sister. Then everybody wins.

Video-editing app LumaFusion to get a Galaxy Tab S8 launch
When is the best time to post on Facebook?
Twitter is building a menu option for Twitter Shops
Instagram is building a ‘nudity protection’ tool for your DMs
TikTok is banning campaign fundraising on its app
You can now use the Add Yours sticker on Reels for Facebook and Instagram
TikTok bans influencers from creating paid political ads
The 10 most popular TikTok accounts
Downloaded YouTube Shorts clips will soon include watermarks
Snap’s Pixy drone flies off into the sunset as it’s reportedly canceled
How to half swipe on Snapchat
YouTube is finally getting serious about podcasts
Breaking down the Twitter whistleblower allegations and how it affects the Musk takeover