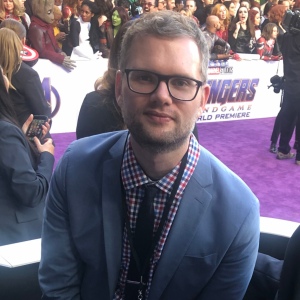 Jason is a writer, editor, and pop culture enthusiast whose love for cinema, television, and cheap comic books has led him to work in the entertainment industry. A proud graduate of both Whitman College (Adam West's alma mater!) and Syracuse University, he has worked at Marvel Entertainment, DC Comics, Warner Bros., and Screen Rant. At Digital Trends, he covers all things film and television, from ranking Alfred Hitchcock's best films to examining the everlasting neuroses of Larry David.  When he's not obsessing over the latest Marvel Studios trailer, you can find him either working or surfing the web looking for the perfect fudge brownie recipe.

Articles by Jason Struss
6 movies coming in February you need to watch
32 minutes ago
Where to watch Skinamarink
Where to watch Black Panther: Wakanda Forever
Maybe I Do director Michael Jacobs on working with Diane Keaton and Richard Gere
Cincinnati Bengals vs. Kansas City Chiefs live stream: where to watch 2023 NFL Conference Championships
Infinity Pool review: a deep dive into depravity
Where to watch Tár