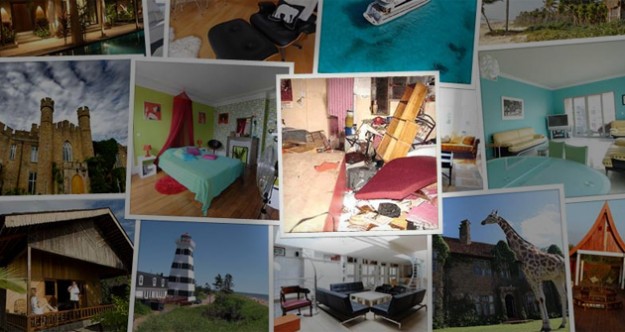 Last week, Airbnb enthusiasts (including ourselves) were horrified to hear one user’s story, in which her apartment was nearly destroyed and her confidence extremely shaken. Since then, the startup travel site has come under increasing scrutiny as the media and consumers turn a wary eye on Airbnb. And the company’s reaction to the incident is what may be most troubling.

While Airbnb CEO Brian Chesky assured us that everything was being done to help the victim, EJ, readjust, she responded clarifying this involvement (or lack thereof). Airbnb’s first sin was allowing the situation to happen: Yes, the site doesn’t take responsibility for these types of things, and there’s an implied risk in renting your residence to a stranger. But when you’re in the startup stage that Airbnb is, you simply can’t allow these types of stories to escalate. If Airbnb had immediately responded to EJ’s complaint and bowed to her every whim, saw to her every need, her blog post may not have had quite the impact that it did. Instead, we might be reading about how a business that users know can have some serious consequences really stepped up to the plate to right these wrongs. Instead we’re hearing about how it’s desperately trying to save its own neck.

Airbnb, up until this point, has been the apple of the Silicon Valley investor’s eye. Now, while it’s in a very critical startup stage, Airbnb is doing a few things equivalent to shooting itself in the foot.

Trying to assert control… but doing it poorly

In what seems like a mad scramble to divert attention from its failings, Airbnb is trying to place blame, or at least let itself off easy. After claiming to have pulled out all the stops to accommodate EJ, we heard otherwise from the blogger. More or less, Airbnb was moderately helpful at best, and later even told her her blog could hurt its fundraising agenda.

And EJ isn’t the only one Airbnb tried to manipulate. Airbnb investor and Y Combinator founder Paul Graham decided to go ahead and make the situation umpteen times worse by penning his take on the situation – while throwing in a dose of “shame on the media” for good measure. Alluding to TechCrunch’s Michael Arrington’s report, he says:

“The story Arrington wrote yesterday about Airbnb not offering to help was bullshit. He asked a company spokesman what Airbnb was doing to help her. The spokesman, who’d been told by their lawyers that he couldn’t go into details about that because of the precedent said ‘I can’t comment on that.’ So Arrington, in typical Arrington fashion said ‘Well, unless you tell me I’m going to write that you’re not willing to do anything for her.’”

Now, no one is going to argue too much with Graham about Arrington’s disposition, but he got this one wrong. Arrington hasn’t been any more accusatory of Airbnb than other publications. He’s suggested, like most others have, that some of the fallout makes it look like the company is trying to cover up the story or at least downplay it. Furthermore, before EJ’s post, Arrington bordered on over-aggressively promoting the company via TechCrunch, where nearly every story has sung the startup’s praises. The media has generally been beyond impressed with Airbnb, but that doesn’t make it exempt from criticism when something of this magnitude happens.

Even the mild allusions that EJ is lying are also upsetting. If Airbnb does think something is amiss and that her story isn’t accurate, the company should take action and investigate it. But instead people like Graham are weakly implying that maybe she isn’t totally right or is just trying to make Airbnb look bad…and that just makes Airbnb look bad.

Right after EJ’s story surfaced, Airbnb said that while it was terrible, it was also one incident out of the site’s millions of successful bookings. Make that two out of millions. User Troy Dayton contacted TechCrunch to relate his own Airbnb misfortune, saying he was robbed and his home destroyed:

“In addition to valuables being stolen, the thieves/addicts did thousands of dollars of bizarre damage to my rented home and left it littered with meth pipes. They were identity thieves, too and all my personal information was strewn about. Further investigation of my own led me to evidence that the people were not just thieves but were also dangerous. I too, feared for my own safety and would not stay at my house for some time.”

Like EJ, Dayton was less than impressed by Airbnb’s customer service. He was met with resistance, miscommunication, and even silence, only eventually striking a deal he was satisfied with. Dayton does say, however, that he has since used the site and understands there is a limit to how much security Airbnb can guarantee. This isn’t their downfall, but how they follow up to rentals gone awry is. He says there are steps you should take when using the service to verify ID and the site is still useful – but the company needs to hone its PR skills.

Airbnb might have risen to the top of the couch-surfing game quickly, but in reality it’s a dime a dozen site. There is no shortage of room-rental services that pair consumers up, and most of them aren’t having their names dragged through the mud.

And users don’t have to give up Airbnb’s UI or social integration. A great many of these sites are basically identical to it. Wimdu, Roomorama, and for overseas travel 9flats – and these are just a few examples. They all come with similar terms of service, exempting themselves from liability, but they also haven’t had any users come forward with horror stories or had a PR team accused of bad manners. And that’s important: If you like the Airbnb concept, but the complaints lodged against it have made you nervous, that could easily be enough to send you to a competitor site.

We wouldn’t count Airbnb out just yet, but if it wants to continue its impressive fundraising and see skyrocketing valuation numbers, it’s time to own up to its mistakes. The problem here isn’t the risk that comes with renting your room to a stranger, although Airbnb would do well to include some tips on verifying identity or including an option to pay for background checks. The problem is that Airbnb’s customer service either isn’t doing enough in a timely manner, or its PR team is seriously failing to communicate its agenda. If it can admit it screwed this up and put some of that investment money to good use, then Airbnb can hopefully right itself.

What Is the GDPR? The EU’s Online Privacy Law: Explained
Airbnb takes on Booking.com and Expedia as it tries to woo hotels and B&Bs
Airbnb woos well-heeled travelers with new listings for fancy homes
Airbnb targets curious travelers as ‘experiences’ expands to 200 U.S. cities
How to find archived emails in Gmail and return them to your inbox
How to sync your Outlook Calendar with your Google Calendar
How to block an email address in Gmail
How to easily log in to multiple Gmail accounts at once
How to change your Yahoo password
How to download Vimeo videos to your PC and phone
Kaspersky VPN should be your go-to for secure connections and privacy
Here are two awesome Santa trackers that kids can use today
Install these Chrome extensions on your relative’s new laptop