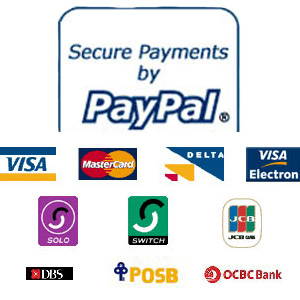 Most people know eBay Inc. for its online marketplace, where deals abound on everything from gadgets to antique furniture. But soon, eBay’s biggest business will likely be PayPal, the online payments service that has been growing steadily even as the economy has stumbled.

EBay has spent much of the past two years trying to improve its faltering marketplace business, hoping to increase buyers’ trust and clean up the look of its Web site. In the meantime, PayPal has thrived as more consumers and merchants use it to send money online.

Its growth is expected to continue in spite of competition from Amazon.com Inc. and Google Inc., which have services that online retailers sometimes offer alongside PayPal.

PayPal bills itself as a shopper’s online wallet. Users set up accounts and link them to bank accounts and credit cards, making it easy to transfer cash into the account. Then users can make payments through PayPal using either their cash balances or the underlying credit card. PayPal users can also send cash to someone based on as little information as an e-mail address or cell phone number.

But unlike what happens with a credit or debit card online, PayPal doesn’t share your financial information with merchants. That brings peace of mind to people who might otherwise worry about shopping at a site they’ve never heard of.

PayPal, which began in 1998 as a way for people to beam cash from one Palm Pilot to another, was bought by eBay for $1.5 billion in 2002 and has been a steady performer. The service charges fees for certain transactions, and in the most recent quarter it reported $688 million in revenue, a 15 percent jump from last year. As of the end of September, 78 million people had active PayPal accounts, up from 65 million a year ago.

To try to maintain its advantage, this week PayPal opened its system to third-party developers, which will mean PayPal can be built in to all sorts of applications. For instance, an iPhone app could let consumers order a pizza and pay for it with PayPal.

PayPal has kept its big lead in online payments largely because people find it convenient, and because it’s hard to build a competing system. Shoppers and merchants both need to be using an online payment system for it to have any value. And every state and country has its own rules for e-commerce. PayPal has managed to navigate these waters — it accepts payment in 24 currencies — and analysts don’t yet see Checkout By Amazon or Google Checkout as much of a threat.

John Donahoe, eBay’s CEO, has said he expects PayPal to surpass the marketplaces business in revenue simply because PayPal targets all of e-commerce while eBay is one of many online sales sites.

“PayPal can go well beyond that in the next three to five years,” he said in an interview this week.

The company projects PayPal’s revenue will be between $4 billion and $5 billion in 2011. EBay’s forecast for the marketplaces business, which includes the main eBay.com Web site and other sites such as Shopping.com, calls for $5 billion to $7 billion in revenue that year.

Donahoe also thinks PayPal can eventually make more money than the marketplaces business, even though PayPal’s profit margins are lower.

PayPal’s opportunities figure to expand with its new move to open its platform to outside software developers. The process took two years, said PayPal’s president, Scott Thompson, largely because of the need to deal with banking regulations while keeping up the company’s fraud protections. But from here the open platform should incur few costs for PayPal, Janney Montgomery Scott analyst Shawn Milne said.

More than 1,000 entrepreneurs have been testing the system, known as PayPal X. Among them is Michael Ivey, the founder and CEO of Twitpay, a startup that lets people send money over short-messaging site Twitter.

When Twitpay started last year it used Amazon’s payments service to transfer funds. PayPal’s huge user base clinched the decision to make the change, he said.

Further growth — be it on cell phones or the Web — will have restrictions, though. While PayPal boasts that more 3 million online retailers accept it for transactions (not counting merchants on eBay who accept PayPal), many vendors offer it alongside services from Google, Amazon and others, to give shoppers as many choices as possible. As PayPal shows up on more Web sites, these rivals could, too.

And because of PayPal’s size, any hiccups can have big ramifications. In August, a series of breakdowns made the service unable to process any transactions worldwide for several hours.

But Thompson is confident. He credits the fact that the service saves people time by making it easier to shop online. “The world needs what we do,” he said.