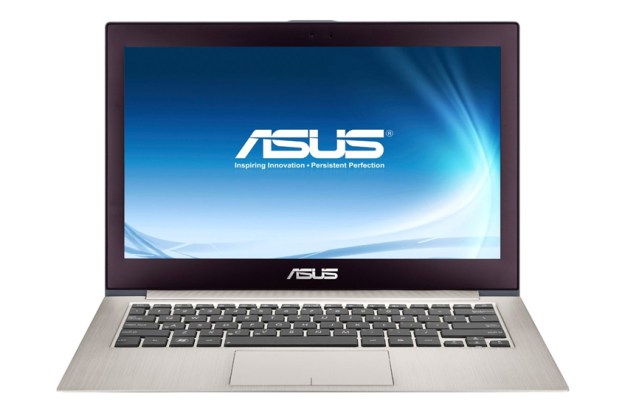 “Though we had mixed feelings about the last Zenbook we reviewed, ASUS has gone above and beyond with its Zenbook UX51V Ultrabook. We can safely say we’re more than impressed.”

The ASUS Zenbook line has become an ambassador for Windows laptops. The brilliant displays, slim design, and excellent performance of each model have made them a top choice for buyers interested in a premium Windows machine. That’s not to say there haven’t been some bumps along the way. We had display issues with the last Zenbook we reviewed, the Zenbook Prime UX32VD, but, as a whole, it’s an excellent product line if you’re looking for an ultraportable.

The flavors of Zenbook available so far have focused on small designs with super-thin profiles and 11-inch to 13-inch displays. The lack of a larger option left no other choice for those wanting a desktop replacement than to look at other brands or at the significantly larger ASUS N-Series. The Zenbook UX51V fills this gap.

Although similar in appearance to older models, it has a new chassis and a new 15.6-inch display. The larger size also allows for better hardware. Our review unit came with an Intel Core i7-3612QM processor and Nvidia GT 650M graphics. Impressive hardware usually means impressive price, though. With these specs, you’ll have to shell out a jaw-dropping $1,949. With that, let’s see what nearly two grand will buy you.

Chassis flex issues found in early models of the Zenbook have been banished in the newer products. Made almost entirely out of aluminum, the UX51V feels absolutely solid. Handling the unit roughly doesn’t cause any unusual flex or groans of protest.

As for panel gaps, well … what panel gaps? The Zenbook is not a unibody laptop, but it has only one visible seam on the underside of the chassis, which you won’t see unless you’re looking for it. Material quality remains as high as ever and creates a premium feel that’s on par with the HP Envy Spectre and the MacBook Pro.

We do have doubts about wear and tear. The subtly-textured lid looks great out of the box but showed fingerprints and even some minor scratches after a week of light use. Anyone planning to buy this laptop should have a microfiber cloth on hand.

Connectivity comes via three USB 3.0 ports, HDMI, DisplayPort, a card reader, and a combo headphone/microphone jack. This bounty of ports is average when compared to larger (and often less expensive) 15.6-inch laptops, but it’s above average for a laptop this thin.

Pleasing to the fingers

The 15.6-inch Zenbook has enough space to cram in a full-sized keyboard and a numpad – and we do mean cram. The numpad has small keys and is separated from the rest of the keyboard by a tiny gap. Elsewhere on the laptop, size issues aren’t a problem.

All of the alphanumeric and function keys are large and easy to use, and key feel is robust. Offering plenty of travel and some tactile feedback, we can only think of a few keyboards that are better. Most typists will be able to work with this Zenbook for hours.

As for the touchpad, quality is excellent. Multi-touch gestures are smooth and the default settings aren’t overly sensitive. The integrated left/right buttons could benefit from more travel but are otherwise tolerable. In fact, the buttons are almost redundant since the touchpad almost perfectly recognizes tap-to-click.

Backlighting controls are available via the keyboard and quality is decent. There were some problems with control, however, as the function keys randomly stopped working at one point during our testing. A reboot fixed the problem.

The UX51V’s display is amazing. It offers 1080p resolution and uses IPS technology to provide an outstanding picture with wide viewing angles. Our tests showed that the display can handle 78 percent of the sRGB spectrum and can reach black levels far deeper than any other laptop we’ve recently reviewed.

Such outstanding results are made better by a matte coat and high maximum brightness. The display is nearly as bright as the one found on the Dell XPS 12, and its non-glossy finish makes it easier to use in a bright environment. Even direct sunlight is no match for this laptop at full brightness.

Earlier models of Zenbook had backlight uniformity issues that produced bright spots along the edge of the display. Thankfully, we didn’t encounter this problem with the UX51V, and we’re hoping this means ASUS has resolved the issue.

Audio quality is almost as spectacular as the display. By itself, the laptop manages to produce deep, full audio that suffers from distortion in only the most complex tracks at full volume. ASUS solves that by shipping the laptop with a mini-subwoofer that provides quality on par with inexpensive desktop sound systems.

Fan speed is the secret to these relatively low figures. At idle, the fan constantly spins, generating a maximum of 43.7 decibels. Load testing shot this number up 49.5 decibels, which is louder than average for a laptop of this size. To be fair, most competitors rely on integrated graphics rather than a powerful Nvidia GPU like that of the UX51V.

At about an inch thick and weighing in at a surprisingly light 4 pounds, this is one laptop that’s easy to carry. There’s no way to get around the 15.6-inch display, which makes this laptop too large for many messenger bags and hard to maneuver in tight spaces.

However, it can be a road warrior when called upon. The battery lasted about 3 hours in our maximum-load test and almost 7 hours in our light-load test. Web browsing ate through the battery in 4 hours and 25 minutes. All of these figures are better than average for this category and on par with many ultraportables.

Power testing revealed a wide range of results. At idle, with the display at 50 percent brightness, the UX51V sips just 12 Watts of power. At full load, however, its powerful Core i7 processor and discrete GPU gobbles up 53 Watts.

ASUS somewhat diminishes the premium feel of this laptop by shipping it full of bloatware. It also double-dips like many other Windows 8 PCs by making bloatware visible both on the desktop and in the Start screen.

It’s not hard to rid the laptop of this problem as users who delete the shortcuts and remove the Start screen tiles can ignore the bloatware. None of the installed software is excessively cumbersome or annoying.

The UX51V is powered by the Core i7-3612QM, one of Intel’s new low-voltage quad-core parts. It proved its worth by reaching a SiSoft Sandra Processor Arithmetic score of 88.8 GOPS and a 7-Zip combined score of 16,732. These figures are nearly double what a low-voltage dual-core can offer.

PCMark 7 provided a record score of 4,894, which we weren’t surprised to see. PCMark 7 is a well-rounded test and the Zenbook is fast in every category including processing power, graphics capability and storage speed. In other words, this translates to a wonderfully responsive feel in everyday use.

Graphics testing with 3DMark 06 and 3DMark 11 returned respective scores of 14,216 and 2,302. These numbers are nearly on par with the last Alienware M14x we tested, and are several times higher than the average 15.6-inch laptop.

The native resolution of the display is so high, however, that demanding 3D games will struggle to run at high detail. Gamers will have to either be happy with medium detail, or will have to reduce the resolution. Less demanding titles, like Diablo 3 and Black Ops 2, will run smoothly with most detail settings at maximum or high.

There are few competitors that can match this laptop. Overall, it’s among the best laptops we’ve tested. Only the MacBook Pro 15-inch with Retina might stand toe-to-toe.

Noise is the only flaw worth mentioning. This laptop is louder than many mainstream laptops and the fan never shuts off entirely. We hope that ASUS will offer this laptop without discrete graphics (at a lower price) for those who don’t care about gaming performance. Removing the powerful GPU would probably let ASUS get by with a less aggressive fan.

Everything else is excellent. Most laptops, even expensive ones, require a sacrifice here or there. This laptop requires none. It’s closer to perfect than any laptop we’ve ever reviewed. The Zenbook UX51V is a masterpiece very much worth its price.

IPS vs. VA displays: Which is best for your monitor or TV?