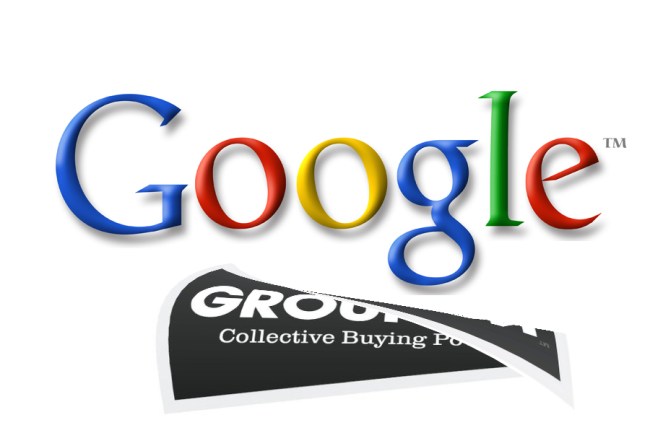 It might be easier to just write about who hasn’t been trying to buy Groupon. Shortly after Yahoo announced its Local Offers feature, rumors that Google is looking to acquire Groupon have been circulating. Yahoo reportedly tried to buy out the daily coupon site for up to three billion, only to be turned down – meaning Google will try and make Groupon an offer it can’t refuse. All Things Digital’s Kara Swisher claims that inside sources are certain Google will easily outbid Yahoo.

Google is, wisely, trying to make a better name for itself in the location-technology realm, and recently reformatted its Product Search engine, giving significantly more focus to local retailers in its search results. The browser has also added Hotpot to its local search arsenal to try to enhance its social presence as well. All good attempts, but let’s be honest, Google needs something a bit more established in order to get committed users. Which it tried before: Google was interested in acquiring Yelp last year in order to flush out its local search, but negotiations fell through.

The chance to add Groupon to its enhanced features does two things for Google: First, Google doesn’t have to create its own carbon copy of the deals site. Second, it can ride Groupon’s instant brand recognition.

It seems like Groupon wants to start a bidding war over itself, so don’t feel too bad about the startup losing its independence. Companies are lining up to woo Groupon, with names like Amazon, Microsoft, and eBay (which already partners with the site) making their interest known. And now that every major site in existence is playing the daily deals game (Facebook anyone?), this could be an opportune time for Groupon to get theirs and get out.

Still, Groupon’s investors have made a reputation for themselves as wanting to keep the site independent. Maybe the company is just a big tease, flirting with the big names but never actually willing to seal the deal.  And of course, there’s likely to be some red tape on Google’s end, seeing as the company has been on shaky ground with the federal government for over-exercising its buying power.

Chrome OS 74 combines Google Assistant with device and web searching
Beware of malware, adware when downloading Google Chrome through Microsoft Edge
Secret deal with MasterCard let Google track what you buy
Google responds to Trump’s tweet-rage: We didn’t rig search against you!
Best HP Envy deals for October 2022
The new Dell G16 gaming laptop just got a $240 discount
Norton Antivirus Free Trial: Get a week of protection
ABCMouse Free Trial: Get your first month free
Intel Arc A770 16GB vs. A770 8GB vs. Nvidia RTX 3060
Intel Arc A750 vs. Nvidia RTX 3060
Can I use an Intel Arc GPU with AMD Ryzen?
Intel Arc Alchemist: specs, pricing, release date, performance
Microsoft Word Free Trial: Get a month of service for free