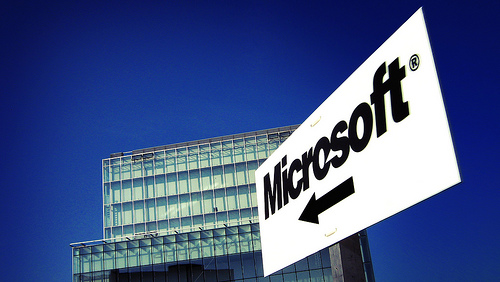 Microsoft is set to announce a new version of Windows that will be powered by ARM’s chip technology, according to a Bloomberg report. The new operating system will be used to run various battery-powered devices that will include tablet computers and smartphones, according to two anonymous sources cited in the article. Microsoft will reportedly announce the new OS at the Consumer Electronics Show (CES) in January.

If it pans out, it would signal a big shift for Microsoft and the company’s long standing preference for Intel technology. However, the move to ARM chips would make mountains of sense. Microsoft is currently trying to push its Windows OS on to smartphones and tablets and the battery-friendly ARM chips are currently found in a majority of mobile devices and tablet computers. The switch from Intel to the industry-preferred ARM is likely to make Windows a more appealing OS for manufacturers and carriers.

Bloomberg suggests that Microsoft’s decision may be based on a desire to directly compete with Apple’s iPad — which is coincidentally powered by ARM chip technology — for a share of the burgeoning tablet market. Microsoft will certainly have its hands full trying to catch up: Apple’s iPad is expected to easily clear 10 million in sold units for 2010 and expectations are that Apple will release a second-generation iPad next year, perhaps as soon as April. Some analysts have suggested that a successful tablet is key for Microsoft’s continued viability in the computing market.

It’s expected that Microsoft will unveil its tablet offering at January’s CES, which would make sense as that’s when the it’s suspected Microsoft will announce its new ARM technology deal.