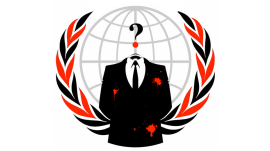 With its PlayStation Network still crippled from a round of cyber attacks, Sony is reportedly considering offering a reward to anyone who offers up information that helps reveal identities of the hackers who launched the attacks, reports All Things Digital. The company has not yet reached a decision to offer a reward, but shows how desperate the company is to catch the culprits.

If Sony does decide to offer a reward, it will reportedly do so in full cooperation with the FBI and other law enforcement agencies around the world, who may find the case within their jurisdiction.

In a letter to Congress about the matter, Sony admitted that it has no idea about the actual identities of the hackers that infiltrated the PSN, and stole the personal and financial data of as many as 100 million users, worldwide. The company has pointed to infamous hacker group Anonymous as a possible suspect, saying that they found files labeled “Anonymous” and “We are legion” (an Anonymous slogan), on their servers.

Anonymous has admitted to flooding Sony’s websites with traffic, a type of “attack” known as distributed denial of service (DDoS), as part of “OpSony,” a campaign against Sony for its lawsuit against fellow hacker George “GeoHot” Hotz, who jailbroke the PlayStation 3. Initially, however, the group firmly denied any involvement in the credit card data theft that has caused Sony so much trouble. But according to the Financial Times, two members of Anonymous admit that supporters of the loose-knit group waged the attacks on Sony’s systems and stole the data.

“The hacker that did this was supporting OpSony’s movements,” an Anonymous hacker told FT.

Long-time Anonymous hacker, who goes by the name “Kayla,” confirmed to FT that at least supporters of Anonymous could have been responsible for the PSN breach.

“If you say you are Anonymous, and do something as Anonymous, then Anonymous did it,” said Kayla, who famously helped hack security firm HBGary Federal. “Just because the rest of Anonymous might not agree with it, doesn’t mean Anonymous didn’t do it.”

Anonymous has been involved in an increasing number of high-profile hacks and cyber attacks against corporations like Visa, MasterCard and PayPal. They have also dipped their digital toes into geo-political battles in countries like Egypt and Iran.

With various government agencies hounding Sony for answers about the massive data breach of its networks, don’t be surprised if they toss out a hefty chunk of change to get people talking. And, since it seems some already are spilling the beans, the identities of the PSN hackers could soon be made public.