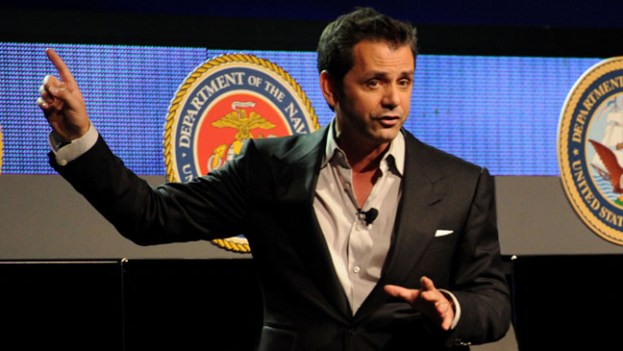 Eric Hirshberg has been at the helm of Activision Publishing since 2010, ever since stepping into the video game business from the advertising world. Hirshberg has overseen what has become an annual $1 billion launch of a new Call of Duty game every year, a streak which began when Call of Duty: Modern Warfare 2 reached that milestone in 2009, and the franchise hasn’t slowed down since. He’s also watched as Skylanders captivated both the toy industry and gaming world with dozens of action figures and a pair of hit games (with a third on the way). And now with the first details of Bungie’s Destiny now revealed, Hirshberg took some time to address some key issues that Activision and the game industry will be facing in 2013 and beyond as the next generation of consoles are just around the corner.

As each new Call of Duty Game has a longer life thanks to DLC and multiplayer, what are the challenges of keeping Call of Duty from oversaturating the market with annual Call of Duty releases?

So far I think we’ve found a very nice cadence with our Call of Duty community and the demand and the supply of new content is in a pretty good balance. The games have gotten increasingly long tails and people have shown a year-round appetite to keep playing multiplayer and for the new content that we release with DLC packs to enhance those experiences.

We’ve been able to have success with new games as long as they have big new innovations that have a big appeal to our fans. We’ve found the right cadence.

How involved is Activision in the making of the Call of Duty games and their direction verses the individual developers and what they want to do?

All of our developers who work on Call of Duty are part of the Activision family. Our developer community represents our largest employee population at Activision, so I don’t really see the distinction when you say how much has Activision been involved. We certainly have a great track record of giving our developers tremendous amounts of creative freedom to make the games they want to make.

“When you have the kind of successes that we’ve had with some of the other franchises it does free up your ability to invest behind something new that you really believe in.”

That said, when you have a franchise like Call of Duty, which has multiple developers on it, a lot of the stewardship is a brand. It becomes centralized and there are people who have been living with the brand and been part of creating the brand from the very beginning. There’s a lot of cross-pollination between people who work at a developer like Mark Lamia, who’s the head of Treyarch. He started in our production management group at Activision. And our current head of worldwide studios is a former head of Treyarch, so there’s a lot of musical chairs in terms of the talent that contributes to our games and it’s a very good, healthy creative collaboration.

What is the next step for Skylanders now that it has surpassed the $1 billion mark?

Innovate. Innovate. Innovate. Skylanders was built on delivering magic moments to young gamers and we think that our job is to deliver those content active moments with each new iteration. As long as we keep adding new ideas to keep it fresh, I think we’ll continue to be successful. Obviously, a billion dollars in revenue threshold is a wonderful milestone. We really feel like what we’re trying to do with Skylanders is build a meaningful and lasting franchise that will stand the test of time. The key to that is continued innovation and continued magic.

What freedom does having hits franchises like Call of Duty and Skylanders open up to Activision when it comes to taking risks on original IPs?

Activision is a very rigorous company and puts a lot of analysis and thought into the things that we venture into. Our strategy is to be very focused on doing a few things exceptionally well. We make those choices very carefully. That said, when you have the kind of successes that we’ve had with some of the other franchises it does free up your ability to invest behind something new that you really believe in.

If you look at Skylanders as an example of a success story, getting into the toy manufacturing business you’re going to have the technology of how to bring the toys to life and how to manufacture the portals and none of that was an inexpensive or casual endeavor. Obviously, that was funded by the company’s success in other areas and we were able to develop it and market it with a lot of impact. That’s the same kind of focus and approach that we’re going to try to bring to Bungie with Destiny.

With companies like Ubisoft expanding into films and Activision’s locale near Hollywood, what opportunities exist for Hollywood and transmedia for your IPs?

We certainly have those opportunities as we get approached all the time for things like bringing Call of Duty or Skylanders to other media. It’s just something that we approach very carefully. It’s something we have done before. We were doing episodic entertainment on Call of Duty Elite with “Friday Night Fights” and things like that. We have dabbled in it, but I think that we work at it from the standpoint that is this going to make the overall franchise stronger, is this going to add creative ideas that the games can’t. Our primary business is making great games and we want to make sure that we stay close on that and don’t mess anything up in the pursuit of making movies. If we do that, it’s going to be with the right partners, and at the right time, and for the right reason.

What opportunities do you see in the free-to-play gaming space today beyond the Chinese Call of Duty Online game?

That’s a big investment in the free-to-play space and a couple of our mobile games are also free to play and micro transaction based, so it’s something that we are doing on a case by case basis and learning about. The venture we’ve had in China is probably the biggest investment.

That being said, there are new business models that are disruptive and that are interesting. That doesn’t mean that there isn’t still a market for people purchasing our games and having a great time playing them and feeling like the game is a tremendous value for them. We’re doing free-to-play where we think it’s appropriate.

What are your thoughts on the Wii U as a console so far?

We’re big supporters of Nintendo. We think they’re a great company and we’ve put a lot of games in their launch window for Wii U. It’s the beginning of the new console cycle and we hope that they’re successful with it.