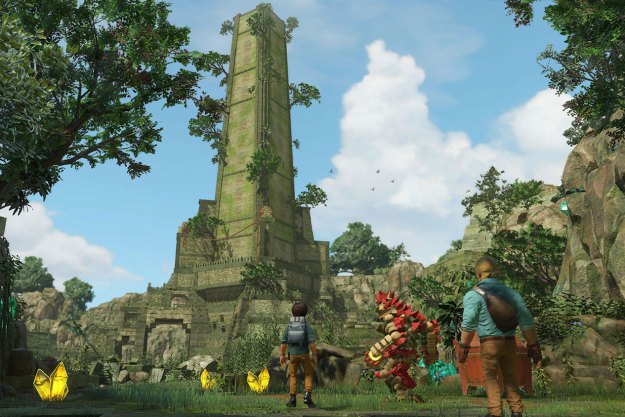 “Knack 2 silences naysayers with innovative puzzle-platforming, even if its combat can’t keep up.”

In a world governed by logic and reason, Knack 2 shouldn’t exist. The original 2013 action-platformer launched alongside the PlayStation 4, and its moderate commercial success can largely be attributed to the lack of other exclusives on the market at the time, rather than its quality. But creator Mark Cerny and the team at Sony’s Japan Studio forged on anyway with a sequel. While Knack 2 doesn’t stray too far from the platformer gameplay of old-school game series like Ratchet & Clank, it adds a few unique platforming elements that help it stand out from the pack. As you’ll learn in our Knack 2 review, the game isn’t exactly mind-blowing, but it’s an entertaining adventure that the whole family can enjoy.

Taking place a short time after the events of the original, Knack 2 sees our titular hero and his human pal Lucas return to a hero’s welcome in the city of Newhaven for their work in defeating the evil goblin leader Gundahar. Their celebration is short-lived, however, after a resurgent goblin force attacks, this time with an army of enormous, powerful robots in tow. Joined by a group of monks who have studied humanity’s past encounters with the robots and believe they know how to end the war, Knack and Lucas charge head-on into the chaos, travelling the globe and saving humans from invading goblins along the way.

It’s not exactly the most inventive story, to be fair, but there’s something to Knack 2’s writing. Lucas and his uncle Ryder – voiced by the always excellent Travis Willingham – constantly tell deprecating jokes that help make them feel like family, and Knack even occasionally joins in with a few zingers that consistently had us laughing. He might just be an artificial lifeform composed of pseudo-magical relics, but his sense of comedic timing cannot be questioned.

Some of Knack 2’s other characters aren’t utilized so well. Doctor Vargas, who created Knack in the original game, makes a few appearances, but the game strangely decided to make him a non-factor for the majority of the story. A few newcomers largely help to drive the DreamWorks-like tale along, but they’re used in every “family friendly” cliché you can think of. You might think, “I know where this is going” at any point in Knack 2, and you absolutely do. Children who haven’t seen classic animated films or played similar games, the tropes likely won’t spot what’s coming, but if you’re sitting on the couch with them, it’s enough to make you groan.

Luckily, the gameplay innovations introduced in Knack 2 are much more memorable than its story. Split fairly evenly between puzzle-solving, beat ‘em up combat, and platforming, the game wears its influences on its sleeve, but builds on them in ways that feels fresh.

You might think, “I know where this is going” at any point in Knack 2, and you absolutely do.

As in the original game, Knack changes in size after acquiring “relics” scattered throughout each level, which not only make him more powerful, but also increase his pool of health. You’d think that in a game about a (potentially) enormous magical fighting machine, this mechanic would have the most impact on combat, but it’s actually in Knack 2’s puzzle-platforming sections where it shines the brightest. At any point during a level, hitting the R1 button will cause Knack to shed all of his extra relics and turn into an adorable two-foot critter. This form allows him to access small ledges, crawl into open sewers, or slip through small passages, and once he’s made it to a wider area on the other side, he can return to his previous enormous self. This means that levels will seem deceptively simple at first, possibly with just a few ledges to jump on and a couple of hazards to avoid, but by experimenting with Knack’s smaller form and hopping onto smaller steps, you can routinely reach areas that seemed unreachable. It also leads to several moments where you’ll need to switch between Knack’s large and small selves to avoid sawblades or flames, and there’s something empowering about exiting a tiny opening and turning into a huge monstrosity to face enemies.

In addition to the required pathfinding, there are also plenty of secret areas housing special gadget parts and extra experience orbs in each level, most of which require Knack to shrink down. Occasionally, puzzles will even require Knack to use his extra relics as a weight on a pressure pad before reaching a higher area and transforming again. It requires the kind of quick thinking we’d expect to see in a Mario or Rayman game, and each stage is clever enough to make you scratch your head without ever inciting any real anger.

That anger is largely reserved for Knack 2’s terrible, non-controllable camera, a relic – no pun-intended – from retro 3D platformers that feels out of place in a 2017 game. While Japan Studio doesn’t typically hide secrets in the foreground, there are a few pathways that we had trouble finding simply because we couldn’t turn the camera around.

The gameplay innovations introduced in Knack 2 are much more unique and memorable than its story.

Though the size-changing mechanic is more interesting during platforming sections, Knack does still extra bulk during combat. The game’s enemies are surprisingly resilient on the standard difficulty setting. While goblins make use of sweeping sword strikes, cannons, and bows to damage Knack, the robots are a little more clever, using spinning attacks and electricity-charged attacks that leave them briefly invulnerable to Knack’s own blows.

When Knack can get an enemy to stand still for a second, he has an arsenal of abilities that is surprisingly deep and varied. In addition to a standard punch, kick, and “slam” move, Knack can acquire several other special attacks through an enormous skill tree, which you gradually unlock after acquiring special experience orbs from crates and enemies. At specific points, one of the game’s side characters also gives Knack even more powerful abilities to use on tougher enemies. The narrative explanation for why the character waited to give us the new powers doesn’t really exist, but they’re spread out enough to really send Knack on a power trip whenever he gets a new one.

Despite giving you a bunch of interesting powers, Knack 2 rarely makes you feel like the unstoppable wrecking machine you want to be. Even when Knack acquires special elemental powers such as ice or metal, which are capable of dealing out enormous amounts of damage, getting hit just once or twice will make these powers seem all but useless. Knack 2’s extremely generous checkpoint system prevents frequent deaths from getting too frustrating, but for younger players, it still seems too punishing.

Boss fights are few and far between, but they don’t typically force you to make full use of Knack’s moves and as a result, are seldom rewarding, and are oftentimes easier than the standard enemy encounters. What could have been the best segments of the game are largely reduced to short diversions ending in a quick-time event. At least the cutscenes are pretty.

Knack 2 doesn’t represent a renaissance for 3D action-platformers and its writing won’t be winning any awards, but it’s a surprisingly fun sequel with solid mechanics and an entertaining, kid-friendly story.

The main story took us about 10.5 hours to complete. Trial missions can extend your playtime by a few more hours.

Sure. There are plenty of other more engaging games to keep the adults in your house glued to the PlayStation 4, but if you’re looking for something the whole family can enjoy, and not just pretend to enjoy, you can do a whole lot worse than Knack 2.

Topics
The best upcoming PS5 games: 2023 and beyond
PS Plus adds Evil Dead, OlliOlli World, and more in February
The best upcoming Xbox Series X games: 2023 and beyond
Tomb Raider returns as a mobile roguelike via Netflix
Best gaming laptop deals: Save on Alienware, Asus and more
Best Alienware Deals: Save on gaming laptops, PCs and monitors
The best video games of January 2023: Hi-Fi Rush, Dead Space, and more
With Valiant Hearts: Coming Home, Netflix finds its video game voice
The best guns in Dead Space
The Crew Motorfest brings a racing festival to Hawaii this year
The best skills to inherit in Fire Emblem Engage
Dead Space: how to fix the centrifuge
How to fast travel in Forspoken