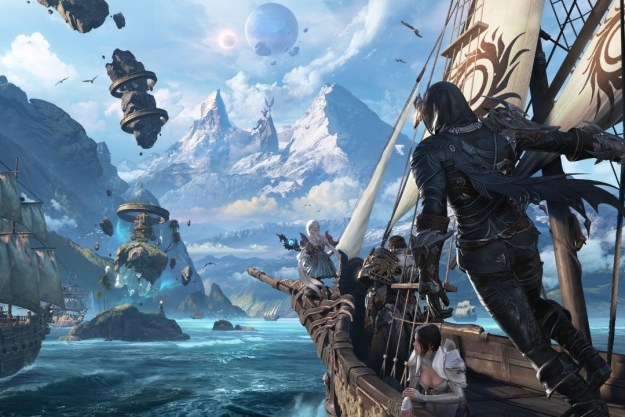 “So long as you're willing to play by its rules, Lost Ark it is an absolute blast thanks to its perfect blend of visceral ARPG combat and steady MMO progression.”

There’s no question of whether or not Lost Ark is a well-made game. It’s had years of content patches and updates to refine it to be the best that it can be. Lost Ark was originally released in 2018 and it won six awards at the Korean Game Awards in 2019. Russian and Japanese servers opened up in 2020, and now it has come to North America and Europe, with a few exceptions.

Clearly, it is doing something right, and answering the question of “is it a good game or is it a bad game?” doesn’t do Lost Ark justice. It already has a community, culture, and history surrounding it. This is not a game that has been discovered; we are just now being invited to a global phenomenon.

Lost Ark’s take on the MMO genre may be unfamiliar and frustrating to many in the North America/EU regions, but can still be worth the investment — if you play by its rules.

It’s not about the loot

Lost Ark is a massively multiplayer online RPG that takes a lot of cues from ARPGs like Diablo 3 and Torchlight. The isometric view and hordes of enemies on-screen could make you think that it is just another looter game. However, check your inventory after facing a massive wave of enemies and you’ll find that it will still be mostly empty. Lost Ark takes the frenetic and savage combat from ARPGs and tempers it with the pace and progression of an MMO. After completing the main questline in each area of the game, I would probably only replace two or three of my items. Obsessing over minute stat changes in gear is not the main focus, not yet at least.

Lost Ark can be broken up into two vague sections: The leveling and the endgame. Once I created my character, I was thrown in and introduced to the three classic Ms of RPGs: Magic, Monsters, and MacGuffins. Players spend their time using X amount of spells to kill Y amount of monsters in order to complete quest line Z. Then they pack their bags, go to the next area, and start all over again. This is the common rhythm found in plenty of MMOs and RPGs. Its not as rote as it sounds — it’s actually quite fun — and the stories found within the quests are serviceable enough to warrant at least some attention.

The real goal of the campaign is to get players comfortable with the game itself. Learning fight mechanics, understanding movement, and perfecting one’s spell rotation are all needed for the end game. Level one to 50 acts as a streamlined tutorial, and once players have completed the main story quest, they’ll have plenty of knowledge and proper gear to dive headfirst into the endgame content.

Lost Ark takes the frenetic and savage combat from ARPGs and tempers it with the pace and progression of an MMO.

The only thing that felt strange about leveling my character was that I found myself generally alone. I was, however, playing in the closed beta, so the player count was not as numerous as it can be. However, even the dungeons I stumbled on were easy to complete solo, which was good since after waiting five minutes in the party finder, I just wanted to get the dungeon over with. I would only occasionally see a player out in the world, which made this MMO feel really empty. This could change once the servers are filled to the brim with players, but the game itself seems to be engineered to be a solo experience when leveling a character. Most of the social aspects of Lost Ark really start to kick off in the endgame.

The game does want you to breeze through the leveling part so you can finally “start playing” the game.

Once players reach the level cap, the game really starts to open up. Now players gain access to a plethora of content. There are Chaos Dungeons that have players face wave after wave of enemies, Guardian Raids that feel almost like Monster Hunter fights, ocean traversal via ships, island customization, and so much more.

Lost Ark does a good job of giving players plenty of things to do, and it wants them to do things. I grew up on MMOs, and it is probably the most consistent genre that I play. All the games that I have played have endgame content similar to Lost Ark. However, they also gave the option to players to do absolutely nothing.

World of Warcraft is a perfect example. In WoW, I have spent literal weeks doing nothing but hang out in Stormwind or any of the other social hubs found in the game. I can walk around and look for shops I normally don’t go to, I can find interesting tidbits of lore sprinkled around the world, or I can literally just sit in front of the auction house and watch other players go about their days.

Lost Ark does a good job of giving players plenty of things to do, and it wants them to do things.

Lost Ark doesn’t really have moments of silence or inaction; it wants you to be constantly engaged with the systems and content it provides and nothing else. Even gathering skills like mining or fishing have an energy meter that refreshes every day, meaning players can only spend a certain amount of time a day doing simple tasks. That makes the world less of a believable place and more of a giant checklist.

The endgame also has an issue with a barrier of entry to its content. If players complete the campaign, they’ll be properly geared for Chaos Dungeons and Guardian Raids. That’s when the grind for gear really starts to take place. Gear level becomes incredibly important as content is gated behind that score. In order to level up gear, players need specific items that can be found in endgame content. Simple enough. However, players can only run Chaos Dungeons twice a day for the full rewards, and the same goes for Guardian Raids. After the allotted two times, rewards are reduced on subsequent clears. Most endgame content works on this system and it makes gearing up for more of the high-level endgame content pretty slow-paced.

Perhaps this is a problem that many players will not see. I can only speak for myself, but I no longer binge games for eight hours a day. I have a cat to feed. Lost Ark might just be another game like Destiny 2 for me, where I check in every week, do some missions and events, then clock out until the next reset. I am honestly fine with that — this game does not need my full attention and it seems that I will not miss anything content-wise. Though there are surely some gamers who do have the time and do want to reach the pinnacle of the game, so free-to-play might be too slow for them.

There’s a solution to that problem: Using real-life money with microtransactions.

Lost Ark is a free-to-play game with microtransactions that can be described as “pay for convenience.” Everything that a player can buy with real money only helps to alleviate the grind for gear, or is purely cosmetic. A player that has spent money will not have a significant advantage over a free-to-play player, but they will have access to more content sooner. Even the PvP arenas are completely skill-based, so whales will not upset the balance.

The game is completely playable and still enjoyable without putting a cent into it.

Amazon Games has shaped the way that microtransactions will be handled with the current launch, making them less abrasive and necessary. Though they are still there, any level of microtransactions can be off-putting to many players and I understand that trepidation.

Lost Ark will not be available in Belgium and The Netherlands due to both countries’ ban on loot boxes in games, and with microtransactions, there is always that internal calculus that runs through a player’s head. “Is this gear worth $10 or two hours of my time?” This is something that players should not have to deal with when playing a game. However, the game is completely playable and still enjoyable without putting a cent into it.

Lost Ark excels at exactly what it is: A fast-paced, visceral ARPG with MMO elements that has plenty of content to keep players coming back every week. The combat alone is enough to keep curious players interested. The leveling process is easy but engaging, and the endgame content offers a king’s bounty of things to do. This is not an MMO to be sucked into for hours on end; it has rigid systems that want you to do exactly what it says to do. The fact that it is free-to-play means that if you are even remotely interested in this game, it is worth trying out for at least one session.

Path of the Exile and Diablo 3 are possibly the closest you will get to Lost Ark. However, both of these games do not come close to the number of things a player can do once they hit the endgame.

The campaign takes about 25 to 30 hours to complete, depending on how hyperfocused you are on reaching the level cap. After that, the game lasts as long as you want — the blessing and the curse of MMOs.

Yes. Lost Ark is a free-to-play game, so there is no entrance fee to this ride. In terms of microtransactions, you do not need to put any money in this game on the North America/EU servers in order for this game to be fun. The only thing money can do for you is get you to the endgame faster, but it won’t make you better at the game.