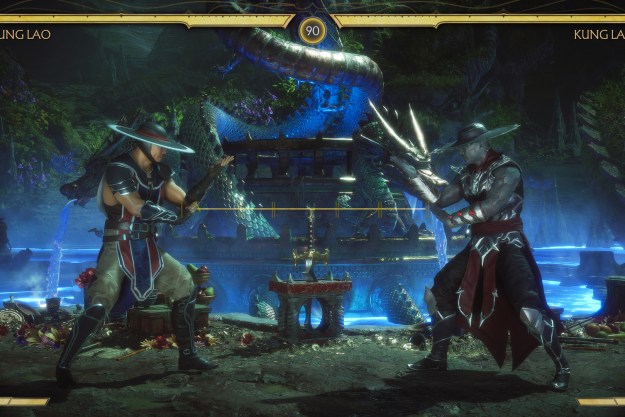 “Mortal Kombat 11 delivers the best fighting gameplay in the franchise to date, with a healthy dose of style.”

The Mortal Kombat series has certainly shifted its reputation over the years. Made infamous for its gore and brutality, it’s recently transformed into one of the best fighting games of this generation. The excellent Mortal Kombat X made this especially apparent, and the trend continues with NetherRealm Studios’ latest entry to the series, Mortal Kombat 11. Building on what made its predecessor great, it’s the most polished, intricate, and outrageous title in the series to date. While MK11 doesn’t dramatically change the formula, its clever additions make it the most striking entry yet.

Turn back time to the good old days

Mortal Kombat 11’s story mode is ironically symbolic of NetherRealms’ work. The story is nearly impossible to follow but is so wacky and entertaining that it’s impossible to look away until you see it through to the end.

Set after the events of the 2011 Mortal Kombat and MKX, Shinnok is defeated at the hands of the protector of Earthrealm, Raiden, who has allowed his anger and darkness to take over. With many potential enemies to his people, he plans a preemptive strike to eliminate them. Before he can fully enact his plan, however, a mysterious powerful being called Kronika arrives with a plan of her own. Tired of Raiden’s constant effect on the sands of time, she decides to set back time to the beginning and uses seemingly possessed characters like Liu Kang and Kitana to help her.

Kronika is the perfect villain for Mortal Kombat 11’s story. Her motivations seem pure despite her bloody, death-filled approach to acting on them. She’s far more powerful than the series’ longtime protagonists, and their efforts to beat her seem to be in vain. Despite this, it’s made clear that she isn’t invincible, and MK11 makes it feel like any of the heroes could potentially be the one to stop her.

Little else matters when it’s time to start trading blows, and Mortal Kombat 11 is damn good for that.

The production value of Mortal Kombat 11’s cinematics is superb, with crisp animations and incredibly expressive faces. A key emotional moment early in the story sees a famous character die, and the reactions on the faces of the other fighters feel genuine and heartfelt. Voice acting for nearly every character is top-notch, with the notable exception of Sonya Blade who’s voiced by MMA fighter and WWE wrestler, Ronda Rousey. Blade’s lines feel wooden at times, particularly when she tries to make threats toward enemies before a fight. Rousey’s flat dialogue wouldn’t be as noticeable if the rest of the characters weren’t voiced by veteran talent such as Steve Blum, Jennifer Hale, and Erica Lindbeck.

Stop trying to hit me

Little of that matters when it’s time to start trading blows, and Mortal Kombat 11 is damn good for that. With a roster of returning characters and several new additions, there’s a fighter to suit just about every kind of player. Classic characters bring with them some familiarity, sticking to what they do best. Scorpion, for example, returns with his familiar spear and sword attacks to deliver satisfyingly fluid combinations in combat. Newcomers, on the other hand, deliciously shake up the formula. Geras’ time and matter bending attacks will change the way you think about spacing and distance in a fight. The reality is that with so many different characters and ways to play, you’re never truly safe in Mortal Kombat 11. There is always a counter or “punish” move to contend with any action you take.

The reverse is also true. Even if you’re brand new to the series, there are at least some easier combos (sorry, “kombos”) that you can pull off to keep your enemies on their toes. Hitting X-Y-X on the directional pad can do a substantial amount of damage and can help keep you in the fight just as well as a longer, more difficult string. Veterans of the series and players willing to put in the work will find there’s plenty of moves and attacks you can do that blend together so smoothly that there’s very little “tell” given to your opponent. As for playing online, it’s essential to learn a character’s full range of attacks, as your opponent more than likely already has.

There’s a lot to memorize, but it’s made less intimidating because of Mortal Kombat 11’s substantial tutorial system and learning tools. You can run through the most effective moves to use with every fighter in the game, and while practicing, you’re provided with frame data, damage totals, and other statistics that can help you pick your ideal strategy. It isn’t a replacement for good old-fashioned practice against a human, but it helps make the vast move list more manageable.

If you find yourself getting losing in a round of a fight, there’s one last tactic you can try to turn the fight in your favor and it’s MK11’s “Fatal Blows”. These become available when your health dips dangerously low.

Like never before, Mortal Kombat understands that it’s goofy, and it has fully embraced that.

If you can land the attack properly, you’ll deliver an over-the-top move that deals a huge amount of damage. Fatal Blows can only be performed once per fight and aren’t going to help you if your opponent is truly wiping the floor with you, but they force confident players to still respect their enemies at all times.

Fatal Blows are, of course, not a replacement for the series’ famous Fatality moves. At the end of almost every fight, you still have the opportunity to finish off your enemy with a ridiculously gory attack, and NetherRealm continues to push the boundaries of creativity and decency. Baraka can rip off his opponent’s face and munch on their brain, while Skarlet can turn an enemy’s blood into spears and impale them with it. As the attacks have gotten more violent, they’ve also grown funnier. Like never before, Mortal Kombat understands that it’s goofy, and it has fully embraced that.

Alongside story mode, local battles, and online play, the famous Mortal Kombat Towers once again make their return, and they’re available in two forms. The Klassic Towers mode gives you increasingly long and difficult chains of fights, modified with more powerful enemy attacks or environmental hazards. You can help offset these disadvantages with consumable items of your own, and you can even have a few characters briefly tag into your fight and deliver some punishing blows. If you prefer a slightly different kind of fight, there is also a Towers of Time mode. It’s similar to Klassic Towers but features a dynamic series of challenges, varying fairly wildly in difficulty and among the best tests of your fighting abilities in the entire game.

Depending on your success rate, you’re awarded with currency that can then be spent in the free-roam Krypt area. The Krypt is played as a sort of third-person adventure and contains chests filled with skins, consumable items, art, and special “augments” that enhance your fighters’ abilities. It also has some secrets and light puzzle-solving sections that are the perfect way to unwind after fighting opponents for hours.

Visiting the Krypt is the best way to customize your favorite character’s appearance, but it’s also where you can find augment items that slot into their weapons or armor. These give you slight changes, such as additional experience during a fight or additional damage to airborne enemies, but they won’t drastically alter your fighter to the point of feeling like a different character.

Customization options are also available for every character’s moveset. If you aren’t happy with a particular special move, you can change that fighter’s abilities to more closely match your preferences. We removed a warp-cancel move from Scorpion’s equipped abilities and replaced it with a flashy spear attack, and the result made him feel more competitive online. With multiple slots available for each character, you can experiment with different types of abilities and transform your fighters play-style into something more personalized.

Various kinds of currency can be used in the Krypt that you can earn through regular play, but there is also a premium “Time Krystals” currency available. This can only be used for cosmetic items – skins, intros, “easy Fatality” tokens and cards are available right now – and you acquire them by leveling up your account. They will have no impact on your performance in the game, and the chests you open in the Krypt use non-premium currency.

Mortal Kombat 11 further cements NetherRealm Studios as one of the premier fighting game developers in the world. The combat is the most fluid it’s ever been, seamlessly flowing from one move to another. The huge number of attacks and play-style options make it feel like the ideal choice for dedicated fighting game community members while the game-changing Fatal Blows help to make newcomers feel more welcome to the genre. The story mode heightens gameplay with gorgeously-shot cutscenes and the numerous modes will keep you busy for weeks after you’ve finished it. It’s safe to say that the series has long exited the shadow of competitors and that Mortal Kombat 11 stands as the pinnacle of this ascent.

No, but younger fighting game fans should stick to 2017’s Injustice 2 for more toned-down violence.

The story mode took us about five hours to complete. The rest of the game will last for as long as the fighting game community keeps playing it, and with the game’s depth, that will likely be for a long time.

Yes. Mortal Kombat 11 is the series at its best.