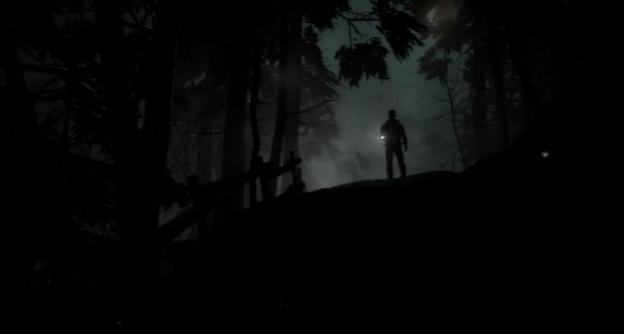 Horror movies have remained popular in Hollywood, especially with the success of low-budget “found footage” movies like Paranormal Activity and Apollo 18. But there remains an infatuation with classic horror slasher films with remakes like Last Cabin in the Woods, Halloween, and The Texas Chainsaw Massacre. That success has permeated through to video games. Resident Evil has become a household name, while franchises like Silent Hill and Dead Space have the potential to have some crossover appeal. Now Supermassive Games is bringing this teen horror genre to the interactive realm in the PlayStation 3-exclusive Until Dawn. Will Byles, executive creative director, explains how this new game, which debuted at Gamescom 2012, was developed to take advantage of PlayStation Move in this exclusive interview.

What were your goals heading into this game?

We wanted to bring a brand new experience to PlayStation and make a truly playable teen horror game. Until Dawn is unashamedly a teen horror experience. We use teen horror tropes, brought up-to-date, to make it scary, sexy, and funny. It’s important to us that the game is as watchable as it is playable, so we’ve been working directly with a Hollywood horror legend to bring that classic horror movie feel to the story and the script. We also use some talented young American TV actors to get those scripts performed in a way that’s true to the genre. Obviously, in the movies you, the viewer, have no control over who lives or dies in a teen horror, and there’s always a significant body count. In Until Dawn, you’ll play each of the eight teenagers as they attempt to make it through the night and the script adapts according to the way you play. The number of characters that survive the night really comes down to how you play.

What Hollywood films did you draw from for inspiration?

Teen horror is a great sub genre of classic horror with its own conventions and lore. There is a host of great examples from which we took our inspiration, including the classic late ’70s and ’80s slasher movies like Halloween, Friday the 13th, and Nightmare on Elm Street, as well as more recent films, like Cabin in the Woods, Scream, and I Know What You Did Last Summer. Teen horror is scary, sexy and funny, and we are no different. We want this game to be as watchable as it is playable so that people can enjoy it in groups as well as on their own. Keeping it true to the genre is immensely important to us and a big part of that is the dialogue so we went to great lengths to find the best writers from the world of horror movies to write for us.

What horror games did you look at?

We looked at as many as we could find — Fatal Frame, Resident Evil, Silent Hill, etc. All of us on the team are big horror fans so it makes the project a lot of fun to work on, but we also wanted to create something new so we haven’t relied too heavily on established tropes.

How did the PlayStation Move open things up for the survival horror genre in this game?

Supermassive Games has some great expertise now with PlayStation Move, so this was a great opportunity to bring our skills to a unique experience. In Until Dawn you play as the teenagers in a mountain lodge miles from anywhere and the power is out. We need to give the characters a way to move and see in the dark — we do that by giving them a flashlight and we map the movement of the flashlight to the PS Move controller. It’s a perfect fit.

Can you talk about the challenges of making games scary?

Making something scary requires immersion. We need the player to be involved and part of the action, rather than an onlooker. If something scary happens in the game, we make sure it happens to the player while they’re playing and not to a character in a cut scene. This, together with super intuitive controls, keeps the player immersed. We also tested the scariness of the game by wiring up test subjects and measuring their biometric responses while playing.

What’s the story in this game?

Without giving too much away, the story is about a group of friends revisiting an isolated, luxury mountain lodge; the same location where two of them had gone missing the previous year. One by one they are stalked and killed off.

How do you play with people’s knowledge of horror conventions in this game?

If you’ve seen any teen horror over the past few years then you know what you should and shouldn’t do. Everyone has thought “why would anyone… ever… do that?” while watching a horror movie and now you can find the answer.

How do you feel you’re pushing gameplay forward with this title?

We’re pushing a number of areas with the PS Move controller to make the experience as unique as possible. Making the game watchable as well as playable allows us to give the players a tiered experience. If you want to get deep into the narrative, there’s a full clue system with which you can engage — you don’t have to, but if you do, things may be turn out a little different. The same goes for exploration — adaptive endings based on how you play the game are all there. But, you need to tread carefully because if you die in Until Dawn, your character is gone and the story adapts with you playing as someone else.

Can you talk about what types of horrors players will face off against in this game?

Discovering what is going on and why you are all dying is a big part of the overall experience — that’s about all I can tell you right now without giving away too much away.

At this point in its life cycle, what are you able to achieve graphically on PS3 to immerse players in this game world?

I love this part of the cycle, when a console reaches maturity, when we have great shaders, deferred rendering and exhaustive VFX. We can utilize all of the innovation that has gone on before and build upon it. It’s also great having a game where light and dark are intrinsic to survival and exploration. In addition to making the game as beautiful as possible, we want to make the first person horror experience as immersive as we can by losing on screen assists and HUD and keeping everything you need in game so all of the horror is happening to you the player.

What are you most looking forward to players experiencing in Until Dawn?

We want players to experience fully what it would be like to be in a teen horror film. While we want to scare the pants off you, we want to do it while you’re grinning from ear to ear.

The Devil in Me is the most interactive Dark Pictures game yet
Silent Hill 2 remake: release date, trailers, gameplay, and more
The best horror games on Nintendo Switch
Silent Hill 2 is getting a remake and it’s a PS5 console exclusive
The best weapons in Modern Warfare 2: every gun ranked
Pokémon Scarlet and Violet: How to beat the Elite Four
The best Intel processors for 2022
Call of Duty: Warzone Mobile: release date and preregistration details
Monster Hunter Rise is coming to PlayStation and Xbox, minus cross-platform saves
Best gaming laptop deals: Save on Alienware, Razer and more
‘Wordle’ today, December 2: Answer, hints, and help for word of the day (#531)
Elden Ring for PS5 is $15 off with delivery in time for the holidays
The best iPhone games to play in December 2022: Marvel Snap and more