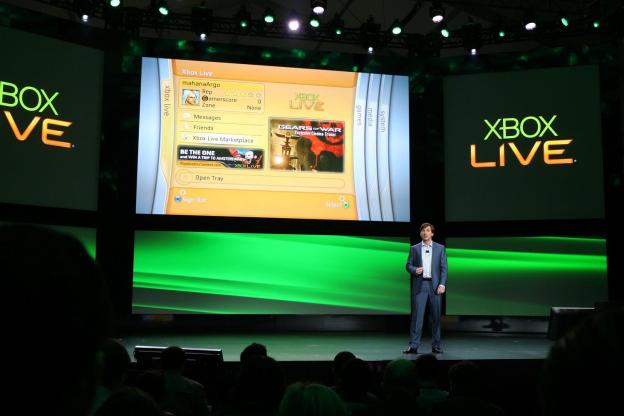 Yesterday’s reveal of the Xbox One answered a lot of  long standing questions, but it created nearly as many. Rather than giving us all the details we hunger for, the presentation served as a general overview of the philosophy behind the new console: it is an entertainment hub, Microsoft’s long-sought-after Trojan horse into your living room.

There was one notable absence though: the Xbox 360. Microsoft had nothing to share with the millions of current-gen gamers that want to know what happens with their years-long investment in Xbox hardware. Not during the presentation, at any rate.

Although much of the gaming-centric news regarding the Xbox One is being held back for E3, we can confirm straight from Microsoft that Gamerscores and Achievements will carry over, and that the Xbox Live Gold subscription service will keep the same $60 annual fee.

“If you are an Xbox Live Gold member today, we’re not going to charge you any more. Everything goes with you,” Craig Davison, senior director for Xbox Global Marketing told us. “So your Xbox Live membership works on 360, [and] it will also work on Xbox One. Your Gamerscore, your Achievements, your reputation, your friends list – it all comes with you.”

Davison also noted that the friends list cap would increase from 100 to 1,000.

Multiplayer games will also be able to increase their player limits significantly in individual matches. So much so that most developers will likely be able to choose how many people can play in a single online game at a time, rather than have a limit forced unto them due to the technology.

This creates all sorts of new possibilities, especially with games originally developed, or at least envisioned for PC. A good example of this the Battlefield franchise: Battlefield 3 caps out at 24 players per game on the consoles, while the PC version maxes out at 64.

“We haven’t even hit the ceiling, so we’re not even able right now to basically say ‘this is the limit,’ because right now it’s a lot,” Davison said. “Going from 512MB RAM to 8GB, it’s going to be amazing. It’s almost going to be like an MMO for every game. It’s that level of power, and that level of sophistication is what we’re talking about, so huge potential.”

Achievements remain a core part of Microsoft’s social gaming strategy, but they will also be expanded upon. In-game cheevos will remain the province of a game’s publisher and developer, but Microsoft will now offer its own out of game achievements. What that entails is still an active discussion, but it might include things like watching a football game while simultaneously tracking your fantasy team using Snap Mode, or playing a game while connected via party chat to other gamers playing different games.

Davison was clear that Microsoft takes the value that gamers place on Achievements seriously. Hopefully, this means we won’t see Gamerscore bonuses being handed out purely for promotional value, say by watching a movie promoted by an ad on the Xbox Live dashboard.

“We’re allowing game publishers, and even to some degree entertainment publishers, to take advantage of the Achievement system,” he said. “We’re pretty stringent though, because that currency, we don’t want to devalue it.”

Best PS5 game deals: Hours of AAA entertainment from $19
Xbox gets a new camouflaged controller with a matching charger
You can play a fan-made Super Mario Bros. 5 in Mario Maker 2 right now
Best Xbox One deals and bundles for October 2022
Deathloop on Xbox doesn’t change much, but is still great
The best Zelda games, ranked from best to worst
The Xbox Series X games with the best graphics
The best mouse for 2022: top wireless mice tested and compared
The best Intel processors for 2022
Best Nintendo Switch game deals for October 2022
Best Nintendo Switch deals and bundles for October 2022
Unannounced game Silent Hill: The Short Message rated in Korea
E3 2023 returns in June with separate business and consumer days