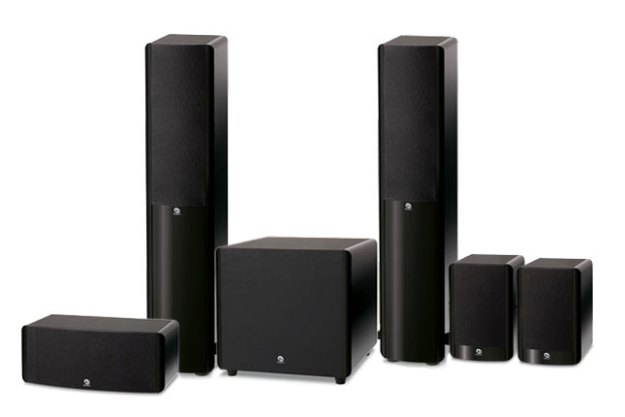 “The Boston Acoustics A series are a great example of what the art of compromise in engineering and design can do for a speaker when executed properly.”

Boston Acoustics is a well recognized brand in the audio industry. If you haven’t seen their speaker products at your favorite electronics store, you may have seen their car audio products in some vehicle or another. So, the brand needs little introduction. Their latest series of speakers, on the other hand, you may not have heard of yet. The A-series is the company’s effort at providing their signature flavor of sound in an attractive package with “enduring value.”

To be frank, when we were approached to review some of the speakers in the A series and heard they were the “value oriented” line, we didn’t exactly jump up and down in our chairs with excitement. Often, speakers that fit the “value” profile usually aren’t all that moving sonically. We are pleased to report, however, that after a thorough evaluation of some of Boston Acoustics’ A-series speakers, we learned that they defy many of the negative stereotypes that plague value oriented speaker products.

For this review, Boston sent us two A 250 floor-standing speakers, an A 225C center channel, two A 25 bookshelf speakers and an ASW 250 10” down-firing subwoofer. These speakers, save the sub, use some combination or another of 5.25” mid/woofers and a 1” tweeter. There are larger floor-standing and bookshelf products in the line which use 6.5” woofers, the same tweeter and, in the case of the floor-standers, an added 3.25” midrange driver. There’s also a smaller, 3.5” satellite speaker and more powerful, front firing 10” subwoofer available.

Unboxing the speakers was a more involved process than we’re used to. The speakers were protected with EPS packing materials (AKA Styrofoam) which broke apart in transport – an unfortunate by-product of direct shipping across the nation. Once the speakers were pulled out, we noticed a protective film had been applied to the speakers’ shiny black surfaces. Peeling it off presented a hassle in some of the corner and seam areas. At one point we had to carefully etch some of the film out of the seams with some plastic so as not to scratch up the finish. With film removed, we went ahead and installed the provided floor spikes to the bottom of the front speakers. For the record, the spikes are not required, though. The bottoms of the floor-standers are already outfitted with rubber disc pads which should keep them from sliding around on wood or tile floors.

The A series of speakers are available in just one finish. The top and bottom surfaces, along with the baffle around the drivers, have a textured matte black finish that looks attractive enough and feels like vinyl. The majority of the speakers surface is finished in a resilient, scratch-resistant, glossy black material that feels plastic-y but looks attractive and seems durable enough to stand up to some household abuse.

The A 250 towers measure 35-1/8 x 12-5/8” x 8-7/8” which puts them in the short, but not exactly thin category. The A 250 doesn’t have the more modern, ultra-thin styling that the manufacturer’s RS series does but they aren’t space hogs, either, and have a pleasant, classic feel that can blend well with varied décor. Measurements for the other speakers are available in the specs section of this review.

As previously mentioned, all of the speakers we received use a 5.25” ceramic/glass fiber polymer woofer with a rubber surround and a phase-plug dust cap. The front and center channels each use two of the mid/woofers and a single 1” soft dome tweeter. The bookshelf speakers use a single 5.25” driver and tweeter.

The front speakers weigh in at just under 30 lbs. The A 225 C center channel is 15.40 lbs and the A25 bookshelf is just 10 lbs. The drivers in the speakers seem to comprise most of their weight, indicating the cabinets themselves are very light. This had us concerned about the sound quality these speakers would exhibit, but Boston Acoustics reports that the speakers are well braced internally to keep them rigid.

For listening material, we used the SACD version of Pink Floyd’s The Wall, the DVD-Audio and DTS versions of Donald Fagen’s The Nightfly, and CD versions Adele’s Adele 21, and Dire Straits’ Love Over Gold. For video content, we used the Blu-Ray version of Avatar and Tron: Legacy.

Before we dig into the speakers’ performance, we should mention that that this line of speakers seemed to benefit from a break-in period more than any speaker we’ve tested recently – specifically in the bass department. Out of the box, the speaker sounded good, but highs were a bit pinched and bass was pretty anemic. After about 30 hours, though, the speakers already sounded dramatically different. We went ahead and let them go for a good 60 hours before we sat down for serious listening.

We’ll start with the A 250 in a music listening scenario. A good portion of our listening was done in stereo with no subwoofer. Bass response for this speaker is adequate, but not dramatic. That is to say that they don’t bowl you over with bass that seems to contradict their size. Those with an appetite for bass will certainly want a subwoofer, as the A 250’s don’t quite get the lowest bass octave. The bass they do provide, though, is balanced and just slightly punchy and didn’t get in the way of anything else the speaker was doing.

The A 250’s midrange attributes came as a big and very pleasant surprise. Here is where the speaker’s sound really stands out in contrast with its price point. Adele’s voice, track after track, was very accurately rendered with so much husk, grit, air and transparency we actually just stopped taking notes and marveled at the speakers for a moment. Later, while listening to our Dire Straits disc, we enjoyed the speakers’ realistic rendering of the guitar distortion effects and keyboard sounds. A $300.00 speaker has no right sounding as big and alive as the A 250 does, yet here it is.

As for the high frequency production of the speaker, we had mixed feelings. The tweeter seemed to perform very well in the lower treble area, so there was a lot of clean texture and detail at play. At the very top end though, the speaker could get a little harsh for our taste. The effect was more noticeable when listening to bright recordings with a lot of splashing cymbals or bright brass. Still, what the speaker did well managed to outweigh its occasional aggressiveness at the highest frequencies.

Beyond the excellent midrange performance and lower treble performance, the A 250 had a synergistic partnership going on that resulted in a very wide and deep soundstage. We enjoyed the image of sounds coming from well beyond the outer edges of the speakers and every single inch in between. The sound never got muddled or confused. We could easily pick out certain instruments’ places within the room. Beyond these dazzling effects, the speaker had a timing to them that seemed perfectly matched, as if sounds from each speaker were reaching our ears at precisely the right time.

As we integrated the subwoofer into the mix and reviewed some of our earlier music titles, we did enjoy the rounding out of the bottom end, but had a hard time getting the sub well balanced with the front left and right speakers. The ASW 250 can certainly provide some deep-down, bone rattling bass as well as tonally enjoyable musical bass tones, but there was a bump in the lower frequencies that kept “loading” our room with some resonant tones that didn’t really fit in with the otherwise balanced musical presentation. Given that the considerably more powerful, front firing 10” ASW650 is just a $150.00 upgrade away, we have a hard time imagining not delivering the goods just a bit more capably than the ASW 250 that was provided with this system. That said the ASW 250 was plenty of fun when watching action-packed movie sequences and does pretty well for a budget sub.

The A 25 bookshelf speakers were almost as impressive as their floor-standing cousins. They put out a respectable amount of bass for a 5.25” bookshelf speaker and their midrange performance was in line with the towers as well, though not quite as deep and immersive. The center channel, however, did not seem to follow the same sonic signature as the rest of the speakers. For whatever reason, we felt like dialogue in the movie clips we used didn’t have the clarity or definition we expected. We tried swapping an A 25 bookshelf into the center channel position and, frankly, preferred its performance. The center channel’s lack of high frequency seems out of place considering the same tweeter is in use as the rest of the speakers.

On the whole, we felt this combination of A-series products did a very good job as a home theater speaker system. The system operated as one unit and made for a very convincing 360 degree sound field. Though we felt the high frequencies were a little forward during music listening, their behavior when reproducing movie tracks seemed appropriately sparkly without sounding compressed or thin. Also, this is where the ASW 250 did its best work as it delivered deep, rumbling bass without audible strain.

The A series from Boston Acoustics are a great example of what the art of compromise in engineering and design can do for a speaker when executed properly. The speakers don’t have super high-grade cabinetry or expensive finishes but they deliver quality sound that is highly musical and several steps ahead of much of the competition’s similarly priced offerings. For those in search of a flexible, musical speaker system that looks attractive and comes at a sweet price point, the Boston Acoustics A series are certainly worth consideration.