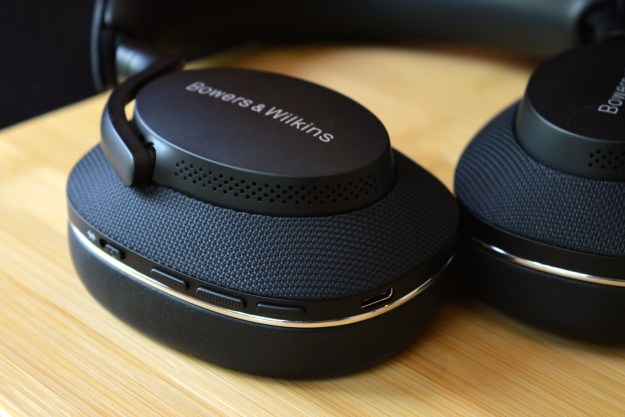 “A stylish set of noise-canceling cans for the discerning audiophile.”

Bowers & Wilkins (B&W) released its flagship noise-canceling headphones, the $400 PX7, in 2019. At that time, the PX7 were competing with the less expensive Sony WH-1000XM3, and the Sennheiser Momentum 3 wireless headphones. But since then, Sony has released both the $350 WH-1000XM4 and the $400 WH-1000XM5, and we know that Sennheiser’s Momentum 4 is coming very soon.

And even more, B&W already has teased the PX8 price.

Clearly, B&W needed to refresh its best offering, which is why we now have the PX7 S2. Sporting a fresh take on a familiar design, the new $400 cans exude the style and sophistication we’ve come to expect from B&W. But has the renowned British audio brand done enough to keep up with its rivals? Let’s check them out.

B&W has made a number of enhancements to the Px7 S2, some visible, some not:

The Px7 S2 are a clear evolution of the style and design that B&W has been using on its wireless headphones since its first P5 model in 2015. They’re available in black, blue, and gray colors, and while this is obviously a matter of personal taste, I think they look fantastic.

The earcups are mounted using a very slender set of single-sided pivots that offer a sleeker look than the exotic-but-beefy carbon fiber-based pivots on the PX7. The joints that connect them to the integrated headband sliders now freely rotate 180 degrees, giving you the option of resting the earcups on your collarbones either face-up or face-down — a rarity in the headphone world. The headband has been widened, and now has more cushioning.

The S2 feel much lighter and they keep your ears cooler than their predecessors.

The earcups have a terraced shape that looks more like the company’s PX5 on-ear headphones. A chrome accent ring now rims the edge of the ear cushions, giving the S2 a little extra touch of elegance. Soft fabrics have been replaced with tougher weaves, giving the S2 a generally sleeker appearance, despite the fact that the earcups are now ever so slightly thicker. Like all of the current crop of premium headphones, the S2 fold flat, but they don’t fold up.

The controls remain largely unchanged. A single “convenience” button on the left earcup and a multifunction button flanked by two volume buttons on the right. As we’ve seen recently on the Master & Dynamic MW75, B&W is now using the Px7 S2’s USB-C port for all physical connections, including charging and both analog and digital audio.

To help with that, two cables are included: a USB-C to USB-C for charging and digital audio and a USB-C to 3.5mm for analog devices. These are stored in a flip-open compartment in the carry case, which now sports a more conventional shape as compared to the PX7’s turtle shell design.

B&W has managed to shave one-tenth of an ounce off the weight of the PX7 for the S2. But that tiny number fails to capture the big increase in comfort that’s been achieved.

That’s no small feat. The PX7 were very comfortable, and I really enjoy the way they conform to my head. But the S2 feel much lighter, which, given the negligible difference in actual weight, must be the result of the wider headband, better cushioning, and a better distribution of clamping force. Surprisingly, they also feel cooler on my ears.

The wider and deeper soundstage brings a new level of immersion to the experience.

I still find the Sony WH-1000XM5 more comfortable for longer periods, but there’s no doubt that B&W has created a very comfy set of cans.

The Px7 S2’s controls are both better, and a bit worse. On the bright side, the left-earcup convenience button can now give you access to your voice assistant. But on the downside, if you assign that role to the button, there’s no way to control ANC/transparency from the headphones.

The right earcup controls are still well thought out, with a central multifunction button for play/pause, call answer/end/reject, and track skip forward/back. But that button is now harder to locate quickly with your thumb because, unlike the PX7, it isn’t raised compared to the volume buttons. It’s textured, while the volume buttons are smooth, but I found that simply doesn’t provide enough tactile feedback. The power button, however, is excellent. Sliding it up or down powers the headphones on/off instantly, while holding it in the upward position triggers pairing mode.

Still, I have to give B&W credit for its wear sensors. Many companies use a single sensor, in just one earcup, which means you need to remove the headphones entirely or lift the relevant earcup to trigger the auto-pause mechanism. On the Px7 S2, both earcups can trigger it, and it works very well. There’s even a sensitivity adjustment in the B&W Music app in case the sensors have trouble with your head/ear shape.

The Bluetooth 5.0 connection is robust and reliable, and if you’re on an Android device, you get the added convenience of Google Fast Pair, which will instantly recognize the Px7 S2 when you trigger pairing mode. As with almost all wireless headphones, multipoint is available for two simultaneous connections. The B&W Music app has a convenient toggle that lets you switch between the two current devices, or you can simply pause the tunes on one and play them from the other.

The Px7 S2 continues Bowers & Wilkins’ reputation for great-sounding headphones with a sound signature that should work beautifully for a wide variety of genres. Bass is resonant and full, but never overbearing, the midtones are articulate and detailed, and the highs are pleasingly clear.

But it’s a noticeably different tuning than the PX7, which has a particularly high-energy sound. The S2, by comparison, are more restrained — a little less shouty, a little more suggestive. I like the new balance, especially as it seems to be accompanied by a wider and deeper soundstage, which brings a new level of immersion to the experience.

With the added bass and treble tone controls, it’s now possible to dial in your preferences, but these won’t be radical changes — B&W has kept their range relatively small, perhaps reasoning that its signature tuning really shouldn’t be tweaked too much.

How do the S2 compare to Sony’s XM5? At this level of performance, it can be tricky to declare an outright winner in terms of sound quality when comparing headphones — it starts to get really subjective —  so I won’t. Instead, let me suggest that if you’re a fan of the way the PX7 sound and you’re thinking of an update, you may actually prefer the XM5 to the Px7 S2. The XM5 possess more of the PX7’s high-energy qualities, while offering greater control in terms of EQ.

But on the flip side, if you enjoy a smoother, less intense performance, I think you’ll really enjoy the S2.

There are no changes from the PX7 in terms of connections — the S2 works with all aptX codecs including the 24-bit/96kHz capable aptX HD, AAC, and SBC. And if you want a truly lossless digital connection from your Android phone or PC, the USB-C input is perfect, letting you avoid the need for an additional digital-to-analog converter. At $400, the Px7 S2 are the least expensive headphones to offer this handy capability, but it’s worth noting that it does not work with iPhones, even with an adapter.

Bowers & Wilkins says it has improved both of these functions from the PX7, and I tend to agree. ANC certainly addresses a greater range of frequencies and has no problem with wind noise or other challenges like variable traffic sounds. Positioning the earcups is key, however — I found that my eyeglasses could easily compromise the effectiveness if I wasn’t careful.

Transparency also is very good, letting in plenty of outside sounds and providing lots of clarity for voices.

But, frankly, the biggest improvement here is how these two features are managed. On the PX7, the convenience button cycles you through high, low, auto, and off modes for ANC. If you want transparency, you need to long-press that button.

For the Px7 S2, it’s radically simplified. Gone are the multiple ANC options and long-presses, replaced with a simple ANC > transparency > off sequence that you move through with each button press.

It’s better, for sure, but not perfect: there’s still no way to jump back and forth between ANC and transparency only if that’s your preference unless you pull out your phone and fire up the B&W Music app.

The Px7 S2 do a superb job of canceling out loud background sounds on your end. Unfortunately, when this happens, your voice will suffer, wobbling a lot and often sounding quite compressed. This isn’t unusual for wireless headphones, but the best models, like the Sony WH-1000XM5, JBL Tour One, and Bose Noise Cancelling Headphones 700 have far less of a problem balancing these competing priorities.

In quiet places, things are much better, so if you’re looking to do Zoom or Teams calls with the S2, just try to avoid doing so outside, especially if it’s noisy.

You can choose between ANC and transparency while on a call, which is very helpful when you want to hear your own voice clearly. Strangely, even though B&W claims there’s no difference in the way ANC and transparency work when on a call or not, I noticed a big difference. ANC works as you’d expect, but transparency mode appears to possess two varieties. The first button press makes general outside sounds audible, while a second press tweaks this to focus more on high-frequency sounds like voices. Maybe it’s a glitch with the beta software I was using for my review, but I liked it and I hope B&W finds a way to keep it.

Unchanged at 30 hours, the Px7 S2’s battery life is perfectly adequate for all but the longest of travel plans. But if you find yourself pushing it to its limits, it only takes two hours to give them a full charge and a new quick-charge feature will give you an extra seven hours for just 15 minutes, which is excellent.

Bowers & Wilkins has brought a series of worthy design and feature upgrades to its PX7 noise-canceling headphones, keeping them current and highly desirable for anyone who values the company’s signature mix of style, sound, and comfort.

At this price, there is only one set of headphones that can compete with the Px7 S2, but they are a worthy competitor indeed: Sony’s excellent $400 WH-1000XM5, which we consider to be the best headphones you can buy, period.

They’re lighter and more comfortable than the Px7 S2, and when it comes to ANC, transparency, and call quality, they’re better performers. With clever features like quick-attention mode and auto conversation modes, the XM5 are the techno-kings of the wireless headphones space.

The gap starts to narrow considerably on things like sound quality and connections. The Px7 S2 support aptX Adaptive, which the XM5 lack, though some would argue that Sony’s LDAC codec is a better choice for wireless hi-res audio. But two areas where the Bowers & Wilkins cans can confidently declare victory are style and their lossless digital audio USB-C port.

With a superb build quality, top-notch materials, easily replaced ear cushions, and a long starting battery life, the Px7 S2 should be able to accompany you for many years of listening. Bowers & Wilkins backs them with a two-year warranty.

Yes. Though pricey, the Bowers & Wilkins Px7 S2 are some of the best wireless headphones you can buy.