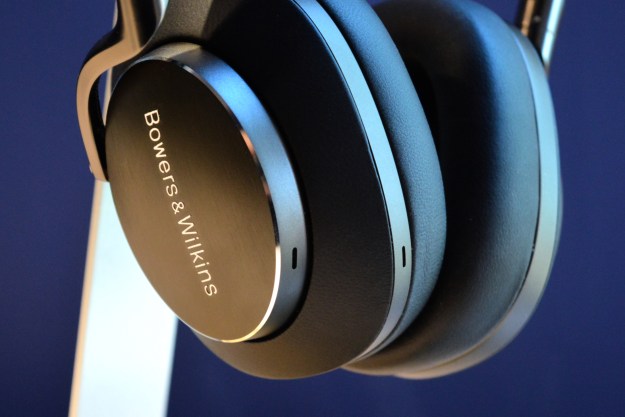 Look, I agree with you. $699 — oh c’mon, who am I kidding, $700 — is a lot to pay for a set of wireless headphones, even if they are the Px8, the new flagship of the Bowers & Wilkins (B&W) personal audio lineup. The truth is once you start to head north of $400, the improvements to sound quality start to taper off and it becomes more about design, materials, and — in a sense — the whole “premium-ness” of the experience.

But if that’s what you seek — a set of wireless headphones that epitomize sophistication, performance, and class — the B&W Px8 will wrap your head in luxury.

The Px8 initially were set to sell for $549. That’s still pricey by most standards, but only $150 more than the $399 B&W Px7 S2, a set of wireless headphones that share a ton of DNA with the Px8. That would have put them on par with the Apple AirPods Max, within spitting distance of the $599 Master & Dynamic MW75, and made them considerably more affordable than the $800 Focal Bathys and $899 Bang & Olufsen Beoplay H95.

But as bad luck (or the economy) would have it, B&W says it goofed on its original pricing, and here we are. Despite teasing us with that lower price, the fact is that when you pull the Px8 from their protective travel case, they look and feel like a truly high-end product. The fit and finish are sublime. From the supple leather on the headband and ear cushions to the perfectly smooth polish of the aluminum sliders and pivots, the Px8 are a feast for the senses.

They manage to be both lightweight yet substantial-feeling — an incredibly difficult balancing act when it comes to headphones. They’re a scant 10 grams heavier than the Px7 S2, but worth it: when you put the Px8 on your head, it’s like coming home. I know from previous experience with the PX7 and Px7 S2 that B&W’s cans are a great match for my noggin, but neither of those headphones feel as good as the Px8. I hate to say it, but real leather makes a real difference.

They squeeze just enough to stay firmly in place, while the ear cushions effortlessly dissipate the pressure. Even with glasses, they’re incredibly comfortable. For really long sessions, I think the Sony WH-1000XM5 are still a better choice. But the XM5’s all-plastic construction is simply not in the same league as the Px8.

I don’t want to come off as sounding petty, but given the price B&W charges for the Px8, it could have been a bit more generous in the accessories department. The competition typically ships with both analog and digital cables, plus a variety of adapters, like USB-A-to-USB-C, 3.5mm-to-¼-inch, and even an airplane adapter. But B&W only includes the two cables.

From a controls perspective, the Px8 are identical to the Px7 S2, which is to say that the basics are all there. In addition to automatic play/pause thanks to built-in wear sensors, the physical buttons give you playback, volume, track skipping, and call management. They could still do with further refinement: the main multifunction button can be a bit tricky to identify from its two companion volume buttons (despite its textured finish), and the convenience button on the other earcup makes you choose between switching active noise cancellation (ANC) modes and being able to summon your phone’s voice assistant. If you choose ANC, you’re forced to toggle through ANC, transparency, and off modes, instead of being able to select from just two modes.

ANC is another area where there’s no benefit to spending the extra $300 over the Px7 S2. It definitely will take the edge off a wide variety of sounds, from traffic to noisy restaurant chatter, but don’t expect the impressive degree of dampening offered by the Sony XM5, Bose Noise Cancelling Headphones 700, or Apple’s AirPods Max. Transparency mode fares better, with a genuinely clear audio window to the outside world.

The best way to experience the Px8 wirelessly is to pair them with an aptX Adaptive- or aptX HD-compatible phone. Sadly, the iPhone is not among that list of devices, and it also can’t take advantage of the Px8’s direct-digital USB-C connection for truly lossless 24-bit audio. Apple folks will need to buy a DAC/amp dongle and use the included 3.5mm-to-USB cable to get an equivalent level of quality.

Whichever way you go, you’ll be treated to superb sound — the Px8 sound great. Clarity, with precision, is the overriding theme, and these cans deliver that across all frequencies while placing you in the middle of an open and immersive soundstage. Out of the box, I found myself wanting a bit more oomph to both the highs and lows. But a few adjustments to the B&W Music app’s bass and treble sliders were all I needed to find my preferred signature.

You may be wondering if the Px8 outperform the more affordable Px7 S2 — after all, they look very similar. It’s a fair question, especially given the effort B&W says it has put into the Px8 through the inclusion of newly developed, full-range, angled 40mm carbon drivers mated to magnets and voice coil motors designed specifically for these headphones.

The verdict? I’ve got good news and bad news. The good: the Px8 are, without a doubt, the best-sounding B&W cans you can buy. The bad (or maybe good too?): the improvements over the Px7 S2 are subtle. I had to spend a good deal of time with each set of cans, paying very close attention how they render a variety of tracks, to figure out where those improvements lie.

After setting the Px7 S2 and Px8 to the same 60% volume, and the same bass and treble adjustments, I swapped back and forth between them over the course of my favorite test tracks and a playlist provided by B&W within the Bowers & Wilkins Music app. The Px8 are a bit clearer through the upper registers, their soundstage is a tad more defined, and there’s a small improvement in how open they sound. I’m guessing most folks will notice the Px8’s bass — it’s punchier and more resonant.

But don’t go into a head-to-head listening session and expect these enhancements to jump out at you. In fact, it wasn’t until I used the USB-C digital audio connection to a PC that I really started to appreciate what the Px8 bring to the table. If you’re listening casually (and wirelessly) — say, while commuting — there’s a real chance you won’t be able to hear these improvements at all.

Those carbon drivers are supposed to be notable for their ultra-low distortion, but I pushed both headphones to volume levels that were downright painful, and which I cannot recommend to anyone for more than a few seconds. I’ll be damned if I could hear more distortion from the Px7 S2 than on the Px8, even as Wolf Alice performed The Last Man On Earth, a track that contains a combination of soaring female vocals and powerful instrumentation — and which would normally reveal these nuances.

On the one hand, that’s not what you would expect from a set of headphones that cost 75% more than their siblings. But then again, the Px7 S2 are among the best-sounding wireless cans you can buy, so at the very least, the same is just a bit more true for the Px8. The Px8 are superior. But 75% superior? No, definitely not.

You won’t find any significant improvements in call quality. In fact, after listening to my test recordings from the Px7 S2 and Px8, it’s remarkable just how similar the voice quality is. Both introduce the same kind of compression and distortion when trying to compensate for competing loud sounds like traffic, and both offer excellent quality when you’re in a quiet environment. In other words, the Px8 are going to be at their best when on Teams or Zoom, or phone calls indoors, where things aren’t too loud around you. They will be a lot less effective when walking on busy streets with lots of traffic.

Battery life on the Px8 is good at a claimed 30 hours, which ends up being closer to 28, depending on how loud you’re listening and whether you’re using ANC a lot. If you’re worried about stamina, the Sennheiser Momentum 4 Wireless may not be as luxe as the Px8, but with a stunning 60 hours of power, they’ll outlast almost anything else. Still, should the Px8 start to flounder, bringing them back to life takes only a few minutes — you’ll score up to seven hours of extra playing time after just 15 minutes of plug time.

I still think that $699 is a lot to pay for a set of wireless headphones, even ones that sound as good as the Px8. But B&W manages to justify that price by delivering a set of cans that will delight your senses of sight and touch too. And for some folks, that will be worth every penny.