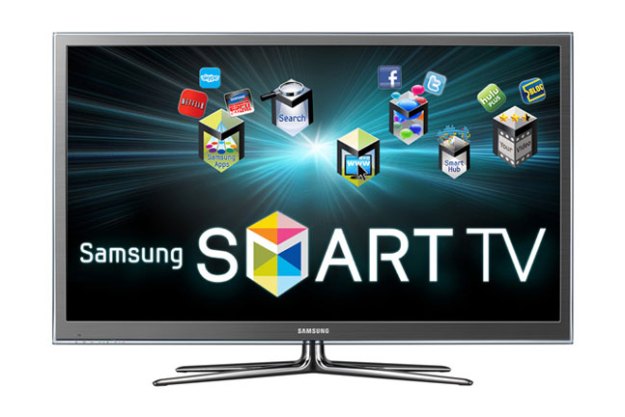 “Given Samsung’s strong brand and the PN64D8000’s excellent performance and slim design, we think it is entirely possible that the Samsung PN64D8000 could redefine the public’s perception of plasma TV technology.”

Samsung D8000 series information: Our review of the 64-inch Samsung PN64D8000 is based on our hands-on look at the 51-inch PN51D8000 television. The observations made apply to the 59-inch PN59D8000. Samsung says that the three TVs have identical specifications (except for dimensions and weight) and performance should be similar.

Samsung’s PN64D8000 TV is a paradigm for the state of the art in plasma TV. It’s light, super thin and, as we’ll soon discuss, looks fantastic. In our Samsung PN64D8000 review, we discuss what it is this TV has to offer, its benefits over the LED camp and under what circumstances you should fast-track this TV to the top of your short-list.

We couldn’t help but chuckle a little bit as we pulled the PN64D8000 out of its box. It’s amazing how thin and relatively light plasma TVs have gotten and how quickly they’ve transformed. Just a couple of years ago, reviewers were describing 95-pound TVs as “svelte.” The PN64D8000 isn’t a featherweight by any means, but at just over 51 lbs (without stand) it’s a far cry from the heft we’ve previously associated with plasmas. As we mentioned, thin is in, and the PN64D8000 is definitely one of the cool kids on the block in that regard. The TV measures 47.1 x 28.3 x 1.5 inches (WxHxD). To put that in perspective, Samsung’s D8000 LED-backlit TV is just .3 inches shallower at 1.2 inches deep.

The PN64D8000 has some of the best “out of the box” performance we’ve ever seen. We did go through with our customary calibration procedure, but not until we had already spent a good amount of time staring wide-eyed at the TV’s outstanding picture. The color accuracy with this set is so naturally excellent that it wouldn’t surprise us to learn that most users never bother tweaking any picture settings.

In a way, witnessing the PN64D8000’s stunning picture was like hitting the reset button for our mind’s eye. Its uniform and accurate production of the color gamut had a warm, calming effect that had us wanting to watch more. We repeatedly thought to ourselves: “This is what a TV is supposed to look like.”

In our own TV buyers guide, we suggest that the LCD TV’s greatest advantage over plasma is its brightness, thus making it a superior option for rooms that see a lot of daylight. However, just as the PN64D8000 closes the thinness gap between plasma and LCD, so it does with brightness potential as well. We have no doubt that this TV can hang in a room exposed to plenty of daylight and still provide viewers with an engaging image.

When it comes to 3D performance, the PN64D8000, once again, earns very high praise. Because we experienced almost no crosstalk, we were treated to a 3D image that had impressive depth. We still aren’t getting that “object is hurling toward your face” effect and there were times when the whole 3D thing just seemed a little unnecessary, but so far this is our favorite plasma set for viewing 3D content.

If you look hard enough, you can find fault with just about any TV’s performance. In the case of the PN64D8000, we had to look harder than usual. If looking for it, some motion jitter can be seen, but show us a TV where that isn’t the case. We also noticed this TV had a tough time with some of the de-interlacing patterns we ran through it. Finally, since there’s so much crammed into this TV in the way of features and functionality, navigating through it might become overwhelming for some.

Given Samsung’s strong brand and the PN64D8000’s excellent performance and slim design, we think it is entirely possible that this TV could redefine the public’s perception of plasma TV technology. If that happens, the divergence in price between plasma and LCD could close significantly. Right now, we’re seeing a street price for this TV at around $1,800. Samsung’s LED-backlit equivalent, the UN55D8000, currently goes for about $2,500 from the same retailers. Granted, the latter is 4 inches larger, but with this plasma from Samsung, you get much better performance in a perfectly pretty and amply sized package. While we’ll be holding off on granting this set our Editor’s Choice award until we’ve had a chance to compare it to its chief competition (the Panasonic VT20), it is certainly in the running. For now, this TV comes with our highest recommendation.