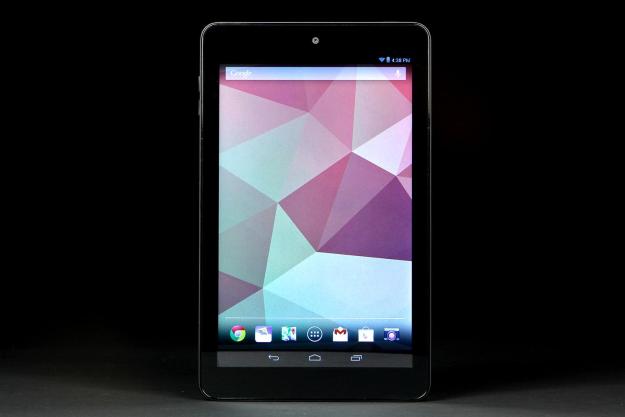 “Dell comes back to the Android tablet world with the $180 Venue 8. It's not groundbreaking or flashy but offers decent enough performance and build quality for a reasonable price.”

It’s been a couple of years since Dell tried its hand at making Android tablets. The Dell Streak 7 followed on the hells of the Dell Streak 5-inch smartphone, neither of which anyone wanted, in the end. Between then and now Dell seems to have spent time learning what regular folk want in a tablet, be they Android or Windows-based. The result is the Dell Venue series.

The Dell Venue 8 is one of two Android tablets-the other being an almost identical 7-inch version coming in at the budget price of $180. We’ve seen our share of sub-$200 Android slates lately and found that the price point doesn’t dictate quality. Can the Venue 8 balance price and value the same way tablets like the Asus Memo Pad HD 7 or is it not even worth the relatively low price like the HP Slate 7?

Kind of a fingerprint magnet

Dell kept the design basic on all of the Venue tablets, opting for a simple, streamlined look similar to the Nexus 7. The Venue 8 won’t win any beauty awards but it won’t be embarrassing to use in public. The soft-touch coating on the back curves around the edges, creating a device that’s comfortable to hold and won’t slip from your fingers easily. The only drawback is that fingerprints show up easily.

The Venue 8 won’t win any beauty awards but it won’t be embarrassing to use in public.

If the Plain Jane-osity of the Venue puts you off, you can opt for the red version. Sometimes a dash of color makes a big difference.

The Micro USB port is on the upper left edge instead of the bottom, making it a little hard to use universal docks with this tablet. Other than that, all the other slots and buttons are where we expect them. Bonus: the MicroSD slot will take cards up to 128GB.

It would be nice if the bezel in front blended seamlessly with the screen, though we do like that it’s wide enough give fingers a place to rest when not tapping.

The 8-inch display is a fingerprint magnet, too. We needed to use the cleaning cloth at least every day, sometimes more than once. The brighter the screen, the less we noticed this. The Venue 8 doesn’t get super bright – just bright enough for use in the sun as long as it’s not a tropical island sun. For its price, the 1280 x 800 pixel resolution is acceptable.

Colors don’t pop as much as they do on the Nexus 7. They are accurate with enough contrast and saturation to make watching video a pleasant experience as long as you keep the screen in a reasonable range. Viewing angles are also not as wide in well-lit rooms as in dim ones because the glossy screen catches reflections easily when off-center. The colors don’t distort, so eliminating bright lights helps.

We’ve said before how much we like 8-inch size for small tablets, and the Venue 8 is a testament to the size. It’s just over 5 inches wide and still in the range where most can wrap a hand around it. Holding it for long reading sessions or hours of gameplay won’t be a problem; the 0.77lbs weight is just right for the size.

You’ll want to grab some headphones or a good Bluetooth speaker for games or watching video because the one speaker on the bottom edge is not your best option. It gets plenty loud, so it’s fine for sharing a short viral video with a friend, but the quality of the audio isn’t great at 100 percent volume and is flat and tinny overall.

It runs a clean version of Android

People who see Android tablets as a blank slate that they can impose their personality upon will appreciate the bare bones approach Dell took with the Venue 8. There’s no skin over Android 4.2.2 nor even a hint of the Dell logo on wallpaper. When you first turn it on you won’t be greeted by a Home screen full of widgets, just a few apps in the dock and the Google search bar. The only two apps Dell added are PocketCloud for remote connection to a PC and PocketCloud Explore for grabbing and sharing files from the same. Otherwise, the tablet is almost as stock as a Nexus device.

This approach has pros and cons. People familiar with Android will fire up the Play Store and download their favorite apps right away. People completely new to Android might feel a bit adrift thanks to the lack of apps and content.

PocketCloud isn’t as robust as other remote access apps like SplashTop nor is it as easy to use. However, we do appreciate the inclusion of the free version since it does have some uses.

It has Intel inside

Most Android tablets run on ARM-based chips such as Qualcomm’s Snapdragon or Nvidia’s Tegra. A dual-core Intel Atom processor drives the Venue 8 backed by 2GB of RAM. Atom is the same family of chips that run low-priced Windows tablets and first came to most people’s attention with the netbook craze. A CPU made for computers should be powerful enough to run an Android tablet, right? Yes, though not any better than competing ARM processors.

The Venue 8 is fast, but it’s not blazing or remarkable either.

Overall, the Venue 8’s performance was fast enough that we can’t call it sluggish, but it’s not blazing or remarkable either. Apps took too long to load and the screen sometimes didn’t pick up a swipe or tap the first time. These issues weren’t so endemic that the Venue 8 got too frustrating to use, so it won’t drive you nuts. For a budget tablet the performance is average.

Our unit was Wi-Fi only, though there is room for a Micro SIM in the same area as the SD card slot. It’s an option that will be available in the US but not yet. Other than b/g/n Wi-Fi, it has Bluetooth 4.0 and GPS that works even when offline.

Not such a great camera

The rear 5-megapixel camera is unremarkable, like most tablet cameras. Dell didn’t mess with the camera app at all, so there are hardly any settings or features to try and make pictures better. You can’t even tap to focus. In decent light, our pictures came out dark and lacked sharpness. Outdoor pictures weren’t much better. This camera will let you barcodes and play augmented reality games, but that’s about it.

The 2-megapixel front camera is also average. Video chatting in well-lit rooms is best since noise is noticeable even in the best conditions.

We feel compelled to note that few, if any, tablets have great rear or front-facing cameras.

The Venue 8 lasted about a day with on and off usage and for a little under 7 hours with continuous mixed use that included videos, music, games, and web surfing. This isn’t as impressive as the Memo Pad HD 7 or the Samsung Galaxy Tab 8.0. It will do for most of you, but don’t count on it for video on a trans-Atlantic flight.

If Dell set out to make a decent middle of the road budget tablet with the Venue 8, it succeeded. It’s not going to wow customers with looks (unless they see the red one) or with performance. It does balance value and price well for people who have to keep to this price point. We still like the Asus Memo Pad best among the small screen budget crowd. If a slightly bigger display is more important to you and the Galaxy Tab 8.0 is outside of what you can afford, the Dell Venue 8 is a workable option.

Video-editing app LumaFusion to get a Galaxy Tab S8 launch
Samsung Galaxy S23 leak teases a disappointing charging spec
Have a Fitbit? You’ll soon be forced to link a Google account
The iPhone 14 gets a stunning transparent back with this new mod
Google Pixel Tablet leak reveals key specs about the mysterious device
Best cheap Fitbit deals for September 2022
The Uber hack is an outrageous tale of a teen hacking for fun
The best Samsung Galaxy S22 screen protectors for 2022
LG’s doomed Rollable phone appears on video to show us what we missed
How to transfer your SIM and phone number to an iPhone 14
Amazon’s new Fire HD 8 tablets run faster, last longer, and start at $100
Samsung Galaxy S22 buying guide: everything you need to know
Watch the iPhone 14’s car crash detection get put to the test