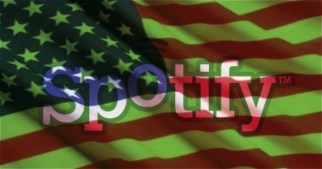 It was a long time coming, but music streaming service Spotify was eventually able to launch in the US a couple of weeks ago after inking deals with the big US music labels.

The Swedish company behind the service is initially making it invite-only to US users, allowing free access to an ad-supported service. Pay $4.99 a month and you can join one of its paid subscription options.

And by all accounts, it’s doing pretty well. So far, according to an All Things D report on Monday quoting a source “familiar with the company’s operations,” 1.4 million users in the US have taken up the invitation to join the service. OK, you say, it’s an invitation to the free version of the service, people are curious, they’re bound to have a look, so what’s the big deal? Well, of those users, 175,000 have signed up to become paying customers. That’s not bad going, is it?

The All Things D report gives the figures some context, explaining that Rhapsody, the largest digital music subscription service in the US, claims to have 800,000 paying users – and that service launched ten years ago. Furthermore, in Europe, where Spotify has been available in seven countries since its launch in 2008, the company currently has somewhere in the region of 1.6 million paying users.

Digital Trends recently compared Spotify with two similar services – Pandora and Grooveshark. Reviewer Andrew Couts broke his analysis down into six categories. The result? Well, Spotify got some pretty high praise. “Spotify took three out of six categories, more than either Grooveshark or Pandora, which makes it my winner in the streaming showdown. And I must admit, it really is all that the hype builds it up to be (and possibly more),” he wrote.